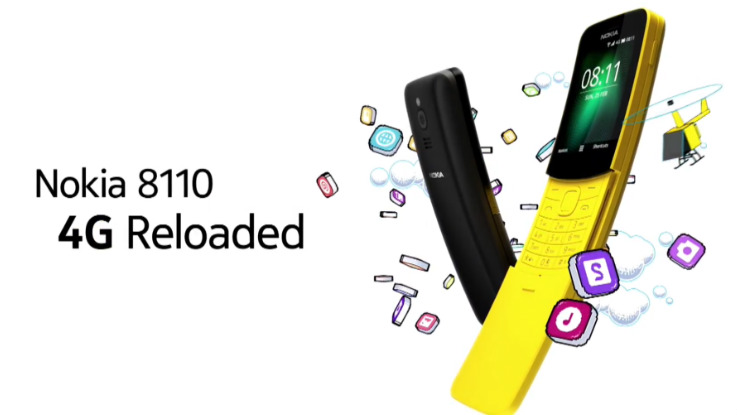 HMD Global has started rolling out a new update to its 4G feature phone, the Nokia 8110 4G. The update brings support for WhatsApp and Facebook.

The company has started rolling out the update across the globe. The new update comes with version number 15.00.17.03 and it weighs around 38MB in size, reports NokiaPowerUser. Once updated, users can simply go to KaiStore and download WhatsApp and Facebook application to start using it. The company rolled out the support for WhatsApp in India earlier this month. To recall, the 4G feature phone runs on KaiOS, which is tweaked version of Firefox OS.

The 4G feature phone comes with a price tag of Rs 5,999 in India. The phone features a 2.4-inch QVGA curved display. It is powered by Qualcomm 205 mobile platform along with 512MB of LPDDR3 RAM and 4GB of storage. The Nokia 8110 feature phone comes loaded with a 2-megapixel rear camera and it features 1500mAh battery. Apart from this, it features WiFi 802.11 b/g/n, Bluetooth 4.1, GPS, micro USB, 3.5mm audio jack and micro SIM slot. And yes, it comes with a revamped version of Snake.

Meanwhile, HMD Global has now again slashed the price of Nokia 6.1 smartphones in India. The phone is now available with a reduced price on Amazon India. The Nokia 6.1 smartphone was launched in India In April last year. The smartphone comes in two variants – 3GB of RAM and 32GB of internal storage which is now priced at Rs 10,550 while the 4GB RAM with 64GB storage option comes at Rs 11,261 on Amazon.