Nokia 6 is now available in India but there is a catch! 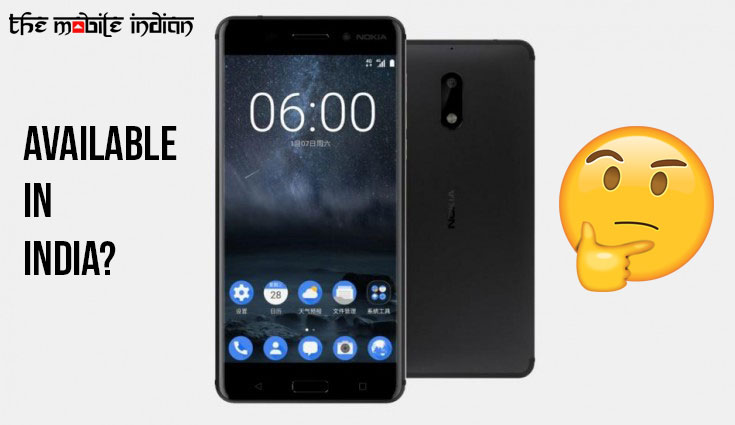 The device recently was sold out in just one minute after it went on sale in China last month. Further, what was earlier mistaken to be flash sales was actually regular sales for Nokia 6, claimed HMD Global earlier this month.

Nokia’s first smartphone from its comeback series has finally made it to India but you would not buy it just yet. Nokia 6, which was launched last month in China is available for purchase on ebay India for a price tag of Rs 32,440. Interestingly, the device is selling for about Rs 16,700 (CNY 1,699) in China so the price tag quoted on ebay India is almost double the price in China.

The seller which is selling the Nokia 6 comes with a name ‘smartphone2017’ and appears to be a fairly new seller on Ebay India even though it boasts a pretty solid positive feedback. If you are not aware, HMD Global now holds all the rights to sell upcoming Nokia devices after the two companies entered in an agreement for the same last year. Now before you raise your hopes and head on to buy this device, we should warn you that neither Nokia nor HMD Global has gone official about Nokia 6 in India. In fact, the company is expected to unveil the device for the global market at the upcoming MWC (Mobile World Congress). So there is a high possibility that this product has been purchased or imported from China and is being sold for a price much higher than its worth. Further, you will surely not get any sort of warranty claim once the device is officially released in India. In short, we would highly recommend you to wait for HMD Global to launch the device in India which is expected to happen sometime around March 2017.

Meanwhile, the device recently was sold out in just one minute after it went on sale in China last month. Further, what was earlier mistaken to be flash sales was actually regular sales for Nokia 6, claimed HMD Global earlier this month.

To brief out the specifications, Nokia 6 comes with a 5.5-inch full HD with a screen resolution of 1920×1080 pixels and 2.5d curved display with Corning Gorilla Glass 3 protection.The company claims that it has taken 55 minutes to machine a single Nokia 6 from a solid block of 6000 series aluminium and received two separate anodising processes. Under the hood, the device is powered by an octa-core Qualcomm Snapdragon 430 processor along with Adreno 505 GPU. The phone is backed by 4GB of RAM and 64GB internal storage, which can be further expanded up to 128GB via microSD. It also houses a fingerprint scanner, which is embedded in its home button.

On the camera front, the smartphone flaunts a 16-megapixel camera with PDAF, 1.0um sensor, f/2.0 aperture, and dual-tone LED flash. While at the front, we have an 8-megapixel front-facing camera with a 1.12um sensor and f/2.0 aperture for selfies and video calling. The Nokia 6 runs on the latest Android 7.0 Nougat and is powered by a 3000 mAh non-removable battery. On the connectivity front, the smartphone offers Dual SIM, 4G LTE, WiFi (802.11 b/g/n), Bluetooth 4.1, GPS, OTG support, Dual speakers, Dual smart amplifiers, and Dolby Atmos.

These gaming phones get a 165W fast charger & support up to…