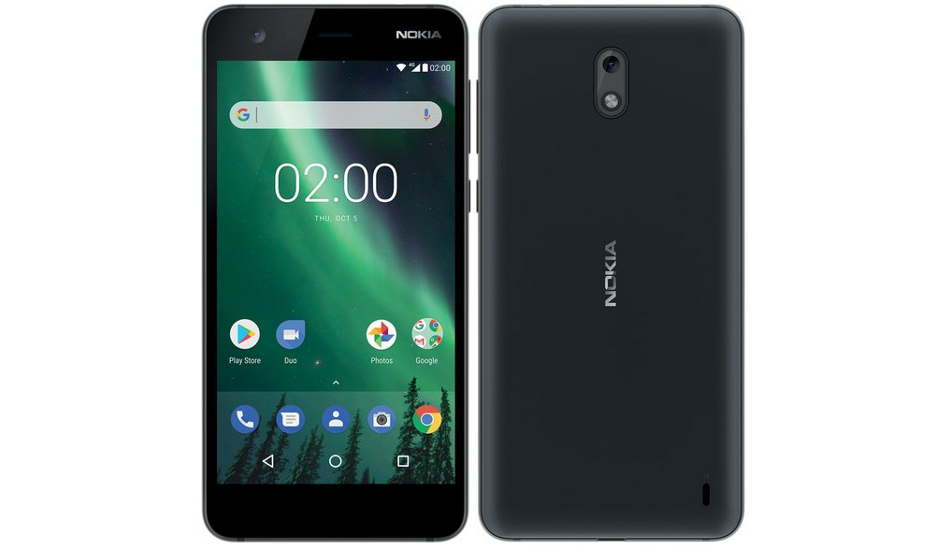 Nokia 2 might feature a 5-inch HD display which will be powered by a 1.27 GHz Quad-core Qualcomm Snapdragon 212 processor.

Nokia 2 whose price was revealedby a US retailer revealed recently has now got the Bluetooth certification from the Bluetooth Special Interest Group (SIG). Nokia 2 will be an entry-level smartphone and it is rumoured for a release in November.

Sadly, the listing does not reveal anything about the hardware specifications of the smartphone. The listing only reveals that the phone has received Bluetooth certification with version 4.2. The listing confirms the Nokia 2 moniker and revealed that multiple versions of the device exist. Nokia 2 TA-1007, TA- 1035, TA-1011, TA-1023 and TA-1029 have been received Bluetooth certifications. 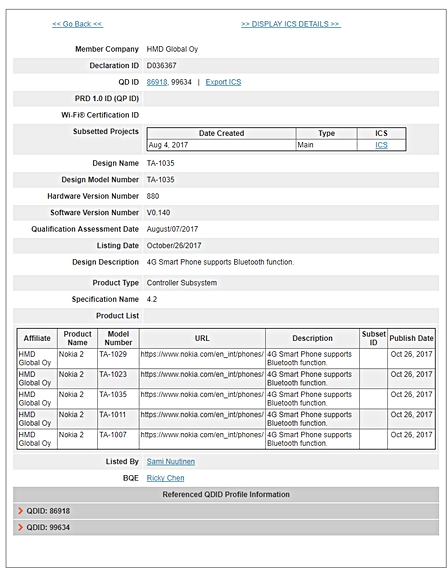 As per earlier leaks, Nokia 2 might feature a 5-inch HD display which will be powered by a 1.27 GHz Quad-core Qualcomm Snapdragon 212 processor. It will come with 1GB RAM, 8GB of internal storage and run Android 7.1.1 Nougat. It is said to feature an 8-megapixel rear camera and a 5-megapixel front camera. The smartphone is said to be available for just $99 (approx. Rs 6,439). It will reportedly come in Black and White colour options.

Share
Facebook
Twitter
WhatsApp
ReddIt
Previous articleHonor’s next flagship smartphone to be launched in India along with China: Huawei Direct Dil Se
Next articleWhatsApp ‘Delete for Everyone feature’ is now rolling for Android and iOS users
RELATED STORIES