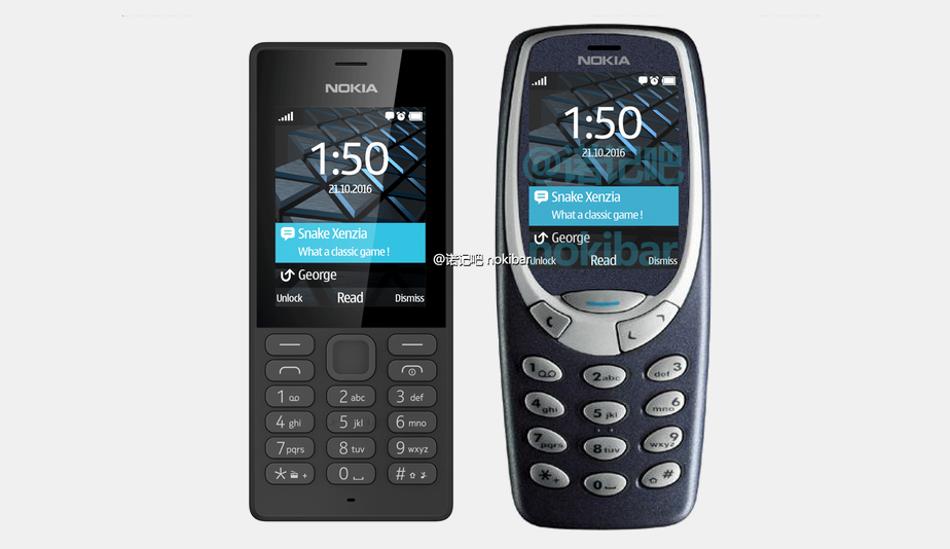 We are Live from the Mobile World Congress where Nokia is all set make its global comeback in the smartphone industry.

Nokia has finally launched its much-awaited comeback series of smartphones. Today in Barcelona, Spain at the ongoing Mobile World Congress, Nokia unveiled four smartphones – Nokia 6, Nokia 5, Nokia 3 and the most talked about Nokia 3310 feature phone. Nokia 5, Nokia 5 and Nokia 3 comes with latest Android Nougat operating system and boast Google Assistant which was only limited to Pixel smartphones (and LG G6) up till now. Nokia’s Cheif Product Officer, Juho Sarvikas claimed that all the Nokia smartphones to offer reliability, great camera performance, solid build quality, a pure android experience which is secure and promises latest updates. Let’s break down all the phones which Nokia launched at MWC 2017 today. 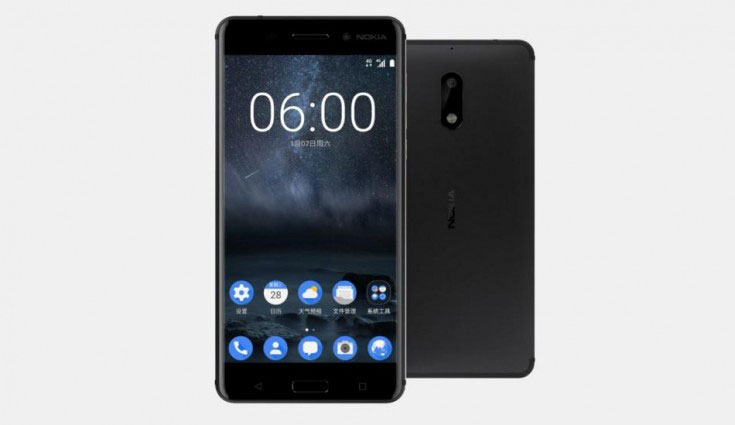 Nokia has now made Nokia 6 global. The smartphone will sell for Euro 229 (approx. Rs 16,000) while the special Art Black Edition will sell for Euro 299 (approx. Rs 21,000) For the specs, Nokia 6 comes with a 5.5-inch full HD with a screen resolution of 1920×1080 pixels and 2.5d curved display with Corning Gorilla Glass 3 protection.The company claims that it has taken 55 minutes to machine a single Nokia 6 from a solid block of 6000 series aluminium and received two separate anodising processes. Under the hood, the device is powered by an octa-core Qualcomm Snapdragon 430 processor along with Adreno 505 GPU. The Arte Black variant is backed by 4GB of RAM and 64GB internal storage, which can be further expanded up to 128GB via microSD. While all the other colour variants come with 3GB of RAM and 32GB of internal storage which is also expandable up to 128GB via microSD card. It also houses a fingerprint scanner, which is embedded in its home button. 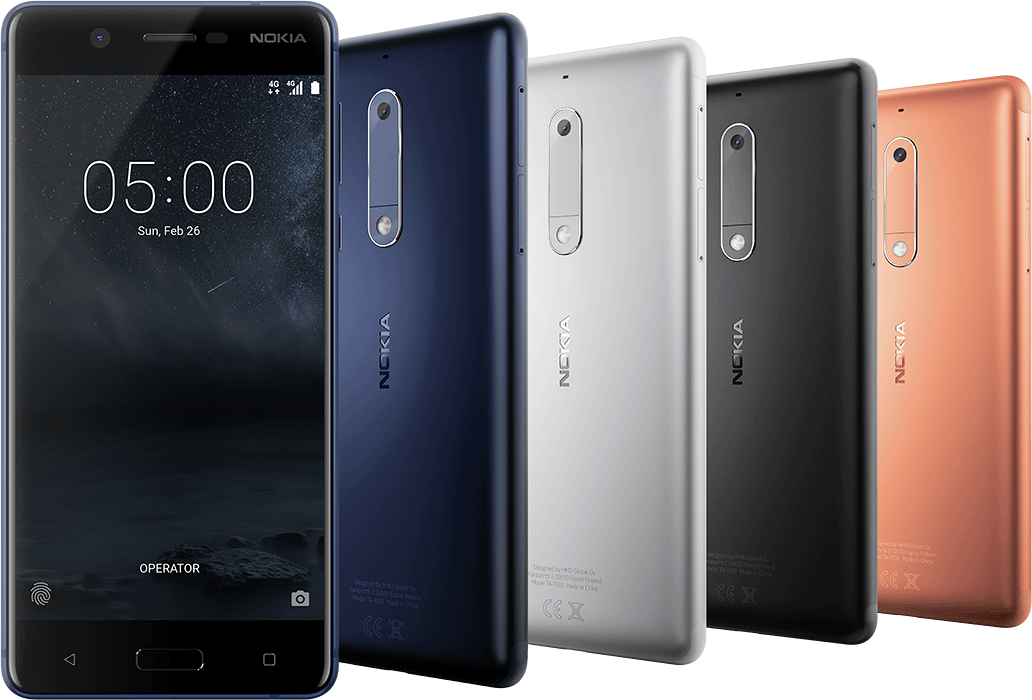 The Finnish giant has launched another smartphone named, Nokia 5, which is more of a smaller sibling of Nokia 6 sporting the same design. The smartphone comes in four colour options such as Tempered Blue, Silver, Matte Black, Copper and will be sold for Euro 189 (approx. Rs 13,000). For the specs, Nokia 5 features a 5.2-inch 2.5D curved HD IPS LCD display with a resolution of 720×1280 pixels. Underneath the hood, the device will be powered by a 1.4GHz octa-core Qualcomm Snapdragon 430 processor, paired with Qualcomm Adreno 505 GPU. For the memory, we have 2GB of RAM and 16GB of internal storage which is expandable up to 128GB via microSD card. Running on the latest Android 7.1.1 Nougat, the smartphone sports a 13-megapixel rear camera with f/2.0 aperture, 1.12-micron pixel size, dual toned LED flash while at the front we get an 8-megapixel camera with f/2.0 aperture, 84-degree field of view and auto focus. Powering the entire device is a 3000 mAh battery and Nokia 5 does have a 3.5 mm headphone jack. 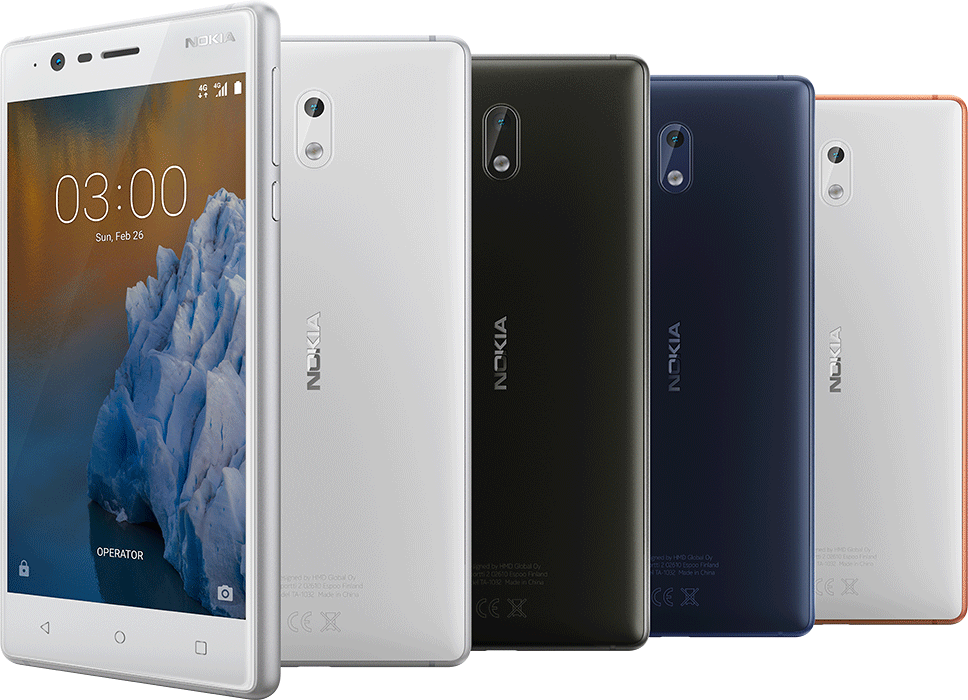 To cater more budget-oriented audience, Nokia has also launched, Nokia 3 which comes with an even more affordable price of Euro 139 (approx. Rs 9,700) The smartphone comes with 5-inch HD 2.5D curved display with Corning Gorilla Glass protection. We get 1.3 GHz Quad-Core MediaTek MTK 6737 chipset with 2GB of RAM and 16GB of internal storage which is expandable up to 128GB via microSD card. Nokia 3 runs on Android 7.0 Nougat and packs in a 2650 mAh battery inside. For the optics, we get a combination of 8-megapixel cameras on both front and back with f/2.0 aperture, 1.12-micron pixel size along with LED flash at the back and display flash at the front. For connectivity, we haveMicro USB (USB 2.0), USB OTG, Bluetooth, Wi-Fi, GPS and NFC for sharing. Apart from this, we getAccelerometer (G-sensor), ambient light sensor, e-compass, fingerprint sensor, gyroscope, and a proximity sensor. The device measures at143.4 x 71.4 x 8.48 mm 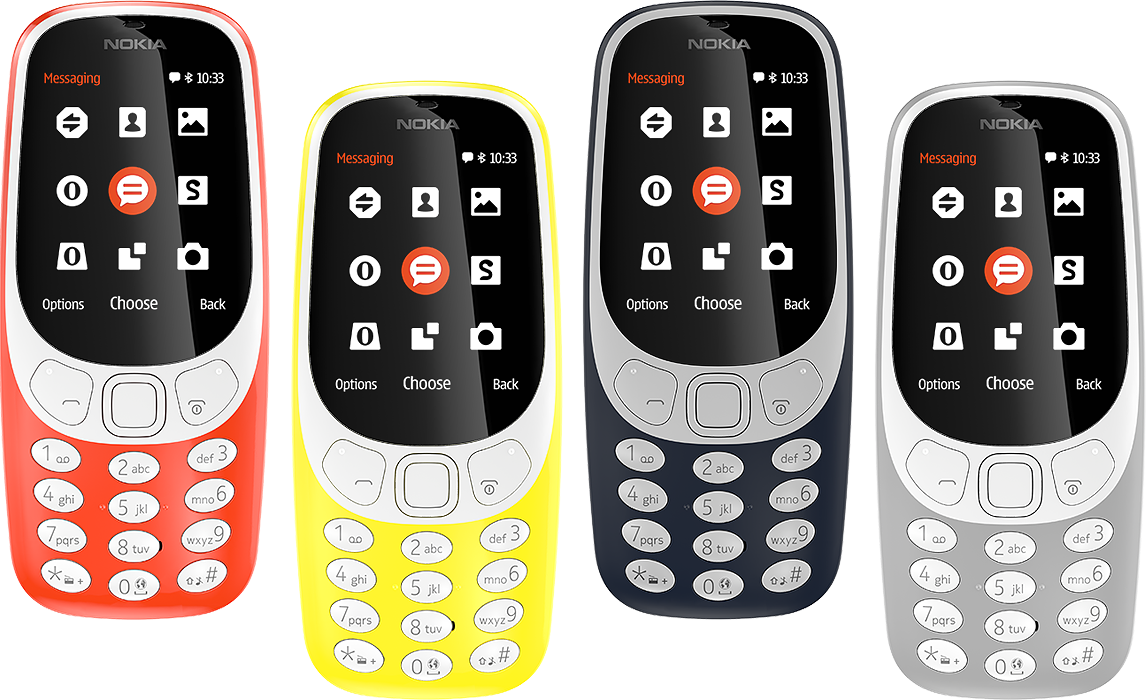 Finally! Nokia has relaunched the nostalgic 3310 feature phone. The phone will sell for Euro 49 (approx. Rs 3,400) and will come in four colour variants namely Warm Red (Glossy), Dark Blue (Matte), Yellow (Glossy), Grey (Matte). The Nokia 3310 comes with a 2.4-inch QVGA screen along with a decent 16GB internal storage for a feature phone. Further, this storage can be expanded up to 32GB via micro SD card. We get a 2-megapixel rear camera with LED flash along with Nokia Series 30+ operating system. For the fuel, the 3310 packs a 1200 mAh battery which Nokia claims can last you 22.1 hours of talk time, 31 days of standby, 51 hours of MP3 playback and 39 hours FM radio playback. In terms of connectivity, we get Micro USB (2.0), Bluetooth 3.0 with SLAM, 3.5 mm headphone jack and 2G network connectivity.

Nokia 6, Nokia 5 and Nokia 3 will be available for purchase sometime in Q2 2017 and is expected to enter the Indian smartphone market by May 2017.