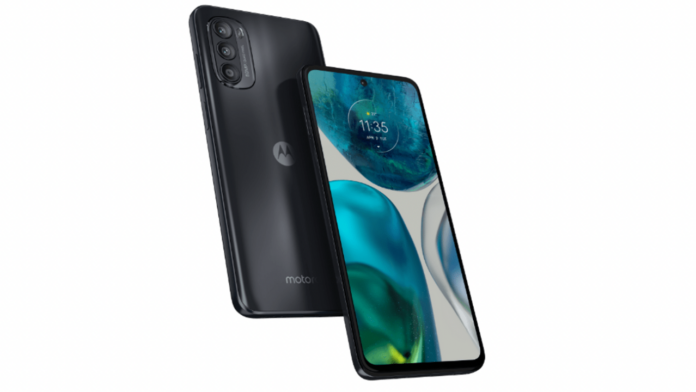 Motorola has launched a new smartphone in Europe namely the Moto G52 which comes with a Snapdragon 680 processor and other features such as triple rear cameras, 90Hz refresh rate display, and dual stereo speakers with Dolby Atmos support. The device succeeds the Moto G51 that debuted last year.

Moto G52 costs EUR 249 (approx Rs 20,600) for the sole 4GB + 128GB storage variant. It is available in Charcoal Grey and Porcelain White colour options. The Motorola phone will go on pre-orders across select European markets later this month. Moreover, the company also confirmed that the Moto G52 will soon launch in India and Latin America in “the coming weeks”.

Moto G52 features a 6.6-inch full HD+ OLED display with 2400 x 1080 pixels resolution. Further, the display comes with a 90Hz refresh rate and a 20:9 aspect ratio. Moto G52 packs the Snapdragon 680 SoC which is paired with up to 6GB of RAM and 128GB of storage. In addition, the storage is expandable up to 1TB via a microSD card. Further, it comes with 3GB of virtual RAM.

As for software, the handset runs on Android 12 out of the box. There’s also a 5,000mAh battery with 30W fast-charging support. It includes a side-mounted fingerprint scanner for security. The phone also has face recognition as well. The phone is IP52 rated as well for dust and water resistance. Connectivity options on the phone include Wi-Fi 802.11 a/b/g/n/ac, Bluetooth v5, GPS, A-GPS, GLONASS, LTEPP, SUPL, Galileo, 3.5mm headphone jack and a USB Type-C port.