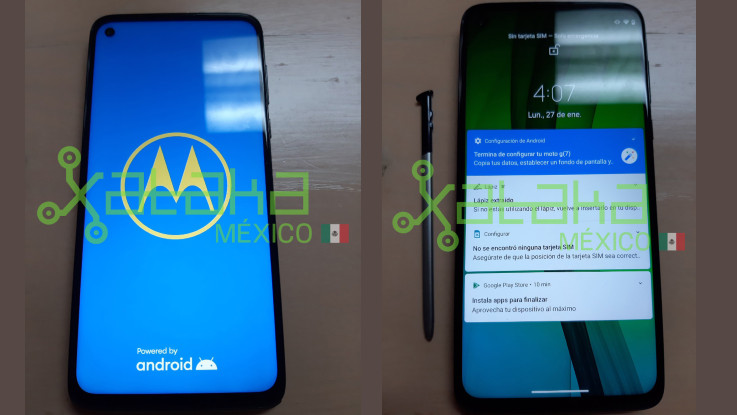 Moto G Stylus 5G has been spotted on the GeekBench listing as per which the phone will be powered by the Snapdragon 480 5G chipset paired with 6GB RAM. On the software front, the phone boots Android 11. It scored 502 points in the single-core test and 1,651 points in the multi-core department.

Apart from the Geekbench, Moto G Stylus 5G has received Bluetooth SIG certification which revealed the phone will support Bluetooth 5.1 connectivity. A separate listing on UL Demko revealed the device will pack a 5,000 mAh battery with 10W charging.

As per recently leaked render, Moto G Stylus 5G will feature a hole in the left corner of its display and a thick bottom chin. At the back, there is also a Motorola batwing logo that sits in the center which will also act as a fingerprint scanner.

The phone has a quad-camera setup and there is a pill-shaped LED placed horizontally below the cameras. The top of the phone is bare while at the bottom, there is a 3.5mm audio jack, a USB-C port, a microphone, a speaker grille, and a stylus pen port.