Moto 360 (3rd Gen) has been released in India. It has a circular AMOLED display and comes with a big battery that supports fast charging. 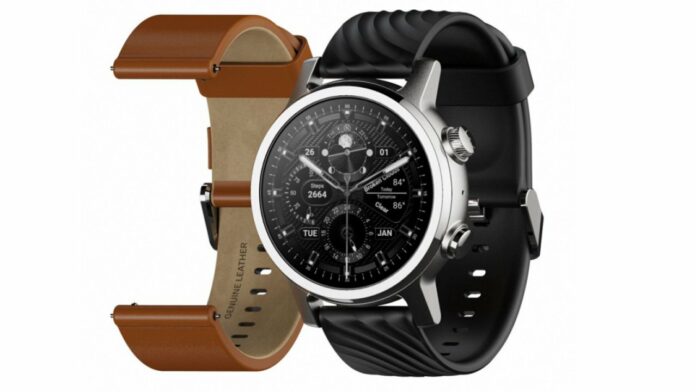 Moto 360 (3rd Gen) is finally launched in India. The watch was found listed on India’s Flipkart at the end of May. After two months, the smartwatch is now available for purchase in the counrty.

Let’s take a look at the Motorola new smartwatch price in India, specifications, and other details.

Moto 360 (3rd Gen) has been launched for Rs 19,990. It comes with a warranty of two years. The smartwatch can be purchased in two colours such as Black and Grey on Flipkart.

The new Motorola smartwatch sports a 1.2-inch circular AMOLED display with a resolution of 390 x 390 pixels and Gorilla Glass 3 protection. The stainless steel circular dial has two buttons on the right edge.

Under the hood, the watch is powered by the older Qualcomm Snapdragon Wear 3100 chipset paired with 1GB RAM and 8GB internal storage. The Moto 360 runs on WearOS by Google and it comes with 355mAh battery with fast charging support. The battery takes about an hour to charge fully and is rated to last a day.

Users can pair the smartwatch with any smartphone running Android 6.0 or later (excluding Go Edition), iOS 12.0 or higher.

The new Motorola smartwatch features a 3ATM rating to provide water resistance up to 30 m. Moreover, this smartwatch lets you access several watch faces and a selection of compatible bands to match your fashion choices at any time. Sensors onboard include accelerometer, gyroscope, barometer, ambient light sensor, and a heart rate sensor.

On the connectivity front, the wearable comes with Bluetooth 4.1, single-band WiFi, GNSS (GPS, GLONASS, BeiDou, GALILEO), and NFC. It weighs 52 grams and is 11.68mm thick.