Micromax has confirmed it will be launching two new Air Funk TWS earbuds in India tomorrow. They will launch alongside Micromax In 2b. 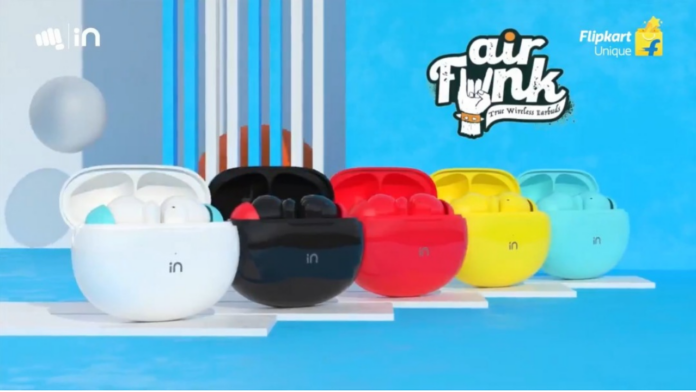 Micromax has confirmed it will be launching two new TWS earbuds tomorrow alongside the launch of the Micromax In 2b. Both of the TWS earbuds by Micromax will be called Air Funk and will be available in five colours each.

The confirmation comes from Rahul Sharma himself, who is also the co-founder of Micromax. He says that Micromax, alongside the Micromax In 2B, will also be bringing two new ‘funky audio products’ that will be called Air Funk.

Both of the TWS earbuds seem to have different shape and size. While one of them could have a stem, the other one is confirmed to not have it. The video ends with the launch date being July 30, and the time being set for 12 noon. There’s no confirmation regarding the pricing or specifications of the Air Funk TWS earbuds from Micromax, as of now.

Micromax In 2b Specifications (Rumoured)

The phone is said to feature a 6.5-inch LCD display with HD+ resolution according to the leaked specs. Under the hood, the phone will be powered by a Unisoc T610 chipset.Further, the device is said to come in a single variant with 4GB RAM and 64GB storage. As for the software, the device will run Android 11 out of the box.

For the camera department, the Micromax IN 2B will feature a dual rear camera setup. This will include a 13-megapixel primary main camera and a 2-megapixel secondary sensor. In addition, for selfies, the phone will come equipped with an 8-megapixel camera. Lastly, the phone will be fuelled by a 5000mAh battery with 10W charging support.

The phone will be available in three colour options that include – Black, Green and Blue. The company claims to offer 160 hours of music playback, 50 hours of talk time, 20 hours of web browsing, and 15 hours of video streaming on a single charge. The company is teasing it with #NoHangPhone and says, “We’re bringing you the power you need.”