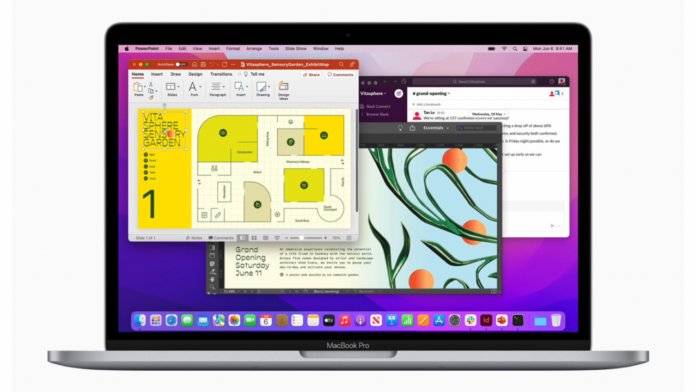 Apple’s new MacBook Pro (2022) with the M2 chip went official a few days back and its pre-order date for India have now been revealed. The MacBook Pro (2022) offers up to 24GB of unified memory and has up to 2TB of storage. It features a 13-inch Liquid Retina Display and up to 20 hours of battery life.

Apple earlier confirmed the new MacBook Pro will begin arriving to customers, and will be available in select Apple Authorised Resellers next month. As for pre-orders of the MacBook Pro (2022), they will begin on Friday at 5.00am PDT (5.30pm IST) via the company website, Apple Store app and authorised resellers. Its sale will begin from June 24. Apple is also offering the device with no-cost EMIs starting at Rs 1,667.

The 13-inch Apple MacBook Pro has been updated with the new M2 CPU under the hood. With a faster 8-core CPU and 10-core GPU, working with RAW images in apps like Affinity Photo is nearly 40 percent faster than the previous generation, and up to 3.4x faster for users who are upgrading from a model without Apple silicon. The MacBook Pro 2022 has the same force touch trackpad, touch bar, and physical function keys as the previous models.

With support for ProRes encode and decode in the media engine of M2, users can play back up to 11 streams of 4K and up to two streams of 8K ProRes video. And they can convert their video projects to ProRes nearly 3x faster than before. The 13-inch MacBook Pro delivers battery life with up to 20 hours of video playback.