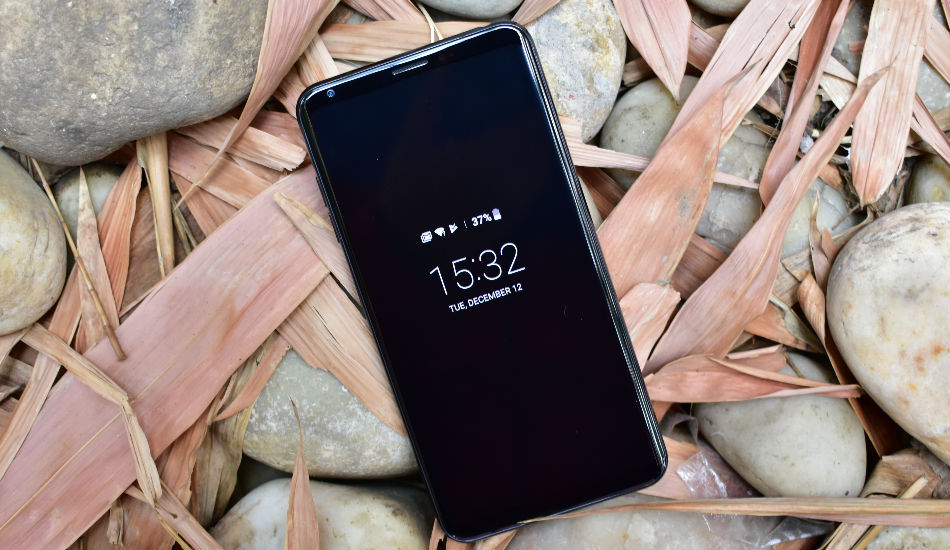 The update is currently rolling out in Korea, but it is likely to release in more regions in the coming weeks.

LG has recently launched V30+ in India for Rs 44,990 with Android 7.1.2 Nougat operating system. The company has now started rolling out the Oreo update to LG V30 and V30+ smartphones, as per a report of TheAndroidSoul. LG rolled out Android Oreo Preview update for its V30 smartphone last month.

The update is currently rolling out in Korea, but it is likely to release in more regions in the coming weeks. The Android 8.0 Oreo update is currently available as an OTA but can be manually downloaded to the phone. Users can go to Settings> About Phone, to check for the latest update.

The only difference between the V30+ and V30 is the storage option. The former comes with a 128GB of internal storage, while the latter sports a 64GB of memory. Both the smartphones feature a 6.0-inch Quad HD+ OLED FullVision display with a screen resolution of 2880 x 1440 pixels and an aspect ratio of 18:9. They are powered by the Qualcomm Snapdragon 835 processor along with 4GB of RAM and 64GB/128GB of internal storage, which can be further expanded up to 2TB via micro SD card slot.

On the imaging front, the devices sport a dual rear cameras with a 16-megapixel standard lens with aperture f/1.6, optical image stabilization (OIS), electronic image stabilization (EIS) and hybrid autofocus that combines both Laser Detection Auto Focus and Phase Detection Auto Focus and 13-megapixel wide-angle lens with aperture f/1.9 and a 120-degree field of view. For the front, there is a 5-megapixel selfie shooter with a wide-angle lens.

Both the smartphones run on Android 7.1.2 Nougat and are backed by a 3,300mAh battery. The phones also come loaded with Quick Charge 3.0, that the company claims can charges the device from empty to 50 percent in around 30 minutes. They offer wireless charging as well. On the connectivity front, they support 4G LTE, Bluetooth 5.0, Wi-Fi 802.11 a/b/g/n/ac, Bluetooth 5.0 BLE, NFC, USB Type-C 2.0 and dual-SIM slot.

The smartphones feature a 32-bit Advanced Hi-Fi Quad DAC powered by EES Technology’s SABRE ES9218P. The Hi-Fi Quad DAC will come with two new features including digital filters and sound presets. For security, the company has added face recognition, voice recognition, which uses a combination of user’s voice and user-defined keywords to unlock the smartphone, and fingerprint sensor.