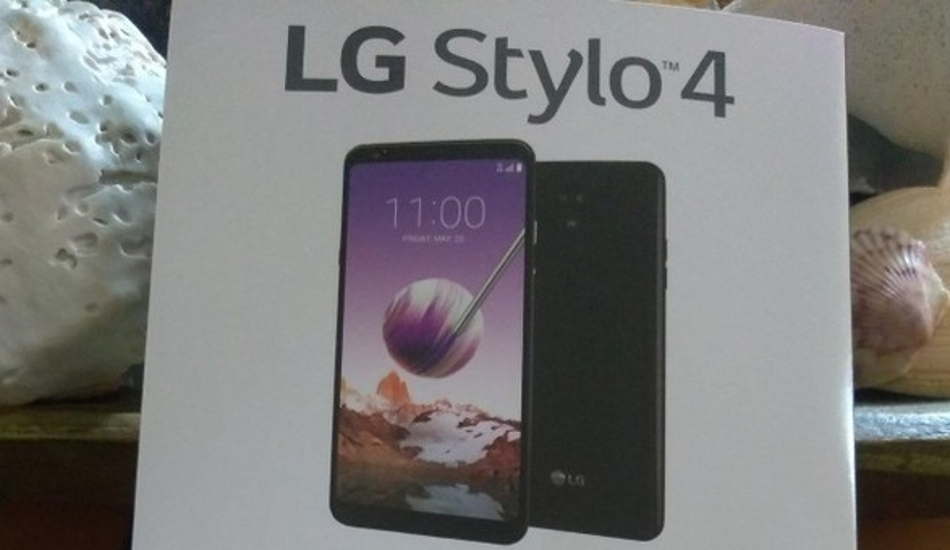 On the camera front, the LG Stylo 4 sports a 13-megapixel shooter with LED flash and a 5-megapixel wide-angle front-facing camera for selfies and video chats. The smartphone also houses a rear-mounted fingerprint scanner for enhanced security.

LG is working on a new smartphone which is named as LG Stylo 4. The specs of the said smartphone have been now been leaked online. As of now, the pricing and availability of the smartphone is not known.

As per the specs leaked by Slashleaks, the LG Stylo 4 features a 6.2-inch TFT FullVision display with 18:9 aspect ratio. It comes equipped with Qualcomm Snapdragon octa-core processor clocked at 1.8GHz. The smartphone comes with 2GB of RAM, 32GB of internal storage and 2TB of expandable memory. It runs Android 8.1 Oreo out of the box. It comes packed with 3,300mAh battery. The device also comes with a stylus to give a look and feel of an actual pen when writing on the screen.

On the camera front, the Stylo 4 sports a 13-megapixel shooter with LED flash and a 5-megapixel wide-angle front-facing camera for selfies and video chats. The smartphone also houses a rear-mounted fingerprint scanner for enhanced security. Besides, the smartphone is expected to feature standard connectivity features like 4G LTE, WiFi (802.11a/b/g/n/ac), GPS/AGPS, Bluetooth 4.2 and a micro USB port. The handset measures 6.3 x 3.06 x 0.32 inches and weighs 6.017 ounces.

LG recently announced the new Q Stylus series of smartphones which comes in three variants – Q Stylus, Q Stylus+, and Q Stylusα. The LG Q Stylus (all variants) comes with a military grade durability that’s certified with MIL-STD 810G while only the higher two models get protected with an IP68-rated water and dust resistance.