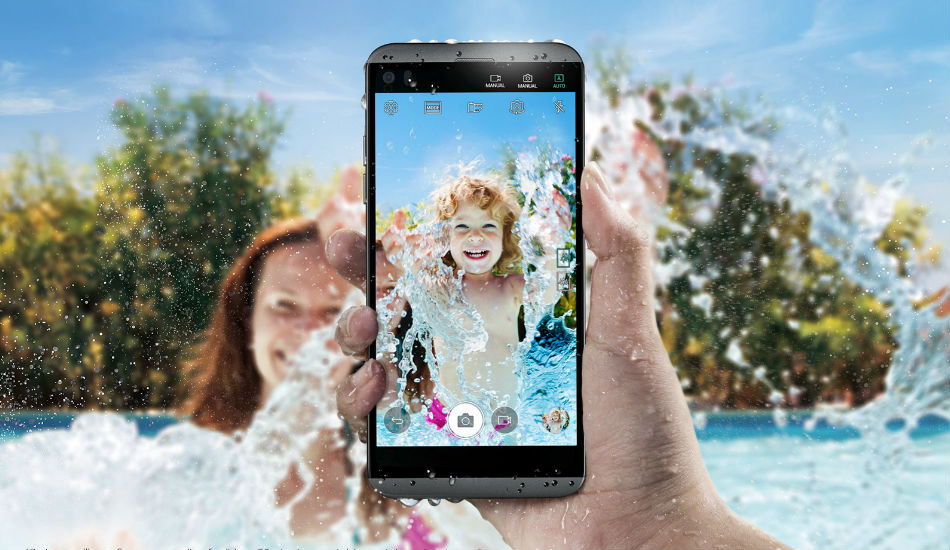 The smartphone comes with an IP67 certification, which makes it water and dust resistant.

LG has quietly launched a new smartphone under its new Q series known as LG Q8. The smartphone is dubbed to be a mini version of company’s popular LG V20 and it comes loaded with some interesting specifications and design.
Starting with the design, the smartphone comes with a metal body and just like LG V20, there is a secondary display as well. The smartphone comes with an IP67 certification, which makes it water and dust resistant. On the display front, the device features a 5.2-inch Quad HD display with a screen resolution of 2560 x 1440 pixels and a pixel density of 564ppi. The screen is protected with Corning Gorilla Glass 4. The secondary display has a screen resolution of160x1040 pixels.
On the hardware front, the device is powered by a quad-core Qualcomm Snapdragon 820 processor along with Adreno 530 GPU. The phone is backed by a 4GB of RAM and 32GB of internal storage, which can be further expanded up to 2TB via micro SD. The phone runs on Android 7.0 Nougat with company’s UX 5.0 running on top of it.
You might also like this:
On the camera front, the device sports dual rear cameras which comes with a combination of 13-megapixel main sensor with 28mm lens (78 degree), F1.8 aperture, 1 / 2.6 “sensor with 1.12μm pixels, Optical Image Stabilizer up to 2 Dual Flash LEDs and a secondary 8-megapixel sensor with 10mm wide-angle lens (135 degree) with aperture F2.4, 1/4 “sensor with 1.12μm pixels. For the front, there is a 5-megapixel shooter with wide angle 120-degree lens, F1.9 aperture, 1/5 “sensor with 1.12μm pixels.
The phone is powered by a 3000mAh battery, which the company claims give a standby time of 100 hours and talk time of up to 4 hours. On the connectivity front, the phone support 4G LTE, Bluetooth 4.2, dual-band WiFi 802.11a/b/g/n/ac, infrared port, A-GPS, GLONASS, DLNA, Miracast, NFC and USB Type-C port. The device measures 149 x 71.9 x 8mm and weighs 146 grams.