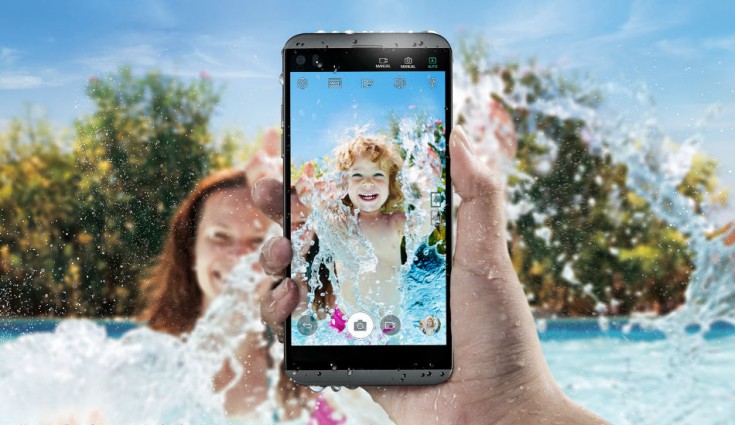 The LG Q8 (2018) smartphone comes with an IP68 certification, making it water and dust resistant and a military grade durability with MIL-STD 810G. It also comes with a built-in stylus with pop-memo, GIF editing and more. For audio, it includes Hi-Fi quality audio, DTS:X 3D Surround Sound, and Hi-Fi Quad DAC.

LG has announced the launch of its latest smartphone in the Q series – LG Q8 (2018) in Korea. The smartphone is priced at 539,000 Korean Won which is approximately Rs 32,870. It will be available in Aurora Black and Moroccan Blue colours.

The LG Q8 (2018) smartphone comes with an IP68 certification, making it water and dust resistant and a military grade durability with MIL-STD 810G. It also comes with a stylus pen that lets users take memos directly on the display. A ‘Pop memo’ feature enables note-taking instantly from any screen. Other features include drawing images and edit GIFs. For audio, it includes Hi-Fi quality sound, DTS:X 3D Surround Sound, and Hi-Fi Quad DAC.

The smartphone features a 6.2-inch full HD+ FullVision display with 2160 x 1080 pixels resolution and an aspect ratio of 18:9. A 1.8GHz Octa-Core Snapdragon 450 processor with Adreno 506 GPU powers the device. It also has a fingerprint sensor at the back.

It has 4GB RAM, 64GB internal storage and an expandable memory up to 2TB via microSD card. For the camera department, the smartphone is equipped with a 16-megapixel rear camera with LED Flash and PDAF and 5-megapixel front camera with a 100-degree super wide angle lens.

As of now there is no information about its launch in India, but even if it launches in India, the smartphone will compete with other handset players like Asus, OnePlus and Samsung at this price point.