LG G2 hands on: Something different from the league

The timing of LG G2 seems perfect as the festive season is just about to begin.

In the last couple of weeks India has witnessed the launch of two high-end smartphones, namely Samsung Galaxy Note 3 and Sony Xperia Z1. 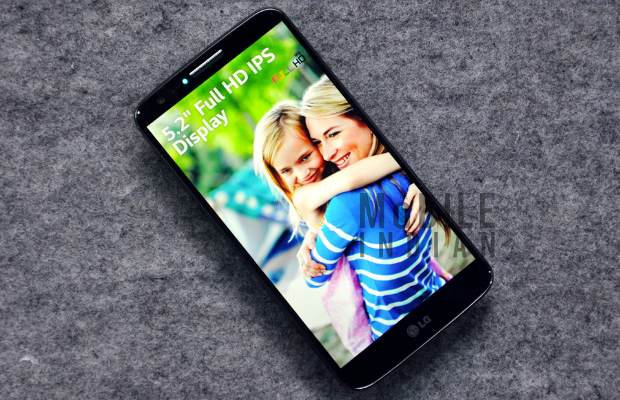 Yesterday, it was the turn of LG to launch its latest flagship smartphone G2, which the company claims has been designed based on feedback from users across the globe. 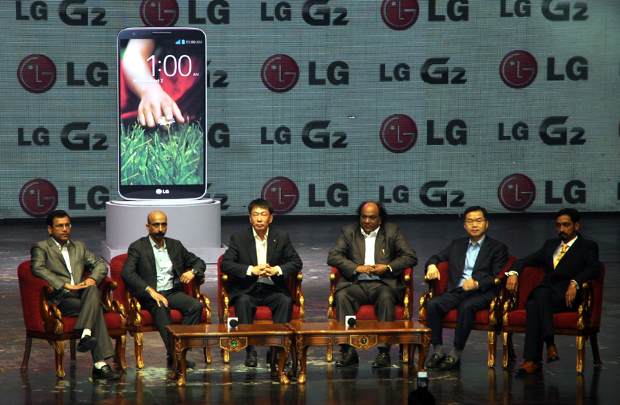 The launch of LG G2 seems perfect as the festive season is just about to begin in the country. We spent some time with the device during its launch at an event in Delhi. Here is our first impression of it. 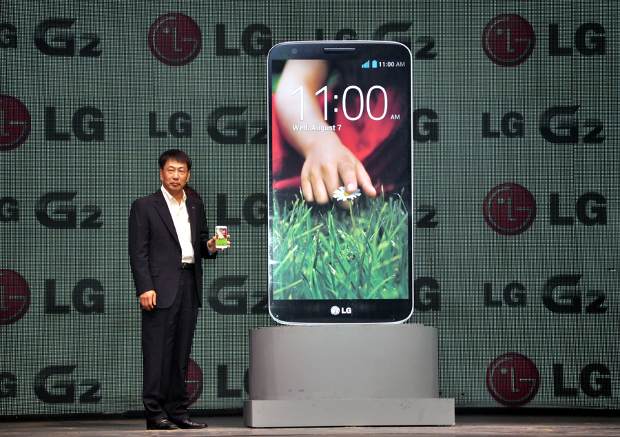 Besides, the LG G2 has a 13 megapixel camera at the back with optical image stabilisation that claims to be able to click high quality photos in low light conditions. There is an LED flash and auto focus to aid better images. By default, the camera can record full 1080p HD videos. In the front there is a 2.1 megapixel camera which too can support HD video calling. 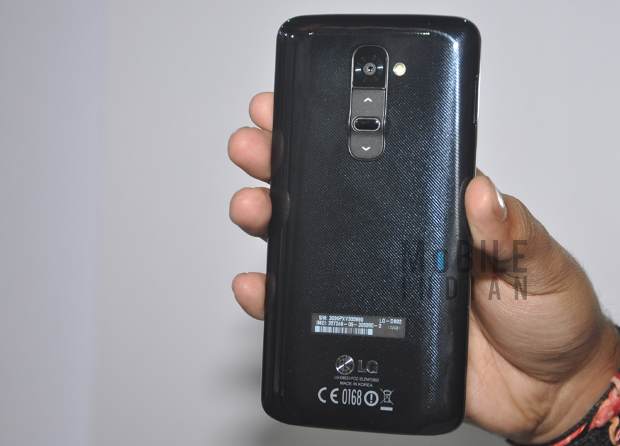 LG G2 is also said to bring a number of features through its Optimus user interface. One such feature is Answer Me that automatically decreases the ringtone when the phone is drawn closer to the ear. The new Slide Aside feature allows multi-tasking by using three fingers on the display. Audiophiles will enjoy the 24-bit sound at 192 kHz frequency. LG has packed a 3000 mAh battery which is quite big for a smartphone.

There is no expandable memory slot in the LG G2. The smartphone comes with WiFi, Bluetooth, DLNA and GPS. It has only a single SIM (micro SIM) slot.

LG G2 looks somewhat like Samsung’s Galaxy S4. It has a body made of plastic but the major attraction of the device is that one will not come across any physical buttons on the side panels; instead the volume rocker and power button are placed on the back panel just below the camera, which can be accessed using the index finger. 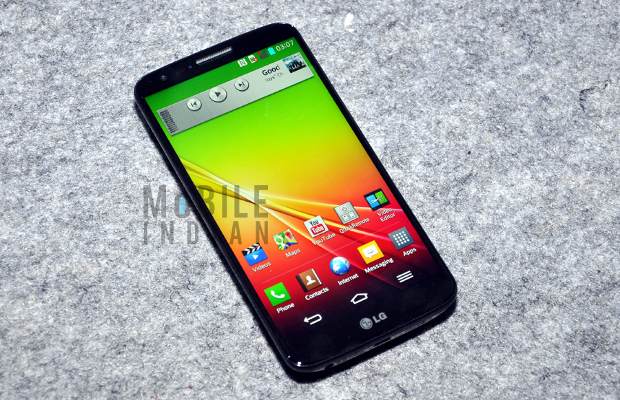 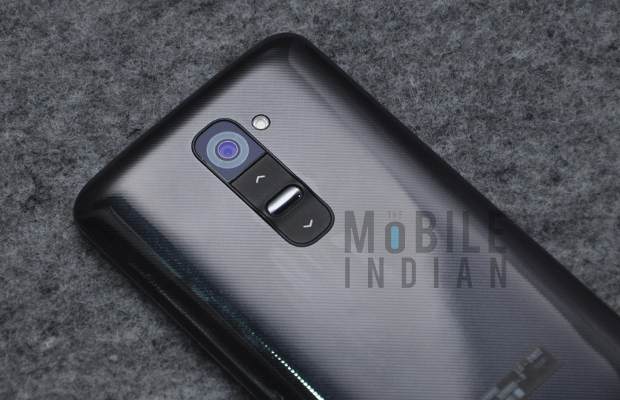 The bottom panel of the G2 houses a 3.5 mm headset jack, micro-USB port, speaker grill and microphone. On one of the side panels you will find a micro Sim slot. The back panel of the phone is not removable.

The 5.2 inch display doesn’t look like a tower; instead it is quite manageable and easy to use. Overall in terms of design the unique placement of the power button and volume rocker is the USP of the device.

LG G2 has a 13 megapixel rear camera along with optical image stabilization. One can also use the rear facing volume rocker as a shutter button. Image quality was good in bright light. I will be able talk in detail about output quality in different lighting when I do a complete review of the device. 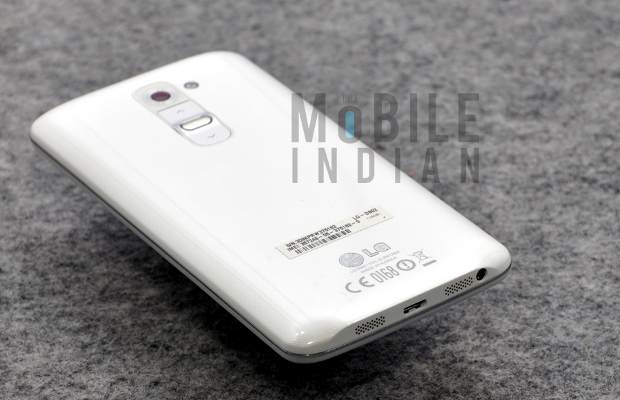 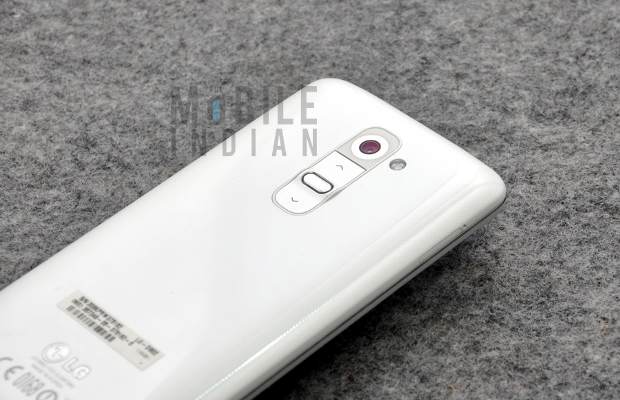 The camera app of LG G2 has some inserting features like Shoot and Clear mode, which removes moving objects from your photos. This feature is not unique to G2 but nevertheless is a cool feature to have. Even the video quality of G2 was satisfactory and optical image stabilization was able to handle jerks.

LG has been known for its display screen and G2 is not an exception. The 5.2 inch display of LG G2 was really good. It was bright and had rich color. Even viewing it at different angles was not an issue. 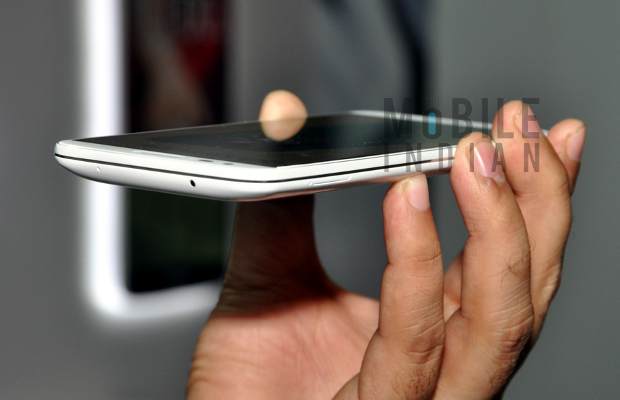 LG G2 will come in two storage variants 16 GB and 32 GB, and is quite attractively priced at Rs 41,500 and Rs 44,500 respectively. The new button positions are an interesting proposition and once one gets used to them they will be quite handy. 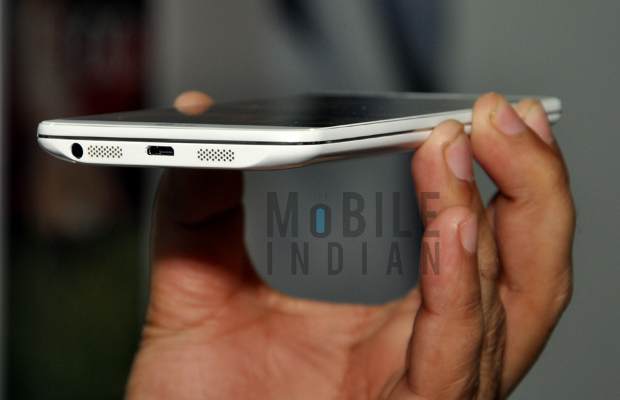 LG has tried to give something different from the league (in terms of button placement) and it looks good. We will share our final take on the device, in terms of its performance and battery backup, when we review it next week. Till then keep reading The Mobile Indian.