Lava Z93 comes with a market operating price (MOP) of Rs 7,999 and it is available in Charcoal Blue and Royal Blue colour options.

Lava International Limited has today announced the launch of a new budget-centric smartphone in India, known as Lava Z93. The smartphone comes with a market operating price (MOP) of Rs 7,999 and it is available in Charcoal Blue and Royal Blue colour options.

The major highlight of the Lava Z93 is the new Smart AI Gaming Mode that allows users to play graphic-intense games with graphic acceleration. The company has partnered with Gameloft for the enhanced gaming experience of their popular games like Asphalt & Modern Combat. 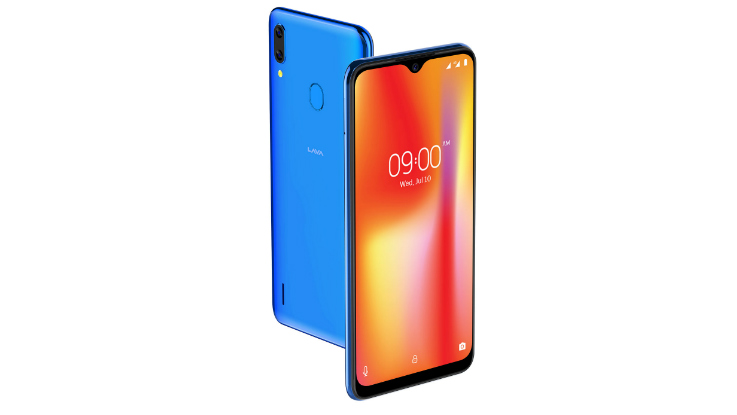 Coming to the key specifications, the smartphone is equipped with a 6.22-inch HD+ Dew Drop Notch display with a screen resolution of 1520 x 720 pixels. The device is powered by 2.0GHz octa-core MediaTek Helio P22 chipset.

The Lava Z93 is backed by a 3GB of RAM and 32GB of internal storage with an option to expand the storage via microSD card slot. For optics, the phone employs a dual-camera setup, which comes with a combination of 13-megapixel primary lens and a 2-megapixel secondary shooter. For the front, there is an 8-megapixel sensor for selfies and video calling. The camera is equipped with AI Studio mode that captures images in six different camera mode.

The smartphone runs on Android 9.0 Pie and it is juiced up by a 3500mAh battery with 10W fast charging support. The phone is equipped with a face unlock feature and fingerprint scanner. On the connectivity front, it supports dual 4G VoLTE, Bluetooth, WiFi, dual-SIM, micro USB port and GPS.

I just read about Lava Z92! I was late for that but on time for this gorgeous phone! Looks pretty good with all the specs!

Lava needed this dearly. This is a great budget smartphone with MediaTek power and great camera...