The first ever Android smartphone from the former camera giant, Kodak IM5, fails to create any euphoria owing to its normal camera features.

As reported by The Mobile Indian earlier, Kodak has indeed entered the smartphone world. As expected, the former camera giant has chosen the Consumer Electronics Show 2015 event, which is currently underway in Las Vegas, USA, to raise the curtains off its first ever smartphone. 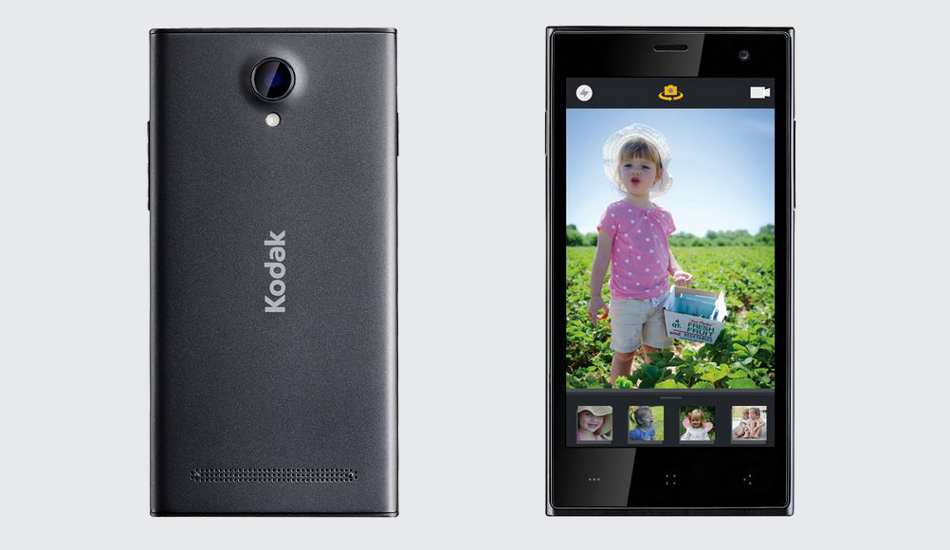 Being from Kodak, the IM5 has to have something special in terms of camera. But to almost everyone’s surprise, the IM5 offers a very usual 13 megapixel rear camera and a 5 megapixel front camera. Kodak though has put a lot of emphasis on its “unique image management software” that will let you quickly edit photos, share them on social media, or directly print them. Needless to say, the Kodak IM5 doesn’t seem to dethrone the current leaders in the smartphone world like Nokia Lumia 1020 and HTC M8 but it is too early to discard the IM5.

As per reports, the Kodak IM5 will be released globally with a price tag of â‚¬229 or approximately Rs 17,274 (at current exchange rates) but there is no word yet about its release in India.