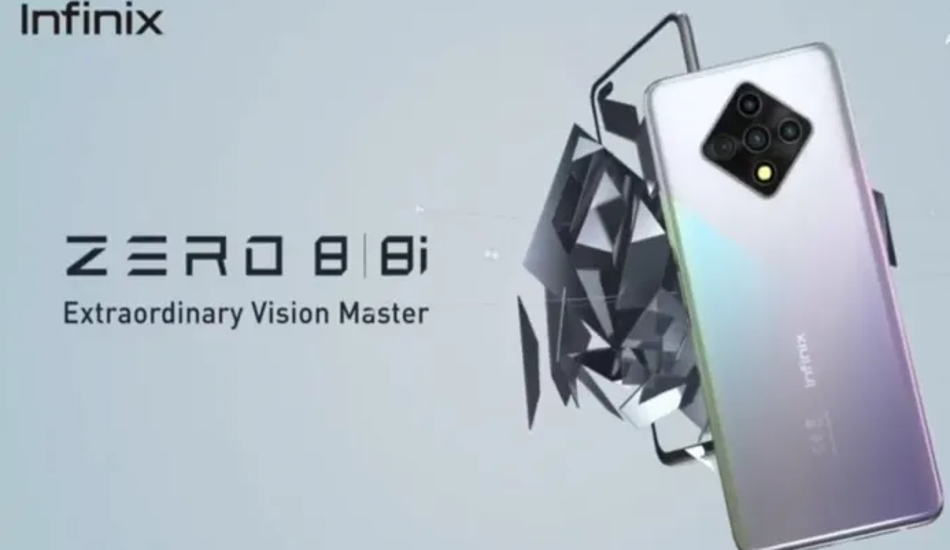 Infinix is said to launch a new smartphone under its Zero series – Infinix Zero 8. The phone has been spotted in a Google Play Console listing revealing a few of its specs. In addition, a promotional video of Infinix Zero 8 has also leaked online revealing its design.

The Google Play Console listing which was first spotted by MySmartPrice reveals that Infinix Zero 8 comes with the model number X687 and the name ‘Infinix ZERO 8′. 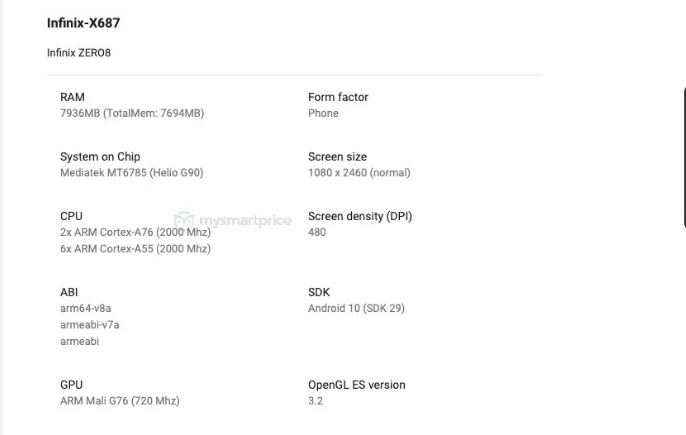 Infinix Zero 8 has also surfaced in the Geekbench listing revealing an octa-core MediaTek Helio G90T processor, which will be paired with 8GB of RAM. The phone will run the latest Android 10 OS out of the box.

The phone also features a diamond-shaped rear camera setup with a 64-megapixel sensor. The video also shows the phone with a 90Hz refresh rate screen and a 180Hz touch sampling rate screen. It has a USB Type-C port for charging and data transfers. It is likely that Infinix Zero 8i may come with the Helio G90T SoC while the Zero 8 may carry the Helio G90 SoC.