Infinix to launch its first 5G smartphone in India in January

Infinix is planning to launch its first 5G smartphone in India in 2022. It will also launch a 55-inch smart TV in the first half of 2022. 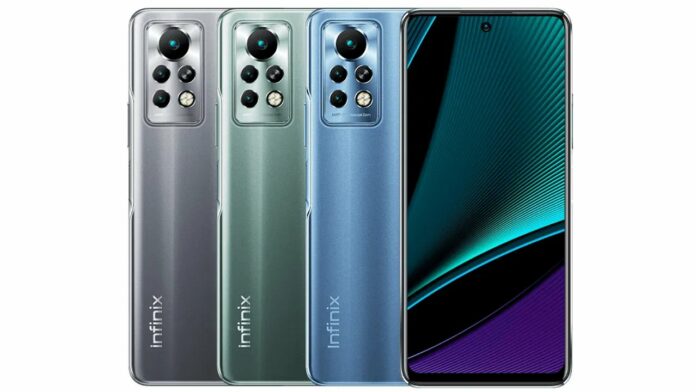 Infinix is gearing up to launch its first 5G smartphone in India next month. In addition, the brand will also launch 55-inch Smart TV in the country in the first half of 2022.

The news was confirmed by the CEO of Infinix India, Anish Kapoor, in an interview with India Today. As per the report, Infinix will launch the company’s first 5G enabled smartphone in India in January. He added that the company will focus on more than one series and plans to launch five to six new phones in India in the first half of 2022.

As of now, the company’s portfolio consists of only 4G handsets in India. Now, Infinix will foray into the 5G-ready smartphones segment in 2022. As expected, the 5G phones will be slightly expensive than the 4G devices. The upcoming Infinix 5G phone is said to be priced under Rs 20,000.

“We are launching the first 5G phone in India by the end of January. There are customers who are looking to buy a 5G phone when the technology hasn’t’ rolled out. We are looking to build a portfolio where customers can either get a 4G phone with top-notch specs or can opt for 5G. The cost of the latter is, of course, higher. Once the rollout happens, 5G devices will be more affordable,” Kapoor said in the interview.

He added “There are a lot of factors involved in deciding the price of a phone. It’s’ not just the component pricing, the dollar has appreciated by 8 percent in the last few months and that affects the overall pricing. Even then, we are aiming not to cross that Rs 20,000 price point.”