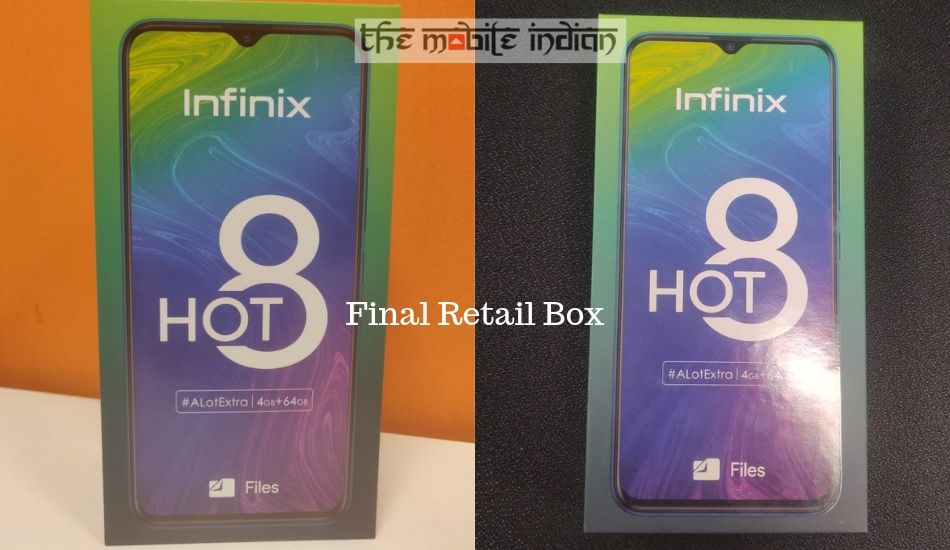 Infinix will reveal the first set of specifications or features of Infinix Hot 8 tomorrow (August 30th).

Infinix is all geared up to launch its new Hot-series smartphone in India on September 4th, which is named as Infinix Hot 8 Pro and will be exclusively available for purchase through Flipkart. The microsite of Hot 8 smartphone has also been made live on the Flipkart.

Also, before the official launch, the company has revealed the pricing of its upcoming Hot 8 smartphone. As per the microsite, the Infinix Hot 8 will be priced at just Rs 6,999 and the company will reveal the first specifications or features tomorrow (August 30th). However, the company as thrown a few hints on the specifications.

1st Hint: Its better than 3GB + 32GB.Its already confirmed that the upcoming Infinix Hot 8 smartphone will have 4GB of RAM with 64GB of internal storage.
2nd Hint: Its Bigger than 6-inch display.So we would display to be between 6.2 to 6.5-inches.
3rd Hint: It’ll last much longer than a 4000mAh battery.So we would expect the battery capacity to be between 4500mAH to 5000mAh.
4th Hint: It has more than just a Dual rear camera.So we would expect this Hot 8 smartphone to offer triple rear camera setup.

As per the earlier report, the Infinix Hot 8 smartphone will launch in Indian markets first and later on made available in other regions. For the specs, it is expected to come equipped with an Octa-core MediaTek P22 processor with a waterdrop notch display. We had earlier shown the image of the final retail box of the upcoming Infinix Hot 8.

As far as specifications of Infinix Hot 7 are concerned, it features a 6.19-inch HD+ (1500 x 720 pixels) display with 2.5D curved glass, 500nits brightness, 83 per cent screen-to-body ratio and 19:9 aspect ratio. The Hot 7 comes with four camera sensors with two at the rear and two at the front. For the rear, the phone has a 13-megapixel primary sensor with f/1.8 aperture and there is a 2-megapixel depth sensor. For the front, there is a 13-megapixel primary lens with f/2.0 aperture and a 2-megapixel depth sensor with LED flash.

The phone comes equipped with an octa-core MediaTek Helio P25 processor paired with 4GB of RAM and 64GB storage.The Infinix Hot 7 runs on Android 9 Pie-based XOS 5.0 out of the box and comes packed with 4,000mAh battery. The Connectivity options include 4G LTE, dual-SIM slots, Wi-Fi, Bluetooth 5.0, and GPS with GLONASS.The smartphone is a successor of theInfinix Hot 7 smartphone which was launched in In Indiain the month of July this year.