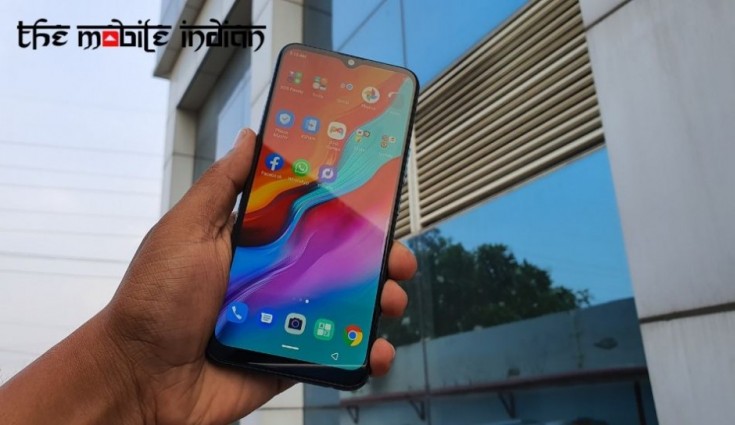 Infinix Hot 8 was launched in India for Rs 6,999 in September this year. Now Infinix is rolling out a new Over-the-Air (OTA) update for Infinix Hot 8.

The update brings December Android security patch and Google GMS package. With this OTA, the Hot 8 will also be upgraded to XOS v5.5, with several additional functions like Social Turbo, new gestures, and Game Assistant, amongst others.

Social Turbo is a cutting-edge WhatsApp assistant with an array of exciting features. It includes a WhatsApp call recorder, ‘Video Beauty’ to enhance your look and brightness on video calls, a customizable ‘Sticker List’, ‘Peek Mode’ letting you preview conversations without alerting the sender, and a flashlight notification option. It also has a ‘Clean WhatsApp’ feature, letting users wipe out files that are unnecessarily taking up memory space.

The new gesture-based features include, ‘Answer with a Gesture’ which helps users accept or reject an incoming call without making contact with the phone. The other is ‘Smart Screen Lifting’, where the screen automatically lights up when the device is picked up and the light goes off when the device is lowered.

For gaming enthusiasts, switching on the ‘Game Assistant’ feature enables users to slide the panel out from the side of the game interface. Additionally, the ‘Game Anti-Interference’ mode ensures your game is not frequently interrupted, by blocking reminders other than incoming calls and alarms.

To recall, Infinix Hot 8 comes with a triple-camera setup, which comes with a combination of 13-megapixel primary sensor, 2-megapixel depth sensor and a low light sensor. For the front, there is an 8-megapixel shooter. It features a 6.52-inch HD+ display with a screen resolution of 1600 x 720 pixels along with 2.5D curved glass, 20:9 aspect ratio. It also features a fingerprint sensor at the back and face unlock feature.

The smartphone runs on Android 9.0 Pie based on XOS 5.0 and it is backed by a 5000mAh battery. It is powered by an octa-core MediaTek Helio P22 processor clocked at 2GHz coupled with IMG PowerVR GE8320 GPU. It is backed by 4GB of RAM and 64GB of internal storage. The memory can be further expanded up to 256GB via microSD card slot.