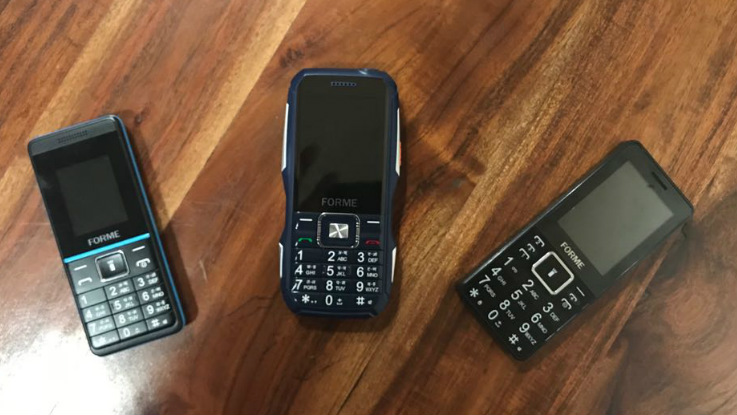 Forme currently has a wide range of feature phones ranging from Rs 600 to Rs 1000.

Indian smartphone market is booming one, but the heart of the mobile industry still lies with the feature phones. With more than 60 percent mobile users still using feature phones, the demand for these phones are still high, believes Victor Su, Vice President, Forme technology.

Forme currently has awide range of feature phones ranging from Rs 600 to Rs 1000.The company also sells its product through e-commerce sites and through TV shopping channels. The company has been actively working to improve its after-sales support for the Indian market. In this regard, Su reveals that Forme offers 100 days replacement warranty under which if the feature phone has some issue, users will get a new device that too from the place they have bought it. The feature phones also come with a 1-year warranty and the brand promises to fix and return the device in 7 days. If the damage is beyond repair then the user will get a new feature phone as well.

He further added that the upcoming smartphones will be priced between Rs 2,999 and Rs 10,000. The smartphones will be sold in major retail stores along with e-commerce sites. On future plans, he says that the company currently plans to introduce GPS-enabled footwear for the Indian market. The brand already sells GPS-enabled watches for kids in India.