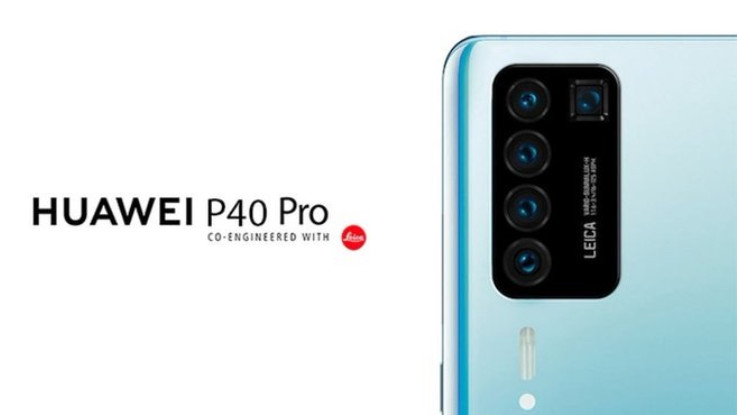 A new render has emerged online revealing key design language. Furthermore, the launch date of the upcoming smartphone has been tipped online.

Huawei is all set to launch its latest Huawei P-series smartphones known as Huawei P40 and Huawei P40 Pro. Now, a new render has emerged online revealing key design language. Furthermore, the launch date of the upcoming smartphone has been tipped online.

A known tipster Evan Blass has revealed a fresh render of the upcoming smartphone. The render reveals that the smartphone will be available in two colour options, Black and White. The render shows that the phone will come with a penta-camera setup at the back panel, which is aligned at the top-left corner.

The render shows the phone will come with a periscope-lens along with other sensors and dual-LED flash. The base of the back panel shows Huawei logo. The right side of the device features power on/off button and volume controls, while the left is blank. The front panel reveals dual-punch hole design at the top-left corner along with non-existent bezels around the corners. The top is blank, while the base comes with a speaker grille, USB Type-C port and SIM tray.

The tipster further claims that the company is planning to bring a ceramic variant of the Huawei P40 Pro as well. He further reveals that the smartphone is expected to launch on March 26. Previously, it was reported that Huawei P40 Pro will be the first smartphone with 10x optical zoom.