Huawei Nova 2, Nova 2 Plus might be unveiled on May 26

The slogan on the poster roughly translates to "That's one small step for self-shooter, one giant leap for the value of the device," which means that the upcoming smartphones will be selfie-centric.

Huawei is reportedly all set to launch the next-generation of its Nova series with the launch of Nova 2 and Nova 2 Plus. If a promotional poster is believed to be true, then the both the smartphones will be launched on May 26.
The slogan on the poster roughly translates to “That’s one small step for self-shooter, one giant leap for the value of the device,” which means that the upcoming smartphones will be selfie-centric. The poster also reads Nova 2 “series,” which also implies that the company will be launching two smartphones, Nova 2 and Nova 2 Plus, just like it did during the Nova and Nova Plus launch during IFA 2016 Berlin. 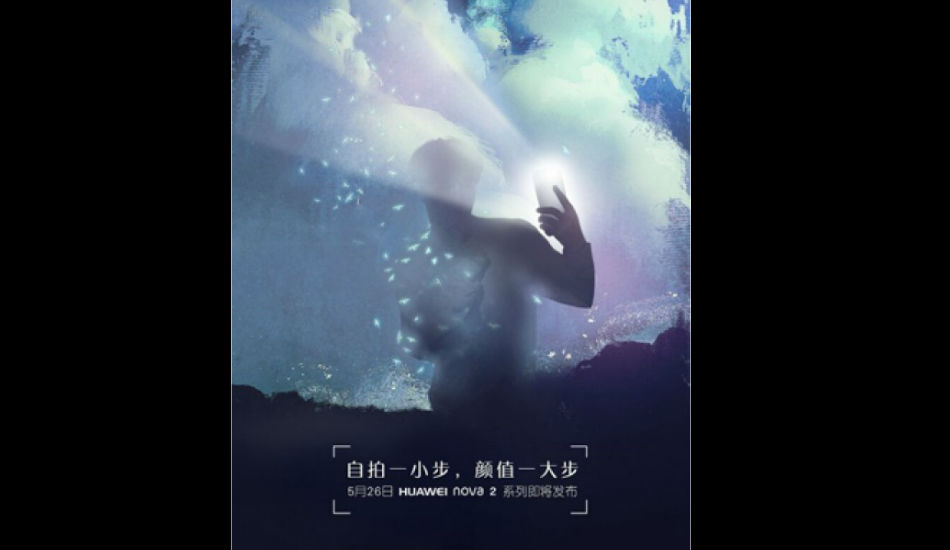 However, little is known about the upcoming devices, but Huawei Nova 2 was recently spotted on TENAA, which gives a glimpse of the upcoming device. According to the photos shared on the Chinese regulatory site, Nova 2 boast a similar design language as compared to its predecessor but features a dual-camera setup at the back.
Other rumours speculate that the Huawei Nova 2 will come loaded with a 20-megapixel front-facing camera for selfies and video calling, while it will have two 12-megapixel shooters at the back. Sources also reveal that the Nova 2 will feature a 5.2-inch display while the Nova 2 Plus will boast a 5.5-inch screen. Both the smartphones might run on the recently-announced Qualcomm Snapdragon 660 processor along with 4GB RAM. Both of them are reported to be powered by a 3000mAh battery coupled with 18W fast charging.
However, it is worth noting that these are all rumours and nothing is confirmed by the company. So, we suggest you hold your horses and wait for some official confirmation.