Huawei Enjoy 9s features a waterdrop notched display which is similar to the Enjoy 9 smartphone.

A poster has been leaked on Chinese microblogging website, Weibo revealing key specs of Huawei Enjoy 9s. The image shows only the upper part of a phone, alongside the Enjoy 9s branding. As per the image, the phone features a waterdrop notched display which is similar to the Enjoy 9 smartphone.

As for the specs, the leaked poster reveals that the Huawei Enjoy 9s will come with an AI-powered triple rear camera setup. The triple camera setup will have a 24-megapixel ultra-wide sensor. 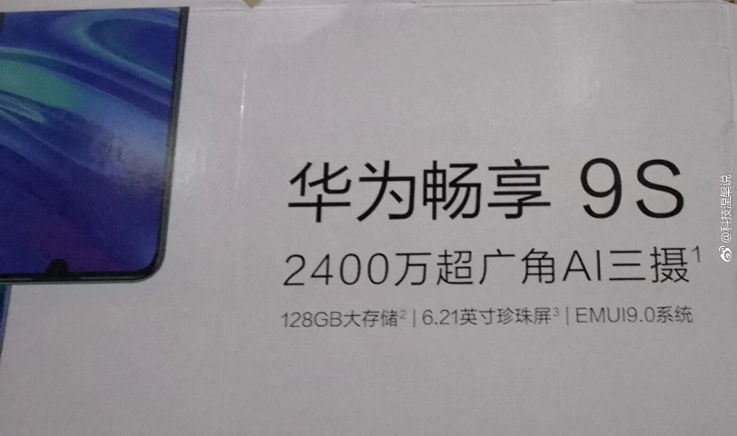 Further, the poster reveals that the Huawei Enjoy 9 will sport a 6.21-inch display without any mention of the screen resolution. The phone will have 128GB of storage and run EMUI 9.0 out of the box.

To recall, Huawei Enjoy 9 features a 6.26-inch waterdrop-shaped notch display with 720×1520 pixels resolution. The phone is powered by the Snapdragon 450 octa-core processor coupled with 3GB RAM and 4GB RAM. The phone has 32GB and 64GB internal storage and expandable storage up to 512GB via a microSD card slot.