Some images of the smartphone have leaked online by Slashleaks, who is known for providing reliable leaks in the past. 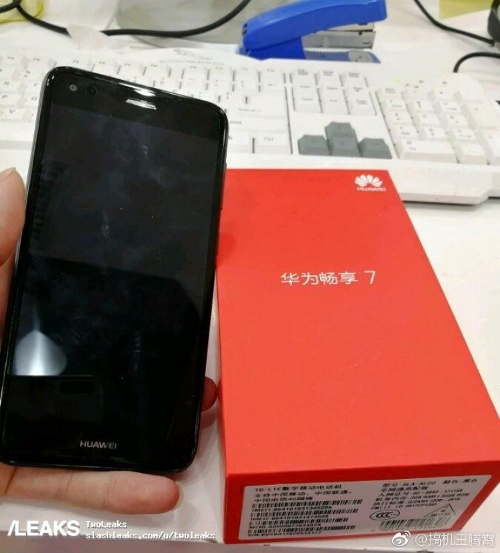 As far as specifications are concerned, the Huawei Enjoy 7 will feature a 5-inches HD IPS display with 1280 x 720 pixel resolution and 2.5D curved glass display. The smartphone will be powered by Qualcomm Snapdragon 425 SoC clocked at 1.4GHz. The smartphone will come in two variants – 2GB RAM with 16GB internal memory and 3GB RAM with 32GB internal. The device can hold expandable storage of 128GB via microSD card. The smartphone runs on Android 7.0 Nougat operating system which is wrapped under EMUI 5.1 and is backed up by a 3020mAh battery.

On the camera front, the Huawei Enjoy 7 sports a 13-megapixel rear camera with LED flash light and a 5-megapixel front-facing camera for selfies. Besides, the smartphone is expected to offer 4G LTE, Bluetooth 4.1, WiFi, GPS and a microUSB port.