The HTC U11 Plus is reported to feature a 6-inch Quad HD+ display with a screen resolution of 2880 x 1440 pixels coupled with Corning Gorilla Glass 5 protection.

HTC has already confirmed that it will be holding an event on November 2, where it is expected to launch the rumoured U11 Plus. Interestingly, it seems that the company is also gearing up to launch a new mid-ranger known as U11 Life at the event as well. Now, new details about the upcoming devices have emerged online, which reveals some key information about design and specifications.

To start with HTC U11 Plus, the smartphone has been certified by TENAA and it gives us some key information about the design and specifications of the device. Starting with the images shared by TENAA, the phone will sport a bezel-less display and it will follow an aspect ratio of 18:9, which has become a new trend in the smartphone market.

On the camera front, the listing reveals that the phone will sport a 12-megapixel rear camera with dual LED flash, while for the front, there would be an 8-megapixel shooter for selfies and video calling. The U11 Plus will run on Android 8.0 Oreo and it will be juiced up by a 3930mAH battery with Quick Charge 3.0. The phone is further rumoured to come equipped with Edge Sense, Boom Sound, and IP68 certification.

Talking about U11 Life, WinFuture has shared a new press image of the upcoming smartphone along with some key specifications. To start with, the press image shows that the smartphone will sport a similar design language, which we have seen in HTC U Play smartphone. Interestingly, the phone is reported to come under Google’s aspirational Android One programme. 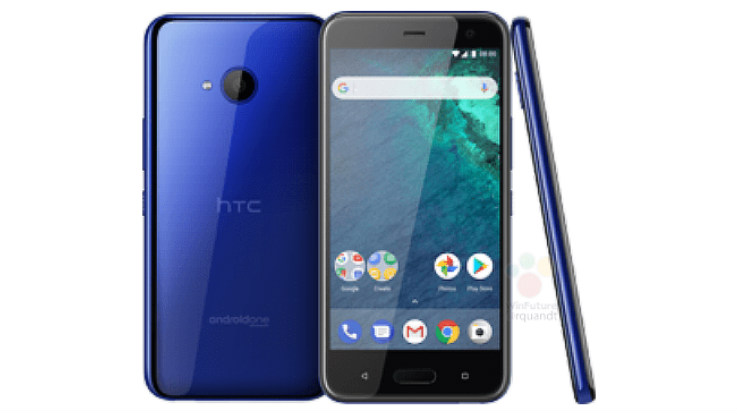 The report further reveals that the smartphone could be priced at EUR 400 for the German market. The report reveals some key specifications of the device as well. The HTC U11 Life will feature a 5-inch Full HD display with a screen resolution of 1920 x 1080 pixels. The phone will be powered by a Qualcomm Snapdragon 630 processor along with 3GB/4GB of RAM and 32GB/64GB of internal storage, which could be expandable via micro SD card slot.

The phone is reported to sport a 16-megapixel rear and front-facing cameras. The phone will run on Android 8.0 Oreo and users will get pure Android experience on this one. The device will be juiced up by a 2600mAh battery and it will be IP67 certified, making it water and dust resistant.