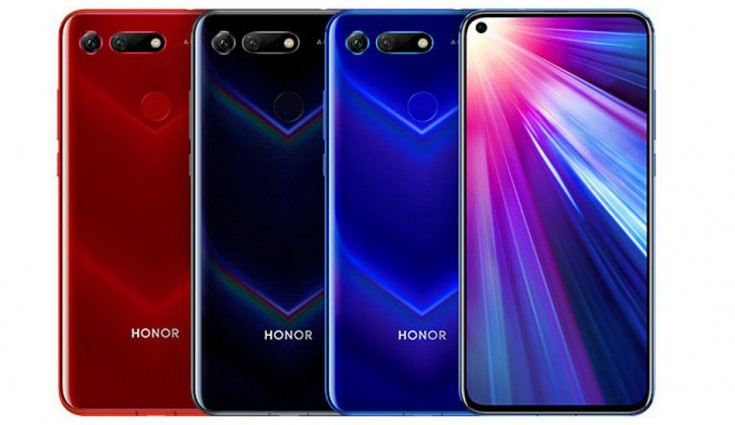 Honor has also introduced View20 Moschino Edition, which is made with collaboration with Italian fashion brand MOSCHINO and it will be available in Phantom Blue and Phantom Red colour options.

Huawei’s sub-brand Honor has today introduced the launch of the latest smartphone, Honor View20, at an event in Paris. The smartphone will be available in 18 countries starting from January 23.

The smartphone will be launched in India on January 29, 2019. The Honor View20 comes with a price tag EUR 569, which roughly translate to Rs 46,000, for the 6GB RAM and 128GB storage option. The phone will be available in Midnight Black and Sapphire Blue colour options. Honor has also introduced View20 Moschino Edition, which is made with collaboration with Italian fashion brand MOSCHINO and it will be available in Phantom Blue and Phantom Red colour options. The Edition comes with 8GB of RAM and 256GB of storage and it is priced at EUR 649, which roughly translate to Rs 52,500.

The major highlight of the smartphone is the new punch-hole display coupled with a new design language and 3D TOF camera at the back. Starting with the display, it is loaded with a 6.4-inch Full HD+ All-View display with a 2310 x 1080 pixels resolution, 91.82 per cent screen-to-body ratio, 19.5:9 aspect ratio and 382ppi pixel density.

The phone features a dual-camera setup at the back, with primary lens sporting an impressive 48-megapixel sensor with f/1.8 aperture, AI HDR, LED flash, and more. The secondary sensor is a 3D Time of Flight (TOF) sensor, which is used for 3D mapping of objects. The TOF camera can be used in many scenarios like mapping different objects to create a 3D model, play games and more. For the front, there is a 25-megapixel selfie shooter with f/2.0 aperture, which is powered by AI.