Honor 9A to launch globally on June 23 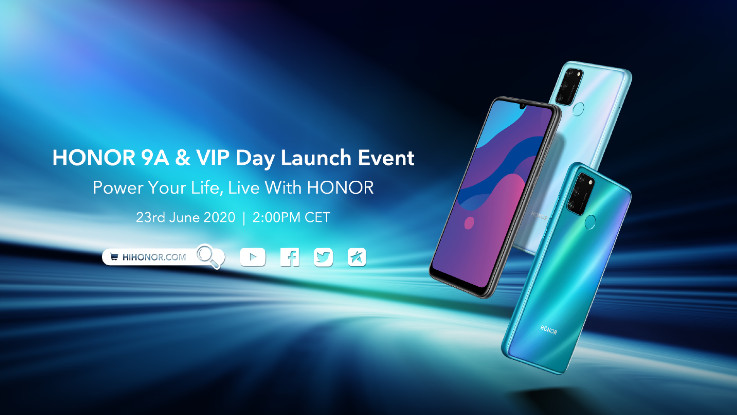 The brand has revealed that it will launch Honor 9A this month.

Huawei’s sub-brand Honor has confirmed that it will be launching a new smartphone globally soon. The brand has revealed that it will launch Honor 9A this month.

The company will hold a live stream that is scheduled to take place on June 23. The live stream will take place at 5:30 PM IST on the said date and viewers can watch it on Honor social media channels along with the company’s official website. That said, the Honor 9A is a new smartphone that will be launched around the globe on June 23.

The smartphone is said to be available in Black, Green and Blue colour options. The Honor 9A is said to feature a 6.3-inch HD+ display with a screen resolution of 1280 x 720 pixels. The phone will come with a waterdrop notch as per the teaser, while the back panel will be loaded with a dual-camera setup. There is a fingerprint sensor at the back panel as well. The phone will come with a 13-megapixel primary lens and a 2-megapixel depth sensor at the rear. For the front, there will be an 8-megapixel selfie shooter.

The smartphone is said to be powered by MediaTek Helio P35 processor and it will be available with 4GB of RAM and 64GB of internal storage. The phone will run on MagicUI 3.1, which will be based on Android 10 OS out of the box. It will be backed by a 5000mAh battery. That said, there is no information about the upcoming Honor 9A smartphone, so we suggest you stay tuned with us for more details.