Honor 6A smartphone expected to launch on May 18 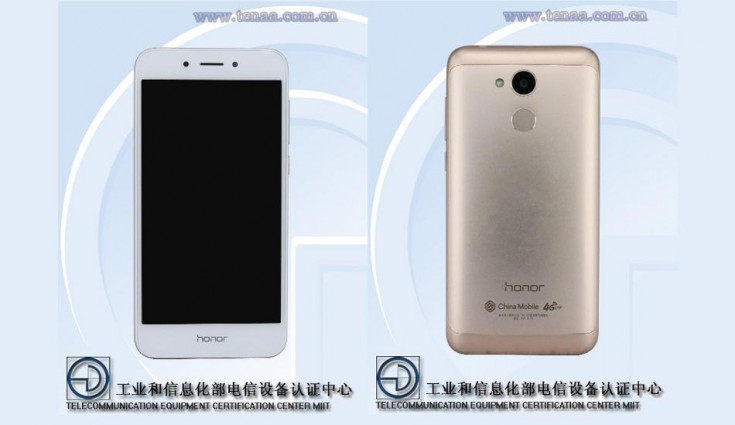 Last week, a smartphone with model name 'Honor DLI-TL20, was found listed on TENAA, which as per report could be launched as Honor 6A.

Huawei’s sub brand, Honor is reportedly expected to launch its new smartphone in China on May 18. The smartphone is said to be priced at 699 yuan, which is approximately Rs 6,508.

Last week, a Honor smartphone with model name ‘Honor DLI-TL20, was found listed on TENAA, a Chinese certification website, which as per report could be launched
as Honor 6A.

As per the listing, Honor DLI-TL20 will have a metal unibody design and will feature a 5-inch display that has HD display with a resolution of 720×1280 pixels. It will be powered by a 1.4GHz octa-core processor, with 3GB of RAM and 32GB of internal storage. The will also have an option to expand the storage upto 128GB via microSD card. The smartphone will get its strength by a 2920mAh battery and will run on Android 7.0 Nougat operating system. The smartphone will also house a fingerprint scanner, which will be placed on its back panel.

On the camera front, the Huawei Honor DLI-TL20 will sport a 13-megapixel rear camera with LED flash and a 5-megapixel front-facing camera for selfies and video chats. It also houses a fingerprint scanner, which is placed on its back panel. Besides, the smartphone will offer 4G with VoLTE, Bluetooth, WiFi, GPS/A-GPS, a micro USB port, Gravity sensor, distance sensor and light sensor. The handset will measure 143.7 × 70.95 × 8.2 mm and will weigh around 143 grams. The device is listed in three different colour options- Gold, Pink and Silver.