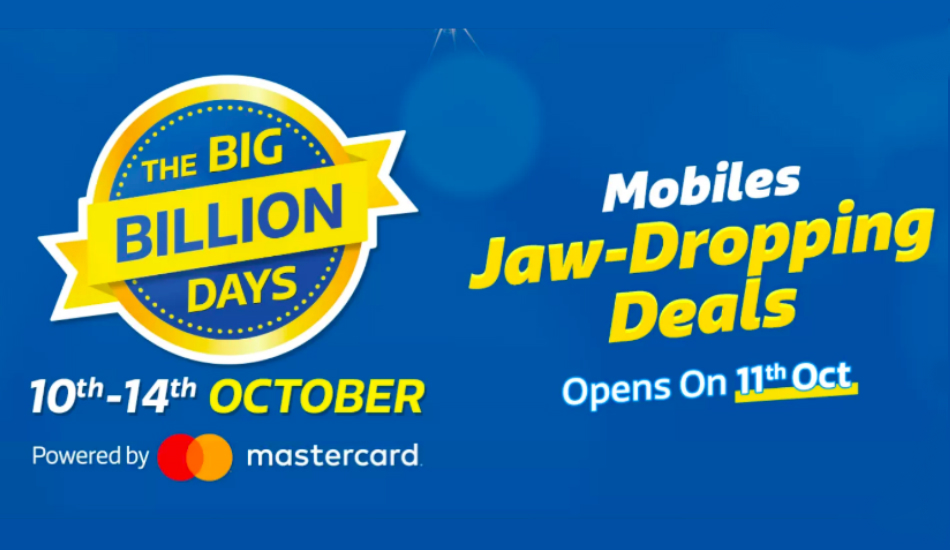 Flipkart Plus members will be able to access all the deals from 8P.M on September 28.

The festive season is just around the corner. Flipkart has scheduled its Big Billion Days sale from September 29 to October 4. Flipkart Plus members will be able to access all the deals from 8 P.M on September 28.

Many smartphones will go on their first sale in the Big Billion Days sale. Here we have listed all those new phones and other devices which will go on sale for the first time in the Flipkart Big Billion Day sale. Apart from these new arrivals, the sale will offer discounts on smartphones, laptops and more for which the e-commerce portal has already started revealing the deals and offers.

Redmi 8A comes in two variants – 2GB+32GB and 3GB+32GB priced at Rs 6,499 and Rs 6,999 respectively. The phone comes in Midnight Black, Ocean Blue and Sunset Red colours and it will be available for sale on Flipkart, Mi.com, Mi Home store, and offline stores starting September 29 midnight. 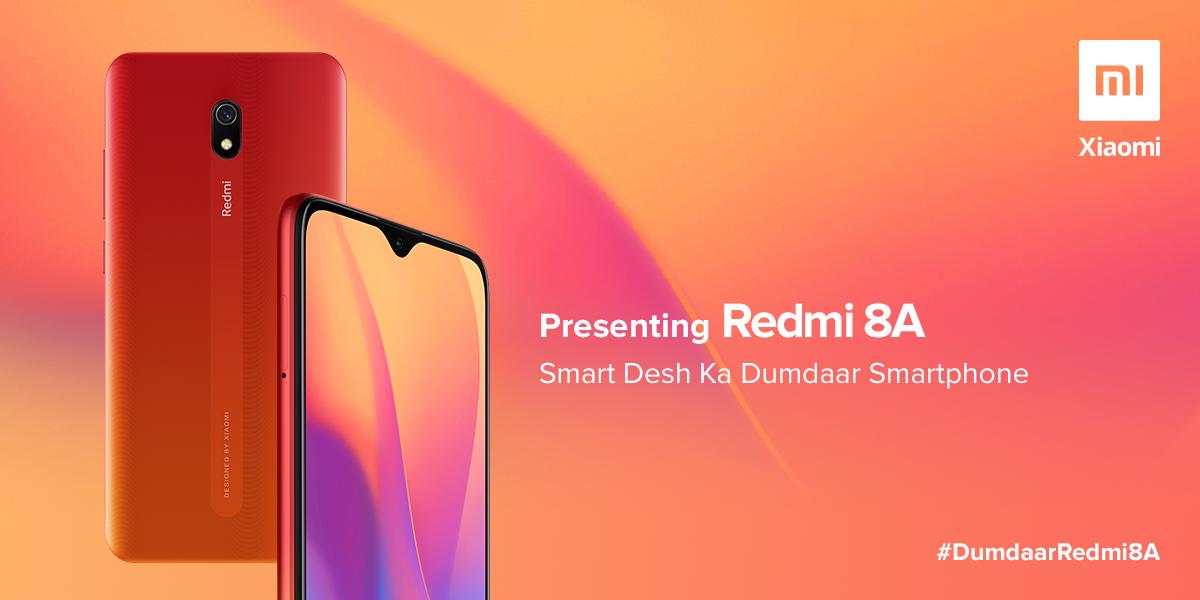 Redmi 8A features a 6.2-inch HD+ display https://www.themobileindian.com/news/redmi-8a-with-12mp-camera-5000mah-battery-launched-in-india-price-starts-rs-6499-28085 with a resolution of 1520 × 720 pixels. It is powered by a 2.0GHz Octa-core Snapdragon 439 processor coupled with upto 3GB RAM and 32GB storage. There is expandable storage of up to 512GB through a microSD card. The phone doesn’t have a fingerprint sensor but it comes with AI face unlock feature.

For the camera, the device comes loaded with a single 12-megapixel AI rear camera featuring Sony IMX363 sensor with an LED flash and an 8-megapixel AI sensor on the front for selfies. Software-wise, the phone runs Android 9 Pie-based MIUI 10 out of the box. It comes with a 5,000mAh battery with 18W fast charging support and Type C support. 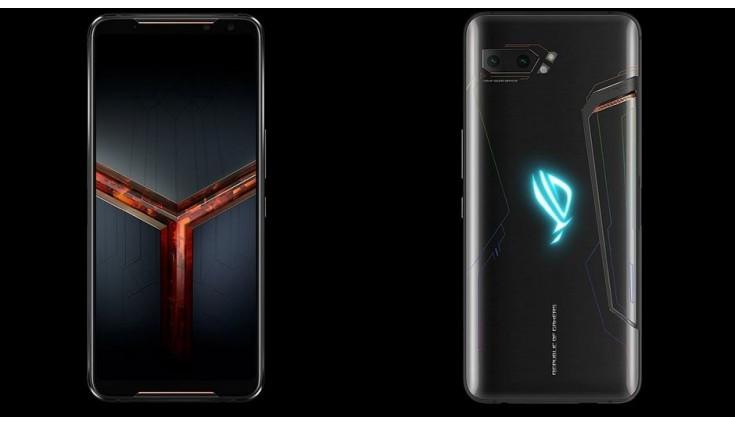 Asus ROG Phone 2 is backed by a 6.59-inch Full HD+ AMOLED display with a screen resolution of 2340 x 1080 pixels along with Corning Gorilla Glass 6 protection. It is powered by 2.96GHz octa-core Qualcomm Snapdragon 855 Plus processor along with Adreno 640 GPU. It comes with an optical under-display fingerprint scanner.

For the photography, the phone is loaded with a dual-camera setup, which comes with a combination of 48-megapixel primary lens along with a 13-megapixel wide-angle lens with a 125-degree field of view. For the front, the company has added a 24-megapixel selfie shooter. Asus ROG Phone 2 runs on Android 9.0 Pie, which is based on ROG UI and it is backed by a 6000mAh battery with 30W HyperCharge fast charging technology.

Lenovo K10 Plus is a Big Billion Days Special product and it will be available from September 30 on Flipkart. The phone is priced at Rs 10,999 and it comes in a single variant of 4GB RAM and 64GB internal storage with 2TB expandable storage. 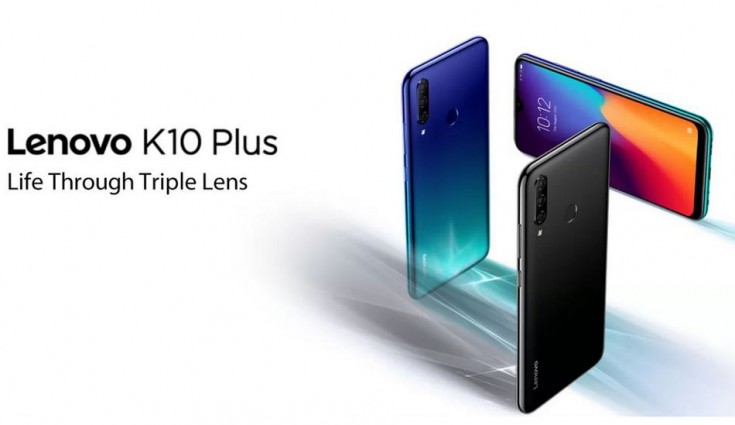 Huawei MediaPad M5 Lite was launched in India recently for Rs 21,990. The device will be exclusively available on Flipkart.com in India, starting from 29th September 2019 in the Big Billion Days Sale 2019.

The device has an 8-megapixel front and a same 8-megapixel rear camera. The tablet has a 7500 mAh battery with HUAWEI QuickCharge technology. The tablet is powered by 2.4GHz Kirin 659 octa-core processor.

Amazfit GTR 42mm was recently launched in India for Rs 9,999. The smartwatch will go on sale in the upcoming Flipkart Big Billion Days sale starting September 29. It will be available in Starry Black, Cherry Blossom Pink, Moonlight White, and Coral Red colours with a silicone strap. Its Glitter Edition features a leather strap. 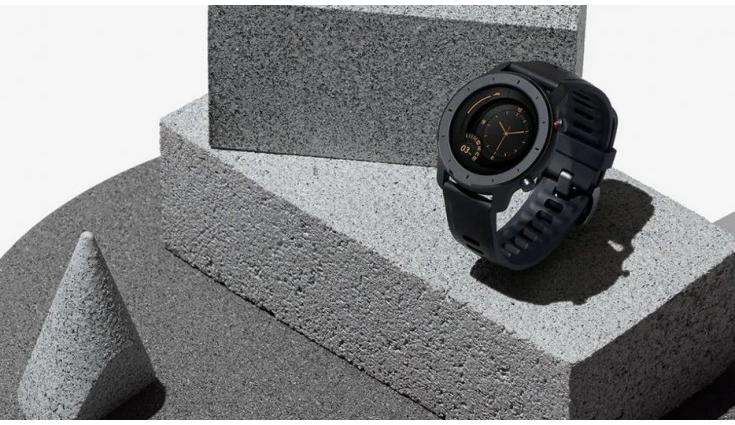 The Amazfit GTR 42mm features 1.2-inch AMOLED display with a screen resolution of 390 x 390 pixels, 326 ppi pixel density, Corning Gorilla Glass 3 protection and an anti-fingerprint coating on top. The watch is compatible with Android 5.0 and above and iO S10.0 and above devices.

Amazfit GTR 42mm comes with 5ATM certification, which means it is waterproof up to a depth of 50 meters. It has 195mAh LiPo battery which claims to delivers up to 12-days of battery life with normal use, up to 34 days in basic watch mode.

The watch also supports tracking for up to 12 modes such as walking, running, swimming, climbing, skiing, cycling, and exercise. The smartwatch has BioTracker PPG bio-optical sensors for advanced heart rate monitoring. 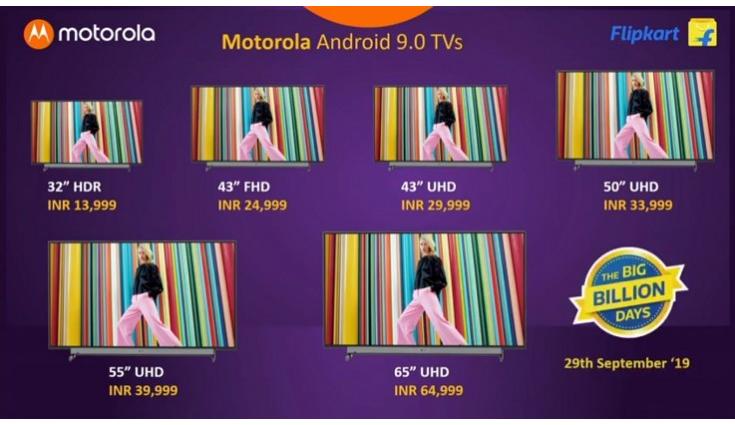 The major highlight of the Smart TV is the front-firing in-built soundbar, known amphlsoundX. It is loaded with a 30W speaker and it is loaded with DTS TruSurround and Dolby Audio. The Smart TV comes runs on the latest Android 9.0 Pie and it comes support with Google Assistant, Play Store and more. The DTS TruSurround basically allows getting the feel of a 5.1 channel home theatre with a two-speaker system, while the Dolby Audio helps in enhancing the dialogue and volume levels for an immersive audio experience.

The latest Smart TV from Motorola comes with a up to 4K UHD resolution and it features minimal bezels around the corner. It comes with autotune X display technology, which offers 1.07 billion colours along with Dolby Vision, HDR 10, 117-degree viewing angle and more. The Smart TV is loaded with 16GB of internal storage and 2.5GB of RAM. It is powered by a quad-core processor along with a Mali 450 GPU. It comes with Bluetooth-enabled joystick gamepad bundled with the Smart TV.