Coolpad Cool 3 Plus to launch in India on June 26

The company has revealed that it will be launching Coolpad Cool 3 Plus in the country on June 26.

Coolpad is all set to launch a new smartphone in India pretty soon. The company has revealed that it will be launching Coolpad Cool 3 Plus in the country on June 26.

The brand has started sending out media invites for the launch event, which is scheduled to take place in New Delhi on the said date at 11:30AM IST. The invite shows a smartphone with a waterdrop notch along with some narrow bezels. 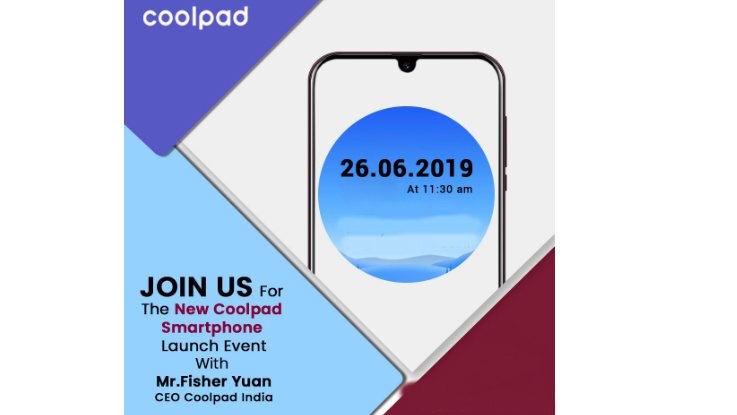 This somewhat confirms that the smartphone will come loaded with the new notch design, which has become a standard thing in the smartphone industry. That said, there is no information about the specifications and price of the upcoming smartphone, so we suggest you stay tuned with us.

The upcoming smartphone will yet another smartphone in the Cool 3 series. The company previously introduced Cool 3 in February this year. The smartphone comes with a price tag of Rs 5,999. The phone also features a waterdrop notch, which is shown in the invite image.

Jumping straight to the specifications, the Coolpad Cool 3 features a 5.7-inch HD+ display and 90 percent screen-to-body ratio. It is powered by an octa-core Unisoc processor clocked at 1.3GHz. The phone is backed by a 2GB of RAM and 16GB of internal storage.

On the camera front, the phone features a dual-camera setup at the back with a combination of an 8-megapixel primary lens and 0.3-megapixel secondary shooter. For the front, there is a 5-megapixel shooter for selfies and video calling. The Coolpad Cool 3 runs on Android 9.0 Pie and runs on 3000mAh battery. It is equipped with Face Unlock and there is a fingerprint sensor at the back panel.