After launching QKWU Pi smartphone in India in November last year, the company has launched its yet another 4G smartphone, OKWU Omicron. The smartphone was launched by Sagarika Ghatge, one of the lead actress in Chak De! India movie. The OKWU Omicron has a price tag of Rs 10,499 and will be available in retail stores across the country.

OKWU Omicron features a 5.5-inch full HD (1920 x 1080) display with pixel density of 480 ppi and is powered by a 1.5 GHz quad core processor MediaTek MT6737T which is coupled with 3GB of RAM. The dual SIM based smartphone runs on Android 6.0 Marshmallow operating system and a 3000 mAh Lithium-ion battery, which claims to offer upto 16 hours of talk-time and upto 72 hours standby time.

The OKWU Omicron smartphone comes with 32GB of internal storage, which can be further expanded by upto 64GB via a micro SD card. The smartphone offers a 13-megapixel rear camera with an LED flash With Phase Detection Auto Focus (PDAF) technology and innovative dual lenses. For selfies, the smartphone has a 5-megapixel camera is in its front. 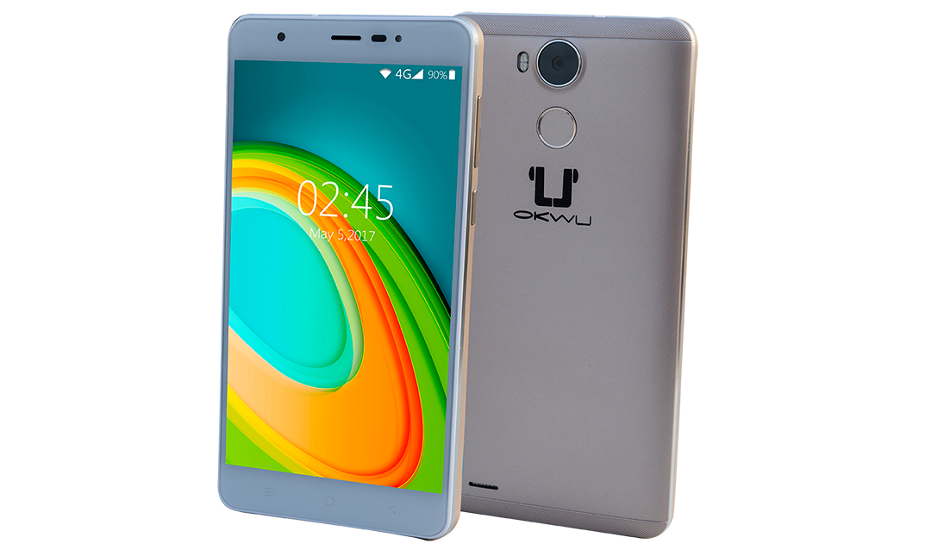 For connectivity, the device offers Dual Sim, 2G,3G, 4G VoLTE, Bluetooth, GPS/ AGPS, WiFi 802.11 b/g/n, micro USB 2.0 port and FM Radio. The OKWU Omicron features a metal frame and a fingerprint sensor, which is claimed to unlock the device in 0.1 seconds. The fingerprint scanner is placed at the back of the smartphone and can store upto 5 fingerprints.

Headquartered in Noida, the company has invested in a manufacturing plant in Shenzhen, China and will have a functional assembly plant in India by the end of the first operating year.

Anshuman Atul, CEO and Managing Director, OKWU commented, “Post launch of our first model OKWU Pi , we generated a huge market response that has helped us expand into east and south India and has also developed colossal market traction in Maharashtra. With OKWU Omicron we plan to accelerate our growth in operating regions and also look to open operations in northern India.”

To recollect, OKWU Pi comes with a 5 inch 1280 x 720 pixels resolution display. Wrapping this display is a concealed body with metal finish with a fingerprint scanner at the back. On the inside, it comes with a Quad-Core MediaTek 6735 chipset clocked at 1.2 GHz. Running on Android 6.0.1 Marshmallow, it has 1 GB RAM and 8 GB internal storage which is expandable up to 32 GB. Interestingly, the smartphone comes with a Dual Rear Camera 8 MP + 2 MP with PDAF and 2 MP front camera with PDAF and ‘smile to click’ feature. Being the first Indian brand to implement dual-camera setup, the smartphone houses a 2000 mAh battery. Pi measures up at 6.5 mm thickness and weighs in around 138 grams.