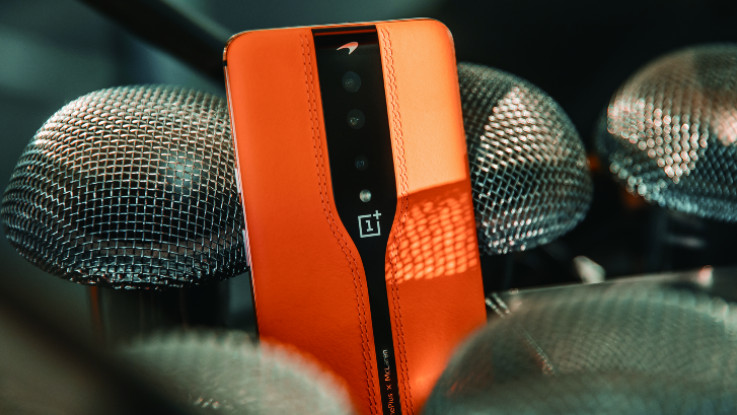 OnePlus has collaborated with McLaren to build the latest smartphone.

OnePlus has finally announced its latest concept smartphone at the Consumer Electronics Show (CES) 2020. Dubbed as OnePlus Concept One, the smartphone comes with new invisible cameras at the rear panel.

The company has used the same electrochromic glass at the rear panel of the OnePlus Concept One smartphone. The company claims that it uses organic particles to create changes in the glass covering the camera lenses. It can shift from opaque black to transparent within 0.7 seconds. The company says that apart from colour shifting technology, the glass also serves a practical benefit as it acts as a built-in polarizing filter for the camera. The electrochromic glass is usually composed of two panels of glass with a colour-shifting material in between them. The brand says that it has managed to make it as thin as the glass panels are just 0.1mm thin each, making a combined thickness of 0.35mm.

The OnePlus Concept One features a leather finish in papaya orange colour to give some premium look and feel. OnePlus has earlier implemented Bamboo, wood, Kevlar, Alcantara, matte-frosted glass, and ceramic design on its previous smartphones.