Casio has released a special limited edition DW5600NASA20 that is a testament to NASA’s journey over the years that you can wear on your wrist.

The famous watchmaking company- Casio has recently released something for space enthusiasts. To pay homage to NASA and its space endeavours over the years, Casio has released a special limited edition DW5600NASA20 that is a testament to NASA’s journey over the years that you can wear on your wrist. 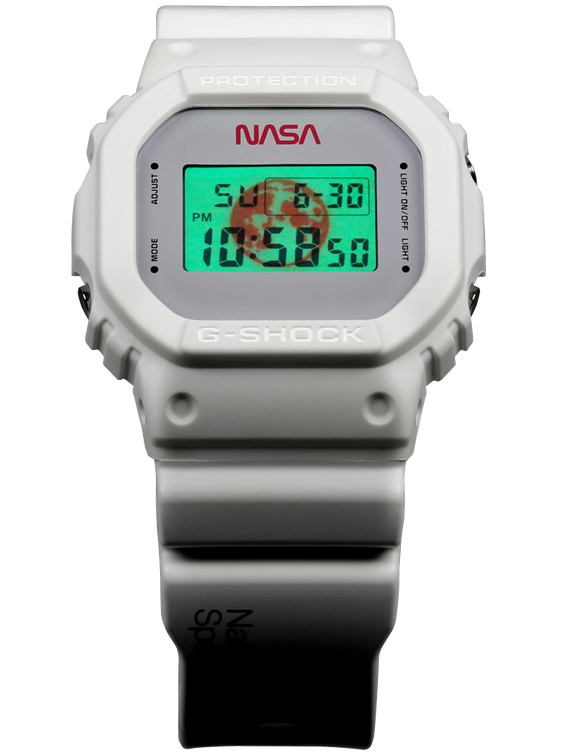 The timepiece arrives in all-white, with the NASA logo standing out in bright red on the watch face and an engraving of the Moon on the case back in the classic DW5600 design.

When you use the EL backlight, the watch face will display the Moon in the background when you check the time in the dark, while an etched Moon on the case back adds a little flair to the watch. It even has the US flag on the loop. The strap has the National Aeronautics and Space Administration written on it. The box is also iconic as it mimics the Saturn V rocket.

The watch is priced at $130 however, the tough part will be getting your hands on it. Its first batch is already sold out with the second one rolling in on May 6th. Many themed watches are usually extremely expensive and with that in perspective, this timepiece is surely a great deal and not to mention its collector’s value.