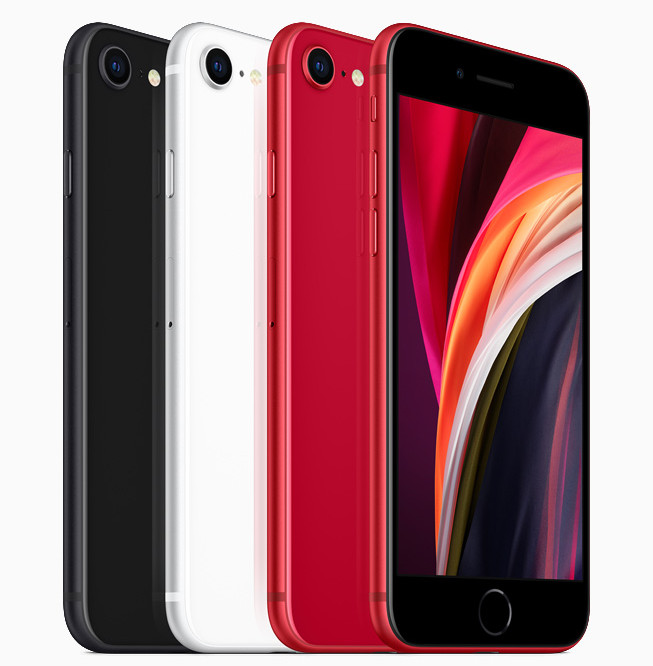 The iPhone SE 2020 features an IP67 rating for dust and water resistance up to 1 meter for 30 minutes.

The smartphone will be available in India at a starting price of Rs 42,500. The company has not announced availability details for the Indian market. The 128GB and 256GB storage versions cost Rs 47,800 and Rs 58,300 respectively.

The US pricing for the 128GB and 256GB storage versions are $449 and $549 respectively in the US. The phone goes up for pre-order in the US starting April 17 and will be available from April 24.

Apple iPhone SE 2020 features 4.7-inch HD IPS LCD display with 1334 x 750 pixels resolution, 625 nits brightness, 326 ppi display and HDR 10. The iPhone SE uses Haptic Touch for Quick Actions and there is Touch ID fingerprint sensor below the display. There’s no Face ID on the smartphone. Under the hood, there is hexa-core A13 Bionic 64-bit processor which also powers the latest iPhone 11 series.

The phone is equipped with a single 12-megapixel camera sensor with f/1.8 aperture and LED True Tone flash with Slow Sync. The sensor also has Optical Image Stabilisation (OIS) support and it is capable of shooting 4K videos at 24 fps, 30 fps and 60 fps. For the front, there is a 7-megapixel selfie sensor with 1080p HD video recording.

The iPhone SE 2020 features an IP67 rating for dust and water resistance up to 1 meter for 30 minutes. The phone runs on iOS 13 out-of-the-box. The battery capacity of iPhone SE 2020 is not known at the moment, but Apple says it delivers the same life as the iPhone 8. The phone also has wireless charging support.