Google has released the Android 12 Beta 5 that brings fixes and optimizations. The beta is also available for the Pixel 5a 5G that got launched recently. 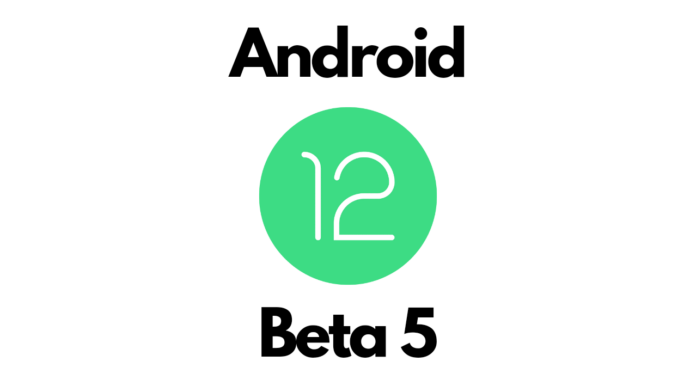 Android 12 is coming soon and is just a few weeks away. The Android 12 Beta 5 has now arrived for Pixel devices as the fifth and the final beta before the twelfth of Android releases as a stable version for everyone.

You can get Beta 5 today on your Pixel devices. The new list also includes the Pixel 5a with 5G, which went on sale just last month. If you’re already enrolled in the beta program, you’ll automatically get the update via OTA, says Google.

Google doesn’t mention an exact changelog for the update, but it does say that Android 12 Beta 5 brings fixes and optimizations before the final stable release of the Android 12. The build number is SPB5.210812.002, and the update size varies on a per device basis.

Talking about one of the features spotted in Android 12 last month, it is called Camera Switches. This beta version of the Android Accessibility Suite app came with the fourth version of Android 12 Beta. The updated app brings “Camera Switches” to Switch Access. It is one of the accessibility services included in the Android Accessibility Suite app. It lets users use their phones without using the touch screen.

A new phone that got added to the list of devices that got Android 12 is the Nokia X20. The Nokia X20 was unveiled back in April, and the device has now received the very first build of Android 12 Beta. Once registered, you will receive the build on your device within 12 hours.