Amazon Prime Video Mobile Edition launched in India: What is it, Price, Competition

Amazon Prime Mobile Edition plan has been launched in India to compete with the likes of Netflix and Disney+ Hotstar. 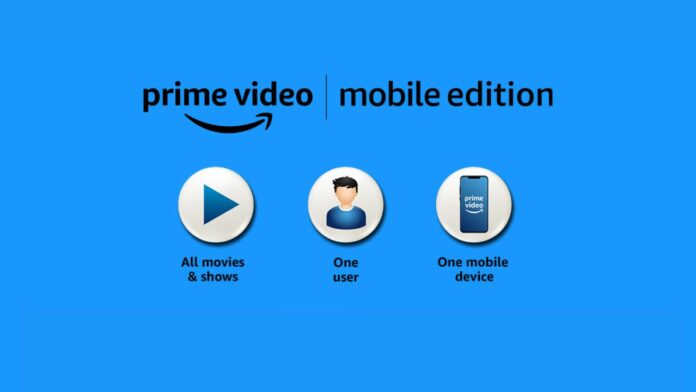 Amazon Prime Video today launched the Prime Video Mobile Edition subscription plan for viewers. This single-user, mobile-only video annual plan offers everyone access to entertainment exclusively on their mobile devices, and will now be available to all customers in India.

What is Prime Video Mobile Edition?

Amazon says that this plan has been created especially for a mobile-first country like India. Prime Video Mobile plan is a major step towards making premium entertainment accessible across languages for smartphone users in the country. With this move, Prime Video is expanding the accessibility of Mobile Edition plan, which launched last year as a telco-partnered product in collaboration with Bharti Airtel.

Prime Video Mobile plan provides Standard Definition (SD) quality streaming to customers. It will give users a chance to explore and watch Prime Video’s catalogue of Indian and international movies, Amazon Originals, and LIVE cricket on their mobile devices, all for Rs 599 per year. Customers can continue to enjoy all Prime Video features, such as X-ray powered by IMDb, and downloads for offline viewing with the Prime Video Mobile plan.

How to sign up for Prime Video Mobile Edition?

Customers can go to the Prime Video App (on Android) or PrimeVideo.com to buy an annual subscription to Prime Video Mobile Edition. Customers who want the complete Prime Video experience including multi-user access, streaming across devices, including Smart TV, and more, can subscribe to the Rs 1,499 annual plan.

With competition brewing in the streaming space, Amazon is late to the Mobile-only plan scheme as Disney+ Hotstar has already been offering a similar plan for a while now. While Hotstar’s Mobile plan costs Rs 499 a year which is Rs 100 cheaper than Prime Video Mobile plan, it also shows users ads which Amazon’s subscription doesn’t.

Netflix’s mobile plan costs Rs 149 a month, which translates to Rs 1,788 a year. This is actually very expensive when compared to the competitors. Moreover, it doesn’t even allow the user to stream in HD quality, the same as Prime Video’s subscription. However, Disney+ Hotstar’s Mobile plan allows users to stream in 720p HD quality.

Zee5, in comparison, is the cheapest out of all with just Rs 699 a year as a part of an annual offer. It allows you to stream in 3 screens at a time. However, it all depends on which streaming service’s content you like the most. Considering the offerings from the competition, the Amazon Prime Video Mobile plan plan has been placed strategically with slightly low streaming quality but ad-free content.