Xiaomi Mi 6 is expected to come in two variants with full HD and QHD display.

Xiaomi’s upcoming smartphone Mi 6 has been in news for quite a long time now. Adding to the list of fresh leaks, a couple of new live images of the alleged Mi 6 have been now leaked online. An unknown Chinese tipster has leaked the images on Chinese microblogging website, Weibo of an unknown Xiaomi smartphone revealing the design of the upcoming smartphone.

However, we advise our readers to take these images with a pinch of salt as the authenticity of the images as well as the leaker is not to be trusted just yet. The device is shown downloading an MIUI 8 zip file in the images, but if indeed this is a Xiaomi smartphone is not assured. Moreover, the front Mi logo is also missing as seen in the images and the design revealed here is not inline with the earlier spotted leaked images. 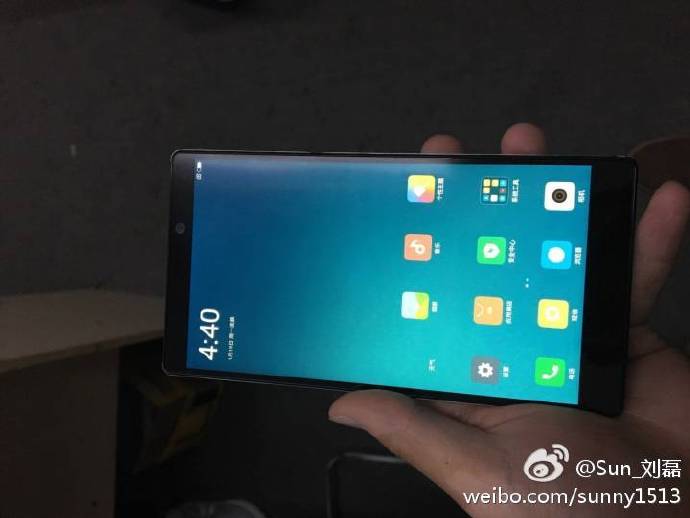 Presuming the device is Mi 6, the device comes with a flat display and not a curved-edge one. The device shows an absence of physical home button and other buttons under the display on the front panel. The display seems to have a screen size between 5.2 inches and 5.5 inches. There is a high screen-to-body ratio as per the images which remind us of the screen ratio of the concept Mi Mix smartphone.

Related:Xiaomi Mi 6 not to have Ultrasonic Fingerprint Scanner? 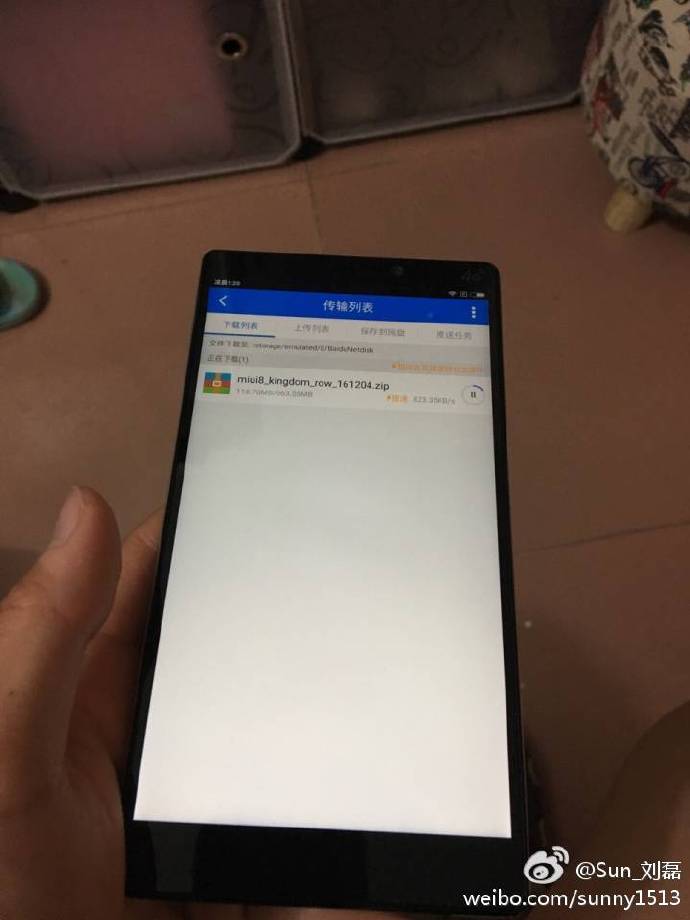 The Xiaomi Mi 6 is expected to go on sale around April this year. It will not be showcased at the at the upcoming MWC 2017 as Xiaomi will skip the event this time around. Recently, a Weibo user revealed that Xiaomi Mi 6 will come in two variants – 4GB RAM with 32GB of internal storage having a full HD display and a 4GB RAM with 64GB of internal storage with a WQHD display. Furthermore, his post says that the front camera will come with Sony IMX268 8megapixel autofocus sensor which is the same one in the Xiaomi Mi Note 2. The device will boast 12-megapixel rear camera with Sony IMX386 sensor instead of 22.5-megapixel in the Mi Note 2.

Earlier reports have revealed that Xiaomi Mi 6 will indeed come with a flat variant with 5.2 inches full HD LCD display instead of an OLED display with dual-curved edges. The Xiaomi Mi 6 will arrive in three different variants with different chipsets. The first variant will be equipped with Helio X30 SoC and will carry a price tag of about 1,999 Yuan which is approximately Rs 19,757. The second variant will run on the latest Qualcomm Snapdragon 835 chipset, and is expected to be priced at 2,499 Yuan (approx. Rs 24,718). The third variant will also come with the same Qualcomm’s chipset and will be priced at 2,999 Yuan which is approximately Rs 29,667.