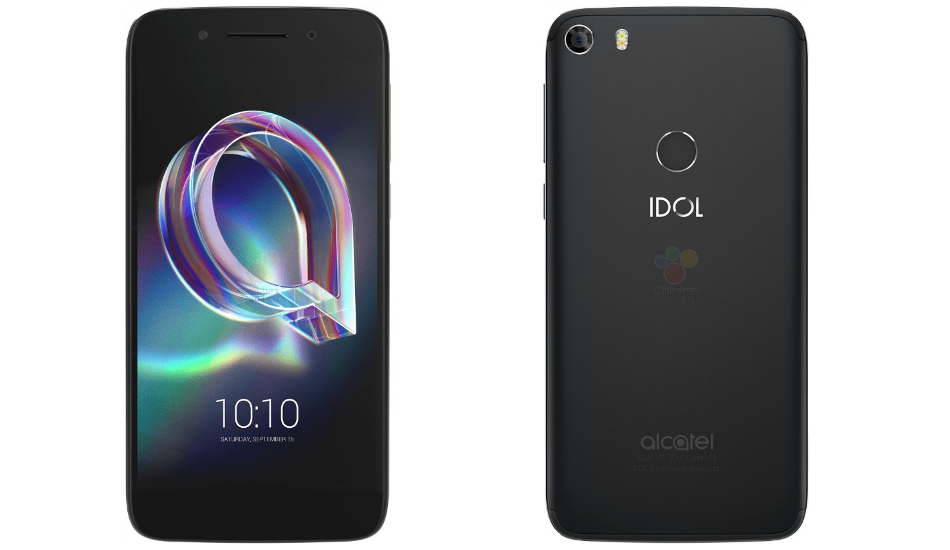 For the camera, it will feature a 16-megapixel rear camera and an 8-megapixel front camera.

The Alcatel Idol 5 recently received Federal Communications Commission (FCC) certification. Now as per a report, the Alcatel Idol 5 is rumoured to be unveiled at IFA 2017 event with a 5.2-inch full HD display with a resolution of 1080 x 1920. It is expected to be priced at €399 which is approximately Rs 30,140.

The report has revealed some major specifications of the smartphone. The Alcatel Idol 5 will feature a 5.2-inch IPS display with full HD (1080p) resolution powered by a 1.3GHz octa-core MediaTek MT6735 processor. It will have 3GB RAM and 16GB internal memory, which can be further expanded via microSD card. For the camera, it will feature a 16-megapixel rear camera and an 8-megapixel front camera. It will also feature a fingerprint sensor at the back and will have 2800mAh battery.

The Alcatel Idol 5 earlier also received WiFi certification from the WiFi Alliance (WFA) and was also spotted on GFXBench benchmarking website. As per the GFX listing, the Alcatel Idol 5 will have a 5.2-inch full HD display with 1920×1080 pixels resolution and a 5 finger gesture support. It is powered by a Qualcomm Snapdragon octa-core processor clocked at 2.0 GHz along with 3GB of and 32GB of internal storage out of which 22GB will be reserved for the users. Besides, it has Adreno 506 GPU and runs Android 7.1.1 Nougat operating system. Alcatel Idol 5 has a 12-megapixel autofocus camera and a LED flash on its rear panel and an 8-megapixel camera is included for the front.