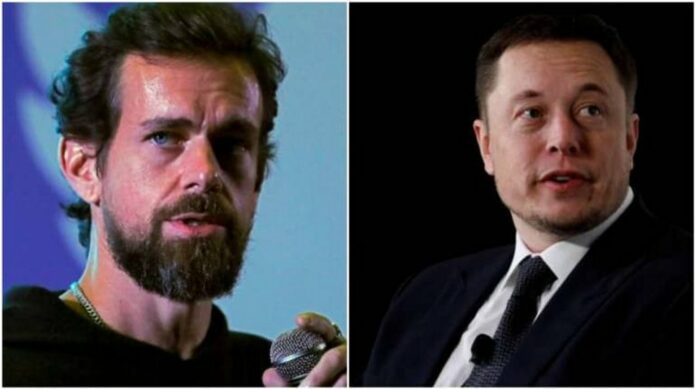 In a series of tweets, Former Twitter CEO, Jack Dorsey and Tesla Chief Executive Officer Elon Musk have taken a dig at Web 3 technology. Dorsey has criticised the involvement of venture capital firms like Andreessen Horowitz, which he accused of trying to “own” Web 3.

Web 3.0 is the 3rd generation of internet services after web, Web 1.0, to Web 2.0 for websites and applications. It will be using a machine-based understanding of data to provide information. Web 3.0 has not yet been implemented and doesn’t look like it will become a reality soon.

Musk in his latest tweet said “Has anyone seen web3? I can’t find it.”
His tweet grabed the attention of many including Jack Dorsey. He responded with a tweet himself and said, “It’s somewhere between a and z”.

His response was a reference to a16z. This is a venture capital firm founded by Marc Andreessen and Ben Horowitz. They have heavily backed blockchain, crypto, and Web 3. Musk also replied, “m something something.”

In another tweet, Dorsey said “You don’t own ‘web3’,” Dorsey tweeted. “The VCs and their LPs do. It will never escape their incentives.” The post got more than 20,000 likes and thousands of retweets within few hours.

Responding to one such tweet, which said “the hopes and dreams of the many brave people shaping a truly independent web3”, Dorsey posted, “We have bigger issues if a tweet stifles hopes and dreams. Currently it’s not wrong. Critique can help fix, or divert energy to something more important.”

Meanwhile, Dorsey yesterday also said Bitcoin will replace the US dollar, in response to a question from rapper Cardi B.