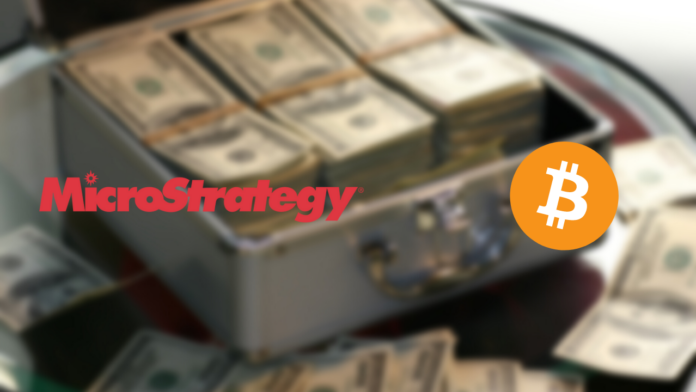 MicroStrategy is regularly present in the news for purchasing a substantial amount of Bitcoin (BTC) from time to time. This time, in less than two weeks, the company has added 1,434 coins, increasing its total holdings to 122,478 coins.
The company’s CEO Michael Saylor said, “Microstrategy has purchased an additional 1,434 bitcoins for ~$82.4 million in cash at an average price of ~$57,477 per bitcoin. As of 12/9/21 we hodl ~122,478 bitcoins acquired for ~$3.66 billion at an average price of ~$29,861 per bitcoin.”
Saylor also gave a startling statement that many crypto proponents have given in the past couple of months. He said that bitcoin would become a $100 trillion asset class, noting that it is winning against gold.

Read detailed story about MicroStrategy adds 1,434 Bitcoin to its treasury