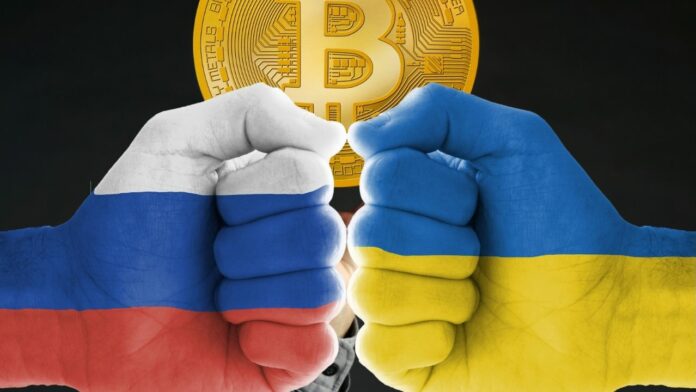 At a time, when the possibility of a war between Russia and Ukraine are the talk of the town, the price of Bitcoin is showing a downward trend. It was hovering around the $44000 mark almost a week back and now is around $37000.

On Sunday, Bitcoin’s price briefly went below the $37000 mark after Russian President Vladimir Putin issued a statement about the ongoing conflict between Russia and Ukraine.

It is important to note that there’s probably not a direct impact on the value of Bitcoin due to what is going on in Ukraine’s eastern Ukraine. However, the indirect effects, like the rise in Gas and Gold, is evident. The situation is deteriorating in Ukraine, and concerns that the current fighting war between Ukraine and Russia will escalate are ripe.

Suppose the conflict is limited to the dispute-ridden Donbass region in the eastern part of Ukraine. In that case, the effect on global financial markets might be limited and only for a short time.

As of yesterday, there’s been speculation that the Russian attack might not be limited to Donbass.

It is important to distinguish between what is happening in two autonomous republics that self-proclaimed themselves in the Donbass and what is going on throughout Ukraine.

Evidently, it was the case that the Russian army has entered into the Donbass, i.e. Ukrainian territory, following Putin’s declaration that he had recognized two independent republics.

This incursion into a territory that Russia does not consider Ukrainian could be swift and may significantly impact the markets for financial instruments within several weeks.

How are markets responding?

What’s really creating anxiety and uncertainty in the markets is primarily linked to the spread of the conflict. In case war happen, will it be limited to Donbass or spread to other parts of Ukraine is one the concerns.

If we talk about the market, the Moscow exchange lost 20% last week, but now it has recovered a bit. The other major stock exchanges worldwide are also witnessing up and down behaviour. And if we talk about Bitcoin, it is not an exception!

The drop in the value of BTC in the past one week on so is not drastic. But will it be able to sail thru? Only time will tell. Also, the drop in the price of Bitcoin can be linked to the after-effects of COVId 19 and inflation concerns across the globe.