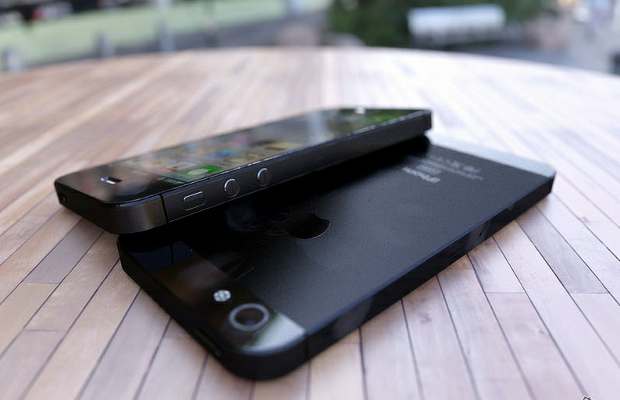 hough we know that it is still early to call the year off as there are few launches yet to happen.

2016 has certainly been one of the most balanced years in terms of smartphones. Though we know that it is still early to call off the year as there are few launches yet to happen but the majority of the flagships are already in the market if not in India. One of the most important issue we saw get resolved in 2016 is the battery life. This year smartphone manufacturers have been extremely cautious about the battery life with the capacity going up to 5000 mAh. If not the bigger battery, manufacturers like OnePlus introduced Dash charging which is another way to deal poor battery life in smartphones. Keeping that aside, let’s just speculate what 2017 will bring in for us in terms of smartphone technology so here are the top upcoming smartphones in 2017.

Samsung’s Galaxy S series is one of the most anticipated devices of the year and the next version i.e. the Galaxy S8 is set to launch at the Mobile World Congress 2017 in February 2017. As rumoured before, Samsung will include a new Artificial Intelligence Service in the S8. Further, the next beast in the S series will come with a slick design and an improved camera as it is the case every year. Also, there rumours last month that S8 might come with an optical fingerprint scanner embedded under the display which was later on denied by Android Authority claiming that it will be an ultrasonic fingerprint scanner. In addition to this, the device is expected to come with Snapdragon 830 processor. There hasn’t been much out in terms of the specifications but it won’t be long until the new upcoming Galaxy S8 starts receiving the leak treatment.

OnePlus is not a new company anymore and it was evident when the company launched the OnePlus 3 which is still touted to be the best smartphone of the year for the price. Looking a bit forward, OnePlus 4 has already been in the news with a launch speculated to be somewhere around June-July 2017. Regarding the specifications, OnePlus 4 is expected to sport Qualcomm’s Snapdragon 830 chipset which has been just released. This chipset is expected to be clocked at 3 GHz and will be coupled with Adreno 620 GPU. The camera is expected to be a 21-megapixel shooter and OnePlus 4 is tipped to come with a massive 8 GB of RAM. Unlike the OnePlus 3 which has 3000 mAh battery, the OnePlus 4 is expected to come with 4000 mAh battery. There have been reports that the next flagship from OnePlus will come with a Quad HD resolution as well. We don’t expect OnePlus to provide expandable storage but it will be pretty sweet if it’s there.

If we measure it on the basis of the sheer amount of leaks and rumours, Apple’s iPhone tops the list. There has been a lot of rumours about the next year’s iPhone already. Nikki from Japan has revealed that Apple might go for 3 size variants next year with an addition of a 5.0-inch model. Further, Apple is likely to revamp the design with all glass ergonomics. There have been also reports about the new Home Button being entirely under the display and that Apple might go for a bezel-less or curved display. While the dual camera set up is expected to stay, the bigger 5.5-inch variant might come with OLED displays. And we are not sure if it will a 7s or 8.
###PAGE###
LG G6

Though not under the limelight, LG G6 has also been rumoured recently. The smartphone is expected to come with the standard flagship specs such as Snapdragon 830, 6GB RAM and a Quad HD or even 4K display. Also, there have been no confirmation if LG will pass on the modular concept to G6 from its predecessor. Based on rumours currently hovering up, LG G6 might be announced at Mobile World Congress (MWC) 2017 though LG hasn’t been that consistent in launching its flagships.

Just like the G6, HTC’s 11 has also not able to make news just yet but there have been rumours nevertheless. Interestingly, based on recent rumours, the next flagship from HTC is likely to come with an edged display just like Samsung’s S Edge series. Also, HTC is rumoured to have been working on DSLR-like camera quality on its next flagship smartphone. According to the report, the device will sport a 12 MP primary camera with optical zoom paired with an 8 MP front-facing shooter. No dual-camera from HTC? Other than that, it is expected that the new HTC 11 will come with Snapdragon 830, 6GB or even 8GB RAM, 256GB internal storage which will be further expandable. HTC 11 is expected to launch sometime in March-April 2011 with a price tag of as high as $800.