Capture the rare moments in the best possible quality any time using one of the best mobile cameras offering smartphones.

Human eye is the best camera. We love the natural scenery, great architecture and several other objects that please our eyes. How does one share the same viewing experience with others quickly? Well, cameras on the mobile phones have been to our rescue since last decade. Off late, smartphones are also coming with cameras that are even on par with the professional DSLR cameras. But there are many smartphones in every price bracket and each of them claim to have the best camera. 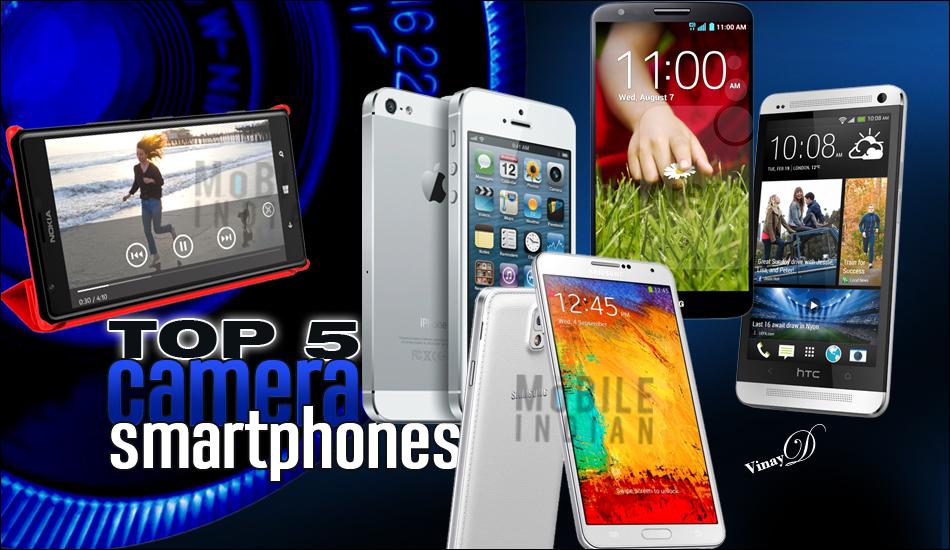 Thus to help you, we have here listed five smartphones that pack a fair combination of both – camera app and great imaging hardware. Of course all these smartphones have a front facing camera but the idea is to make the best of the rear camera. 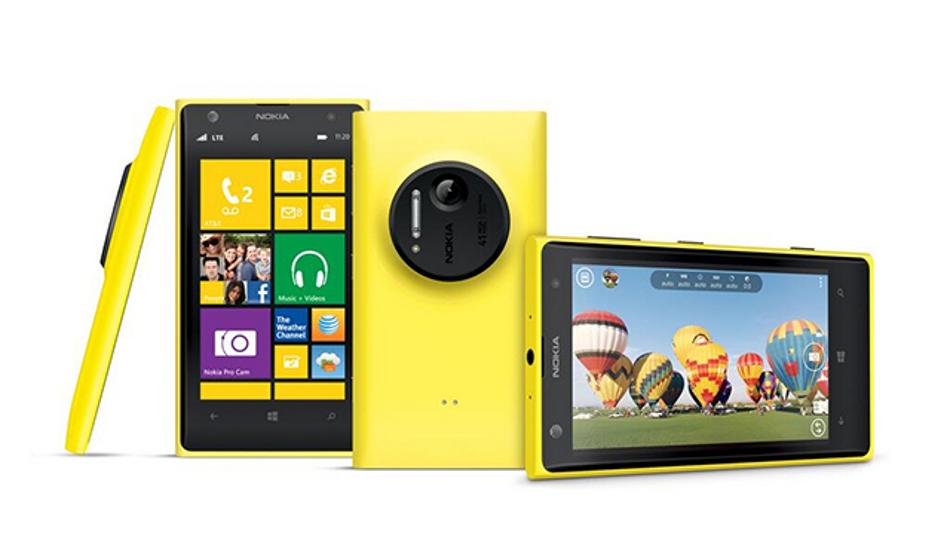 Nokia has armed the Lumia 1020 with a 41 megapixel camera with 1/1.5-inch image sensor. Nokia’s own PureView imaging technology is implemented to power the 41 megapixel image sensor. This image sensor has been married with Carl Zeiss optics. The Carl Zeiss optics comprises of a six element lens – five layers of plastic aspheric lens and one layer of high precision glass. Out of the Dual LED flash at the back, one is a Xenon Flash and other is meant for auto-focus assist. Nokia has used a f/2.2 aperture that captures wider angles and allows more light to reach the image sensor. Nokia Camera app enables more manual control of the focus, white balance, exposure and more. The only option missing so far is manual f-stop control.

For better optical image stabilisation, Nokia has deployed ball-bearing like cushions to reduce shake movements. The camera offers 4x lossless zoom and re-cropping technique (Zoom Reframe) with the new Nokia camera app. The HDR has been integrated in the form of Automatic Bracketing accessible through the camera setting options. High quality images in 34 megapixel can be captured but these images are accessible only by using a computer. Usually, the images are saved in 5 megapixel quality with PureView technology implemented. The Lumia 1020 offers slightly saturated colour which is fairly acceptable for imaging hobbyist. Read our review of Lumia 1020 here.

Apple had introduced the iPhone 5S in India two months and continued to offer previous generation iPhone models as well. The new iPhone 5S has a 4-inch Retina display based on IPS LCD panel technology supporting multi-touch and 1136×640 pixel resolution. Apple iPhone 5S is powered with Apple A6 System on Chip and M7 motion processor. Apple has loaded the phone with iOS 7 software and 1 GB DDR3 RAM. Apple offers this model in 16 GB, 32 GB and 64 GB storage options. Other features include dual-band WiFi, Bluetooth and Lightning connector to charge the device. 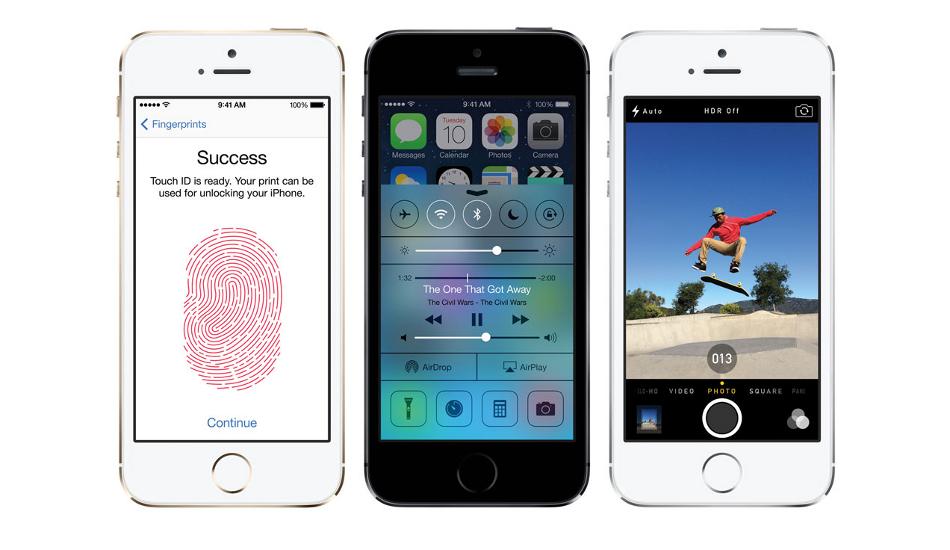 The Apple iPhone 5S comes with an 8 megapixel iSight camera with 1.5 micron pixels quality. The camera sports f/2.2 aperture that captures wider angles and collects enough light necessary for capturing images in low light conditions. Apple has used a five element lens that has a Sapphire crystal lens cover. It has also dual-LED True Tone flash to provide better colour temperature to the photos. This flash is meant to help the imaging enthusiasts in the low-light imaging to get better colours in the resultant photos. This sensor is larger than the one used in the iPhone 5 and also promises better low light photography results.

To tackle the Ultra-Violet light problem, Apple has armed the phone with the Hybrid IR Filter. Apple’s Camera app is taken as the standard for being super smooth and fastest one on the mobile platform. The Camera app offers tap-to focus feature along with face detection, burst mode and taking panorama shots. Apple has also integrates a square imaging mode with a library of live filters for the Instagram lovers. The camera is capable of recording smooth 1080p videos with image stabilisation. One can also experiment with slow-motion video recording. Entire imaging is powered by the quad-core PowerVR G6430 graphics. There is a 1560 mAh battery in the phone.

LG G2 is loaded with 5.2-inch True HD-IPS LCD display with 1920×1080 pixel resolution. This display has been constructed using Corning Gorilla Glass 2 technology. LG has housed the quad-core 2.2 GHz Qualcomm Snapdragon 800 MSM8974 mobile chipset with Adreno 330 graphics chip. LG has equipped the G2 with 2 GB RAM to run most things with Android 4.2.2 Jelly Bean update smoothly. For storage, the G2 offers 16 GB on the phone and memory slot to add in the micro SD card slot. 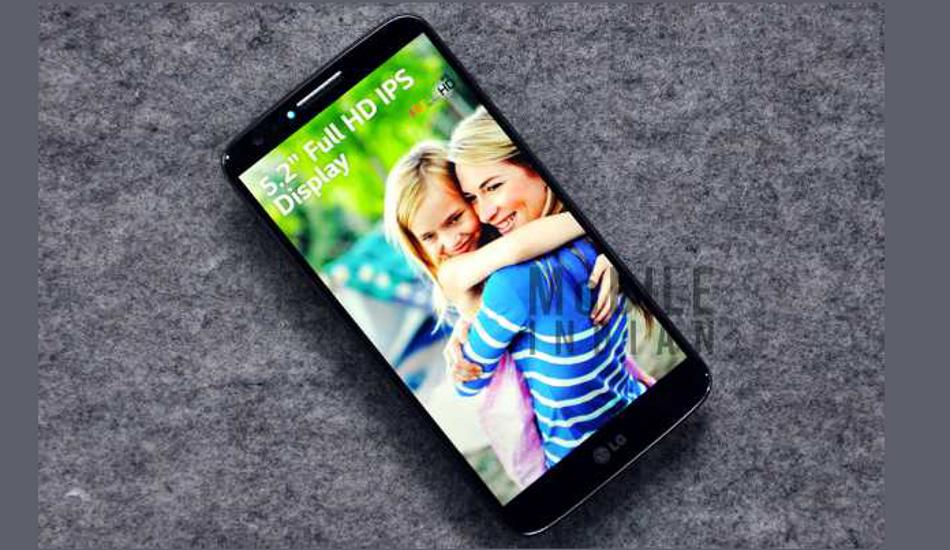 LG G2 has a 13 megapixel camera with autofocus and LED Flash. G2 has the power key just below the camera. Though it is something different, the camera lens ends up with smudges when the finger searches for the power button. The volume button is to be used for launching the camera app from the sleep mode. From several Android based smartphones, G2’s camera is quick in capturing images. LG has packed only one LED flash which may not be ideally enough but still does the job. Touch to focus, forced flash and other modes stay consistent even in the G2. LG has packed about 12 different shooting mode options for the user to choose from. These modes include the HDR and Panorama imaging for some really great experimental shots. The catch in getting the full 13 megapixel image quality photo is to shoot the subject in the 4:3 aspect ratio else it turns out to be 10 megapixel in 16:9 aspect ratio. The size of the handset is slightly big and is not easily usable by one hand for quick photo captures. The G2 offers very pleasant imaging in the good lighting conditions. LG has packed 3000 mAh large battery to keep the phone running for a day or more. Read our review of LG G2 here. 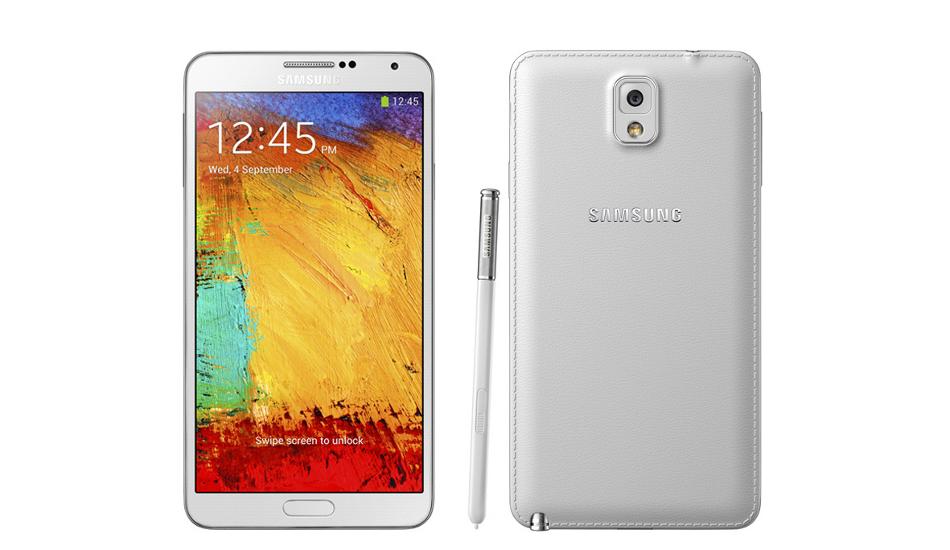 Samsung introduced the Note 3 with a 13 megapixel BSI sensor based camera with auto focus and LED flash. Samsung has tried to package all the best features in the camera app offering several modes. For instance, the Android’s Photo Sphere – a 360 degree panorama shot feature has been offered as Surround Shot. The user interface of the camera app also been tweaked so that the carousel effect is experienced while choosing between one of the shooting modes. The arrow at the bottom throws in bunch of live filters to choose from. The Best Shot and Best Face feature allows the user to select a portion of the photo to change it. One can simply go about clicking great images with the HDR and other shooting mode options. The Galaxy Note 3 becomes the frontier to allow recording Ultra HD quality video in 3840×2160 pixel resolution at 30 frames per second. Also, the user can always go for a super fluid 1080p HD video at 60 frames per second. The only thing this phone might take a backstep is the optical image stabilization. However, the quality of the images and the video is top class. Samsung has packed 3200 mAh battery to make it run for a day’s time. Read our thoughts on the Galaxy Note 3 here.

HTC One features a 4.7 inch Super LCD 3 display with full HD resolution. This display has pixel density of 469 ppi and has Corning Gorilla Glass that protects it from scratches. Built using an anodized aluminum unibody, One is 9.3 mm thick chassis. The One has a quad core 1.7 GHz Qualcomm Snapdragon 600 APQ8064T mobile processor and 2 GB RAM. HTC One offers 32 GB onboard storage and there is memory card slot at the back. The removable back panel allows dual-SIM configuration. HTC Zoe is feature inside the image gallery that integrates image editing capabilities. The smartphone comes with Android 4.1 Jelly Bean with HTC Sense 5.0 user interface that brings a new home screen feature called BlinkFeed. HTC One has stereo speakers in its front and comes loaded with Beats Audio amplifiers that deliver high fidelity sound. 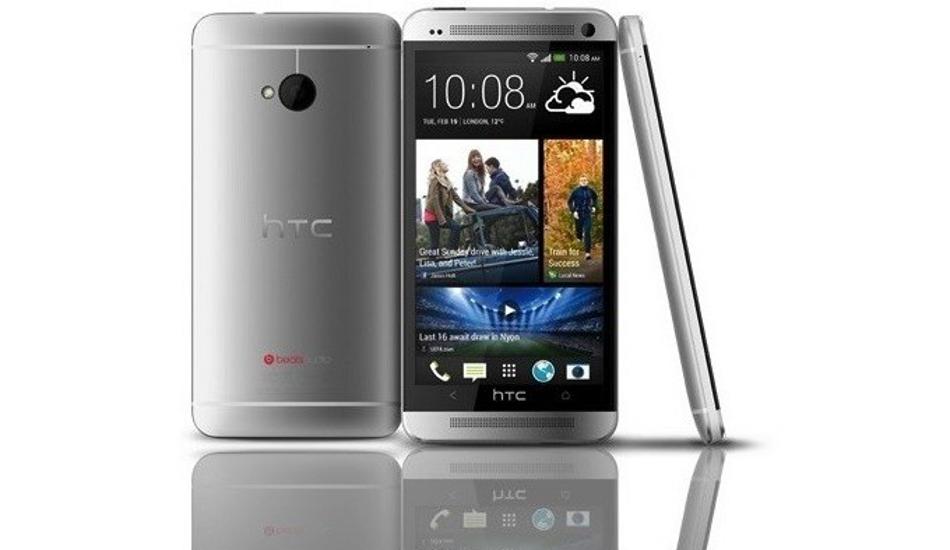 HTC One features a 4 megapixel camera with Ultrapixel technology to capture high quality images with more clarity and less possible noise. The Ultrapixel image sensor along with the f/2.0 aperture bundles along a plethora of features such as 360 degree panorama, high dynamic range, burst mode, time sequencing, and even object removal. The camera can record full HD videos at 30 frames per second and HD videos at 60 frames per second along with video stabilisation. HTC One has a 1/3-inch image sensor and HTC ImageChip 2 to optimise the built in Image Signal Processor using modern algorithms meant to optimise focusing speed, compensate colour shading and reduce noise. HTC has packed 2300 mAh non-removable battery in the phone as well. Read our review of the HTC One here.

Apart from these five handsets, the two devices that come closer to this race are the Nokia Lumia 1520 and Sony Xperia Z1.