The most popular feature rich devices for a low-budget, within Rs 10,000.

Budget smartphones offer bare minimum hardware specifications and features while high-end devices offer faster and better hardware and features. In recent times this gap has been bridged to a great extent. So much so that devices that fall under the Rs 10,000 price range also offer quad core processors and features, which only flagship devices tended to earlier give.

So to help our readers choose the best devices with a sub Rs 10,000 price tag here we present the top 5 sub Rs 10,000 android smartphones.

The era of single core and dual core smartphones is almost at its end and with manufacturers bringing in quad core devices at sweeter price points, we are definitely heading toward some exciting times. Well, the Xolo Q600 is currently the cheapest quad core processor powered android smartphone. But as with all things this humbly equipped android smartphone comes with killer looks in both black as well as in white.

Powered with android’s latest 4.2 Jelly Bean operating system the Xolo Q600 features a 4.5 inch TFT 854 x 480 pixel display with a pixel density of 217 ppi. The smartphone is powered by a 1.2 GHz quad core processor and Power VR SGX544 GPU aided with 512 MB RAM. For storage the Xolo Q600 comes packed with 4 GB internal storage, which can be further expanded to 32 GB via a micro SD card.

There is a 5 megapixel rear camera that can record videos at 30 frames per second, and a VGA camera in front for video chat. It is a dual-SIM smartphone with dual standby. Other connectivity options include 3G, Bluetooth, WiFi and GPS.

The list of Sony’s android smartphone devices has been growing ever since the split between Sony and Ericsson took place, right from the cheapest ever Sony Xperia Tipo and Miro, Sony has maintained its quality and appeal across devices. The Sony Xperia E sports a 3.5 inch 320 x 480 pixel touchscreen display and is powered by a single core 1 GHz Qualcomm Snapdragon MSM7227A processor. There is 512 MB RAM to supplement it and there is 4 GB of internal storage that can be further expanded up to 32 GB using micro SD cards. 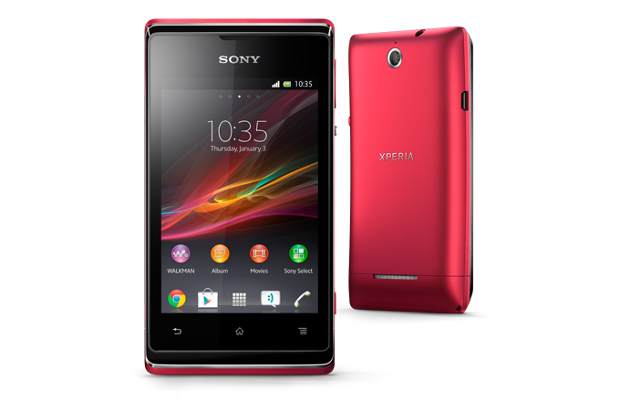 The device gets a 1,500 mAh battery that can provide talktime of up to 6.3 hours, or a standby time of up to 530 hours. The Xperia E smartphone also gets a 3.2 megapixel rear camera with auto focus. Sony has revealed the Xperia E in both dual SIM and single SIM versions.

According to Sony the smartphone offers HD Voice, which makes phone calls clearer than on other devices, and there is a noise cancellation feature that filters out background noise.

The Galaxy S Duos is a classic example of how well a budget device can offer users a premium look and feel. It’s been quite a while since the Galaxy S duos was launched but till today this phone remains one of the popular devices that Android has seen. The Galaxy S Duos as its name suggests, is a dual SIM android smartphone powered with a 1 GHz Qualcomm snapdragon MSM 7227A processor running the older android Ice Cream Sandwich operating system. But Samsung has rolled out android Jelly Bean 4.1 operating system upgrade for the device as well. 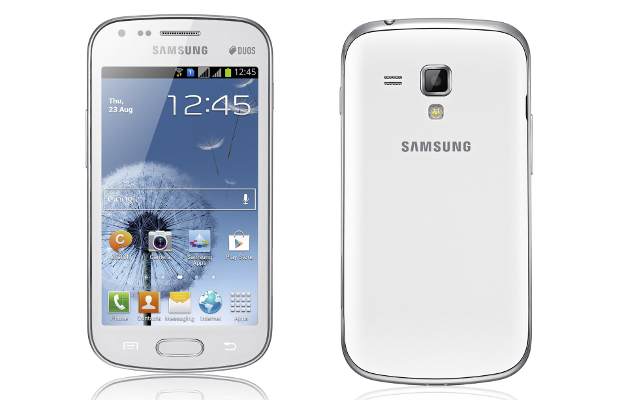 The 4 inch LCD display comes with 480 x 800 pixel resolution while the 1 GHz processor coupled with 768 MB RAM takes care of applications well. The device utilizes a slightly older but functional Adreno 200 graphics engine, which will be good enough for most tasks, but HD gaming will be one task where the device will lag.

The device comes with 4 GB of usable onboard storage while another 32 GB can be expanded using a standard micro SDHC card as well. The imaging is handled by a 5 megapixel auto focus camera that can sadly record VGA resolution videos only, but there is an LED flash for illumination in low light conditions. In the front there is also a VGA camera for video calling.

The Doodle from Micromax is a clear example of how well a stylus goes with a big screen device. Micromax has taken a good quad core processor powered android smartphone and has made it better by adding stylus functionality to it. Although it’s not as refined as the Samsung Galaxy Note it is still worth every penny it costs. 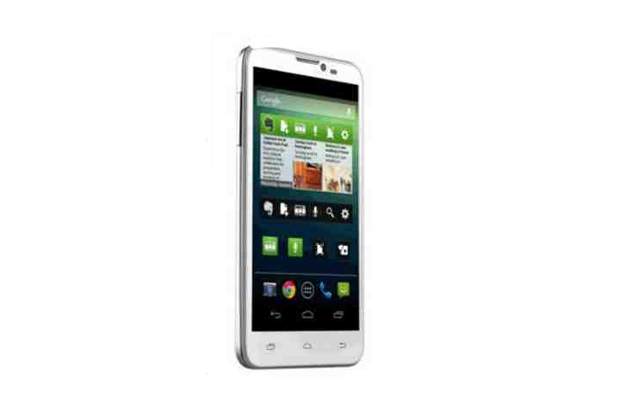 The Canvas Doodle gets a 5.3 inch display with 540 x 960 pixel resolution and runs on android 4.1.2 Jelly Bean operating system. The phone gets a Qualcomm Snapdragon Play quad core processor running at 1.2 GHz, with 512 MB RAM. There is 4 GB storage on the device that is further expandable up to 32 GB with the help of micro SD cards.

The phone has an 8 megapixel rear camera and 2 megapixel front camera. The Doodle A111 comes with a complimentary flip cover as well and is powered by a 2100 mAh battery with a claimed 6.5 hours talk time.

The Karbonn Titanium S5 is a fully loaded android smartphone, or phablet as most call it these days, that offers a powerful set of hardware specifications at a pocket friendly price tag. The Karbonn Titanium range of devices looks grand and stands out in the crowd. 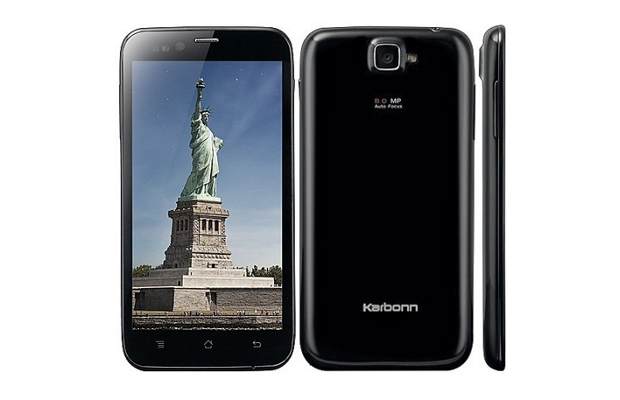 The device is a dual SIM phone with a 5 inch 540 x 960 pixel display. It runs on a 1.2 GHz quad core processor from MediaTek and to top it off it gets 1 GB RAM. The phone runs on the latest Android Jelly Bean OS version 4.1.2. and most likely it will get Jelly Bean 4.2 upgrade as well.

Titanium S5 has an 8 megapixel rear camera and a 2 megapixel front camera. It uses a 2000 mAh battery and connectivity features that include 3G, WiFi and Bluetooth.