Xiaomi Redmi 4A Review: The rise of a new standard

Xiaomi has yet again come up with a new budget smartphone, Redmi 4A, to conquer the sub Rs 6,000 market. But will it be successful?

Way back in 2014, Xiaomi introduced Redmi 1s smartphone in the budget segment, which became an instant hit all thanks to its value for money proposition. The device got some rave reviews from the tech pundits and was liked by the masses. Fast forward it today and Xiaomi has yet again come up with a new budget smartphone, Redmi 4A, to conquer the sub Rs 6,000 market. However, things have changed drastically during this tenure in the smartphone market, but still, this segment is yet to see a set standard in terms of performance and specifications. And this is exactly where Xiaomi is planning to hit hard. But will it be successful? Let’s find out. 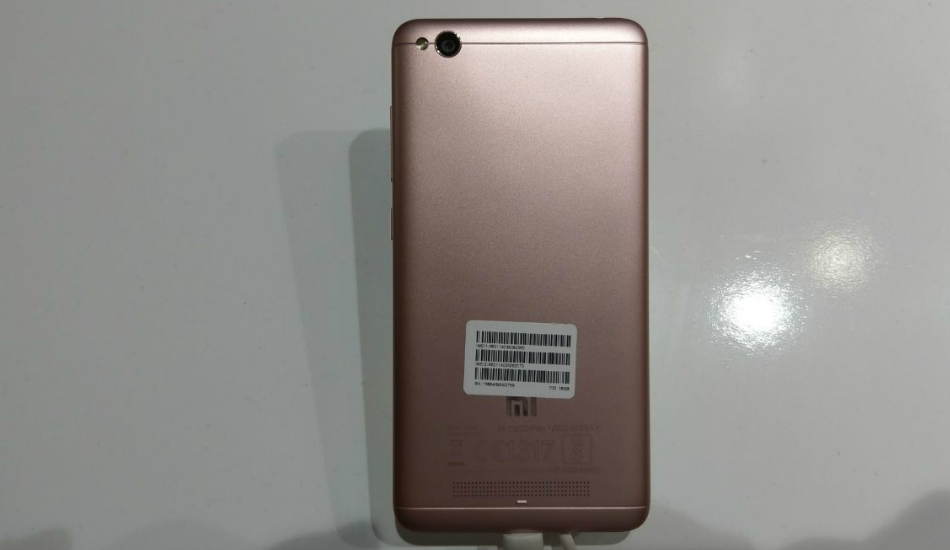 Xiaomi has pretty consistent with the construction of the smartphones and it is reflected in this one as well. The moment you hold the smartphone, you get the sense of déjà vu. The phone looks eerily similar to company’s other budget offering, Redmi 3s, but without a metal build. The smartphone comes with a shiny finish and is built from polycarbonate body (all that glitters in not metal). However, this doesn’t feel cheap and still manages to give a decent look, which in turn is a good move. We got the grey model for review and it surely gave a pretty premium look and feel, which works in favour of the device. However, by spending 1000 bucks more, you can get yourself Redmi 3s, which comes with a metal unibody and looks more premium.

Though it is not the sleekest of them all with 8mm thickness but it notably one of the lightest phones with weighing just 131.5 grams. The device is compact design coupled with those gently curved edges at the back, which is enough to fit in one’s hand easily. We liked the fact that one could to every corner of the display panel without any hassle, a thing we miss in the era of big screen smartphones.

Quickly briefing about the aesthetics of the device, there are physical navigations buttons, which are not backlit in nature at the base of front panel. The volume controls and power on/off button are on the right, while at the left there is a hybrid SIM slot. At the base, there is a microUSB port, while at the top, there is an audio jack. At the back you get the primary camera with single LED flash and company’s logo along with speaker grille sitting at the base. At the end, the device is certainly well-built and gives a premium in spite of having a cheap price tag. 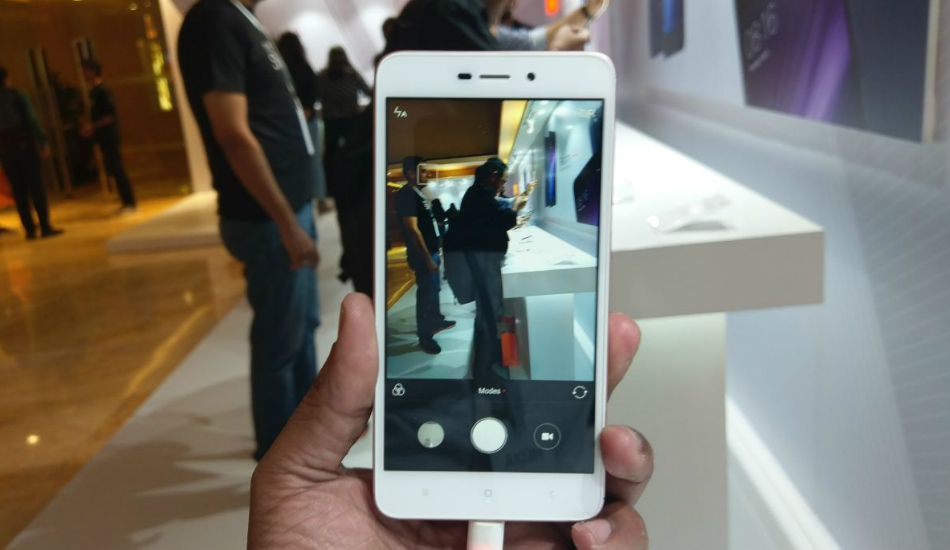 The Redmi 4A sports a 5-inch HD display with a screen resolution of 1280 x 720 pixels resolution. Being a compact one, the HD screen on the device gives some good colour reproduction. The display is at par with the rest of the options available in this price segment and we had no problems using it under direct sunlight as well as text and images appears to be bright enough.

And of course, like all Xiaomi device, this one also offers ‘Reading Mode’ which eliminates all the blue light making it even more comfortable when you want to check all the things moments before dozing off. Further, you can adjust the strength for this mode and can also select particular apps in which you require Reading mode. The display is on the warmer side, but one can change the colour temperature by going to the Settings app. 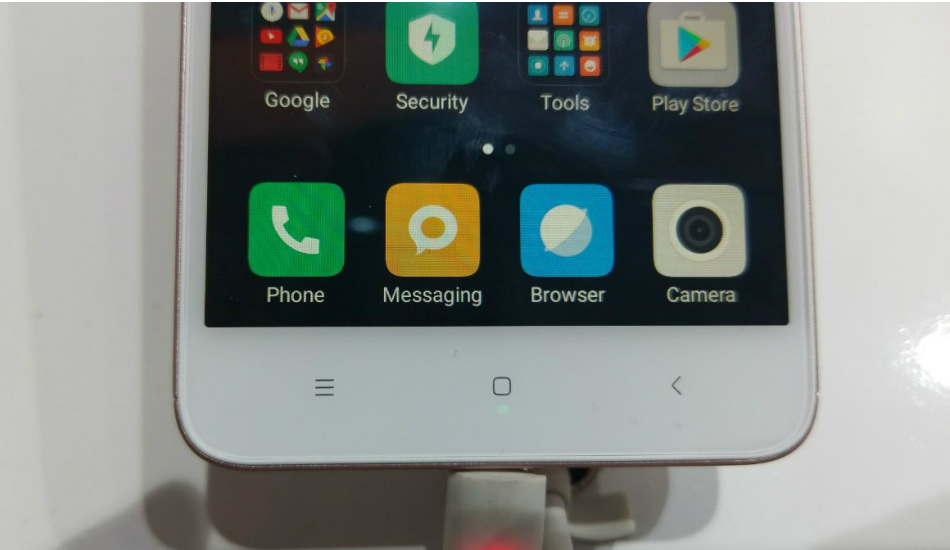 This is where the phone offers, what many fails to do at this price segment. the smartphone powered by a 1.4GHz Snapdragon 425 processor coupled with Adreno 308 GPU. It comes with 2GB of RAM and 16GB of internal storage, which is expandable up to 128GB via microSD. On the connectivity front, the device sports Besides the smartphone offers Hybrid Dual SIM, 4G with VoLTE, Wi-Fi (802.11 b/g/n), Bluetooth 4.1, GPS, and a microUSB port. That said, at a time when other manufacturers at this price point are stuck with either MediaTek or Spreadtrum processor, Xiaomi is giving you a Snapdragon processor, which turning point for this device.

For your reference, company’s like LG and Vivo are offering somewhat similar specifications at just double the price. Coming to the performance, the device is able to handle all the tasks we throw at it. Whether be it streaming, browsing, messaging or any other daily task for that matter, the device scores some good marks in this department. However, one might feel minute lag when switching between applications, but you can ignore keeping the Rs 5,999 price in mind, can you? We also liked the fact that it can handle some graphics title like Asphalt 8: Airborne with ease, though there were some occasional lags during our testing period.

There is also an infrared blaster through which one can control various home appliances. We tried it with Tata Sky set-top-box and Toshiba LED TV and was satisfied with the performance as the Mi remote app has a simple interface. The speakers on the downside are not of good quality as it tends shimmers at high volumes. Call reception is good and it also supports VoLTE, meaning that you can use Jio SIM with it. 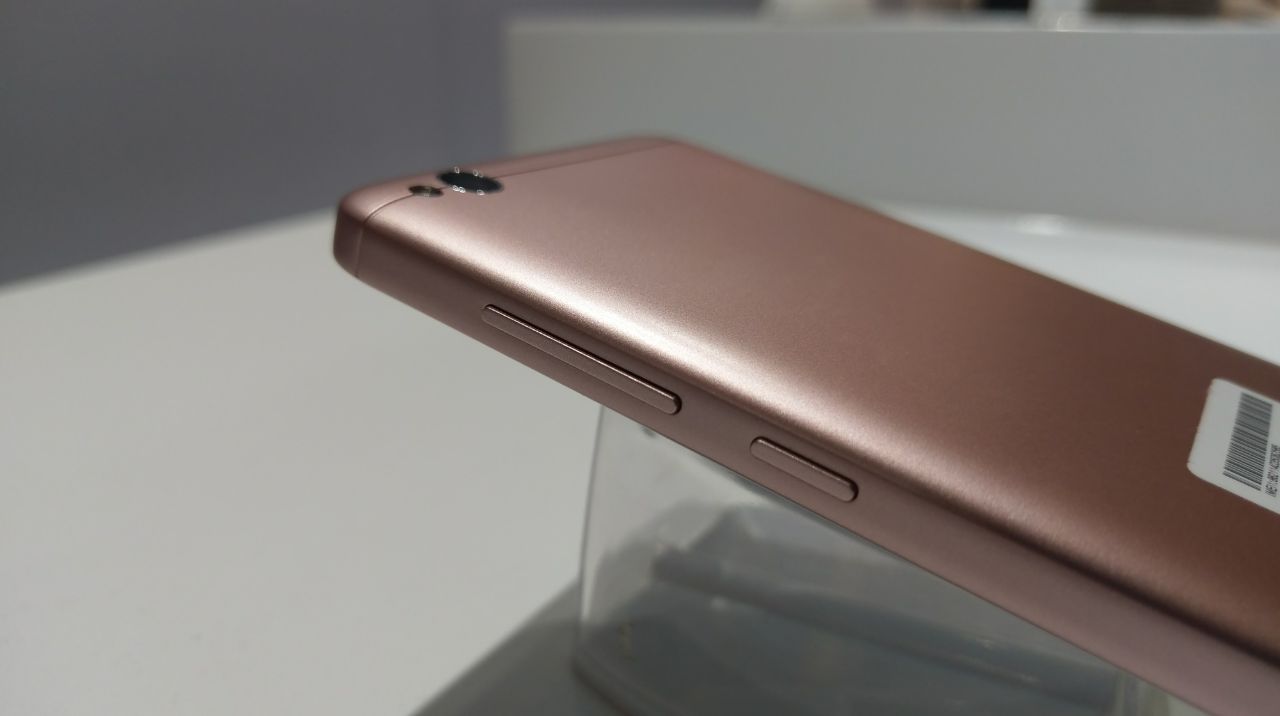 Moving on to camera department, the device ships with a 13-megapixel rear camera with PDAF, LED Flash, a f/2.2 aperture on its back, and a 5-megapixel front-facing camera for selfies. The camera UI is particularly neat and simple to use. There are different modes including Panorama, Timer, Audio, Manual, Straighten, Beautify, HHT and scene.

The camera performance might not be the strongest point of this device. Though it was able to take some good shots till the time there was ample amount of light available, however, we noticed the colours were a bit washed out. But still, it is enough to post it on social media sites. Under the low light, the performance was average as the pictures were a bit grainy in nature.

The front camera took some good selfies in broad daylight and there is a Beauty mode, which in turn has an advance pro mode through which one can adjust beautifications according to their needs. There are a plethora of filters available, which is a welcome move. 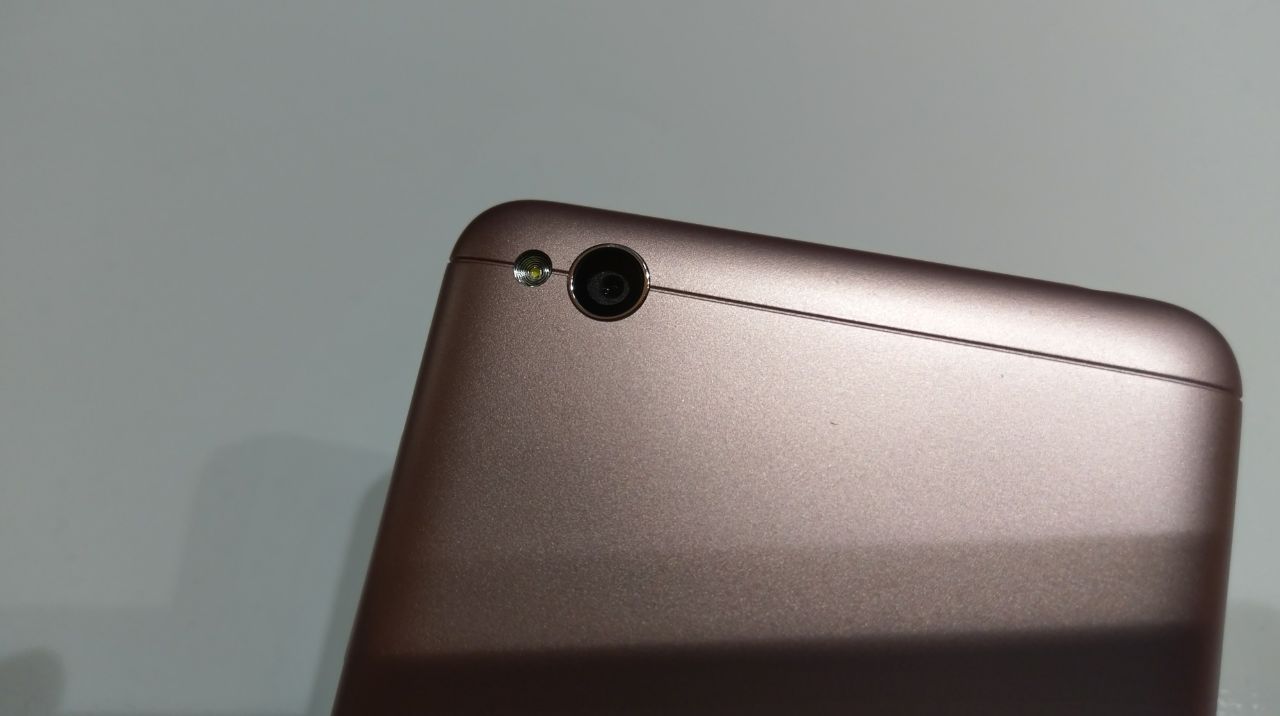 On the software side, the device runs on Android 6.0 Marshmallow with company’s own MIUI 8 running on top of it. First thing first, the user interface takes a heck of a time to set up the device, one thing Xiaomi need to work on. However, the MIUI is one of the those few user interfaces we have seen which offers a bunch of interesting features and bunch of customizations. You got features like App Lock and Dual Apps, which comes handy at most of the times. But what it even more interesting is the Second Space feature, which basically allows you to create a second profile for your device. Unlike creating users profile, it creates a complete another device, which is pretty neat. Other features include Child Mode that helps you lock certain apps; Lite Mode which is comfortable for elders; Quick Ball button which gives quick shortcuts; One-Handed Mode to shrink the display (but won’t using that anyways). However, it is worth mentioning that the device comes with too much of bloatware apps, which takes unwanted space, especially if you consider the 16GB storage. But, thankfully, you can delete it, which is indeed blessing in disguise.

Last but certainly not the least. The smartphone boasts a 3120mAh battery, which gives some respectable backup. The device can last a day or so with a single charge, however it took some time to get fully charged up. But again, by spending 1000 bucks more you can get Redmi 3s, which comes with 4100mAh battery and has a good performance record in this department as well.

To sum up, the all-new Redmi 4A has all the ingredients to become another hit at this price point. The smartphone surely raises the bar for the much-need standard at this price segment. The device offers some decent design, good battery life and respectable performance for Rs 5,999. However, if you pay Rs 1000 more than you can get Redmi 3s, which offers metal unibody, better Qualcomm Snapdragon 430 processor and better battery backup.