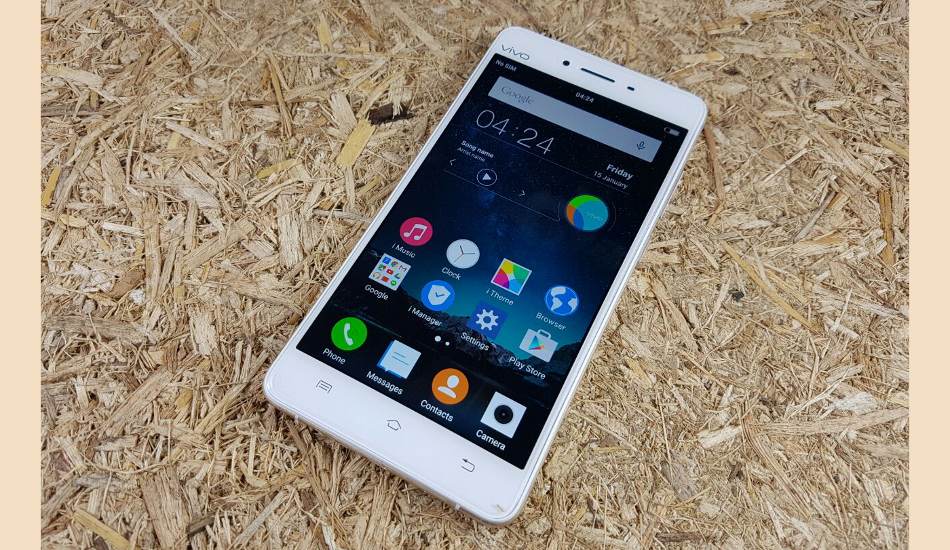 In the last few months, Chinese Players are launching one handset after other in Indian market. Today, it was the turn of Vivo which launched two handsets Vivo V3 and Vivo V3Max. Here is our first impression of V3 Max. 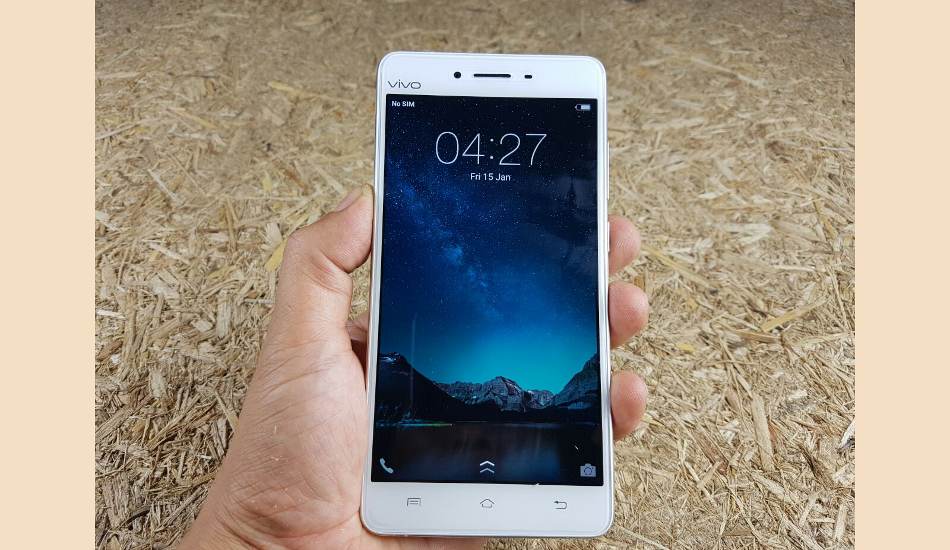 The Vivo V3 Max is priced at Rs 23,980 and comes with 5.5 inch FHD display, 4GB RAM and 32GB ROM which can be further expanded by another 128GB via a micro SD card. It is powered by a Qualcomm Snapdragon 652 octa-core processor that has maximum clock speed of 1.8 GHz. It runs on Android 5.1 Lollipop operating system on top of which lies a customized interface called Touch OS2.5.

Vivo V3 Max has a 13 megapixel rear and an 8 megapixel front camera. This 4G smartphone is powered by a 3000 mAh battery and for security it has a fingerprint scanner at the back.

Vivo V3 Max comes with full metal unibody, along with square shaped fingerprint sensor at the back. Indeed, the phone looks good in its metal body and if brand name is hided it looks like most of the metal body smartphones available in the market. However, due it its metal body it feels a bit slippery and to negate it the company is offering a transparent back cover which does not hamper its looks but at the same time it gives better grip. 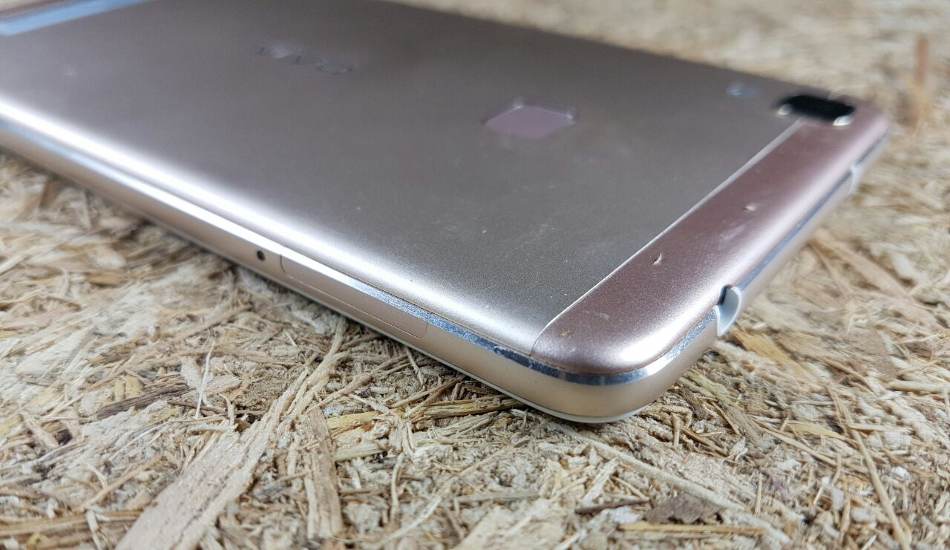 Due to its big size, not everyone will be able to operate the device in one hand. However, there is provision for using the device in one hand where the display size reduced and one can choose left or right alignment. The finger print scanner at the back felt quite fast during our quick review. It can unlock the device and also click pictures. 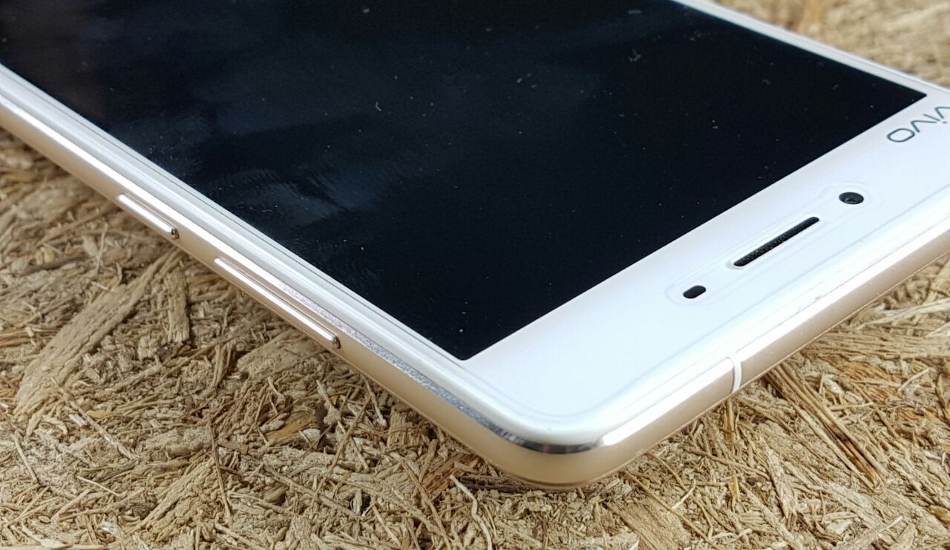 The SIM tray, which is a hybrid one that can accommodate two SIMs or one SIM and a micro SD card at a time, is on the left-hand side while the volume rocker and the power button are placed on the right-hand side of the phone. The 3.5 mm jack is at the top while speaker grill and the USB port are placed in the bottom panel. Another tiny speaker grill is positioned just above the display alongside a proximity sensor and the front camera. There are three touch buttons below the display â€“ Menu cum task killer, Home, Back. All these touch keys are not back-lit.

The Vivo V3 Max has a 5.5 inch display. The display’s brightness seems enough but I will have to test it in bright outdoors. The display felt quite smooth and responded to touch quite well.

Vivo V3 Max runs on Android 5.1.1 Lollipop operating system with Funtouch OS 2.5 custom user interface on top of it. The interface is a bit different from the default Android version. For instance, here while swiping from the top you will see the notifications but not the Quick Widgets like brightness controller, WiFi, Bluetooth, GPS etc. Instead to access such widgets you have to touch the Menu key located below the display. It is similar to what we have seen in LeEco smartphones. 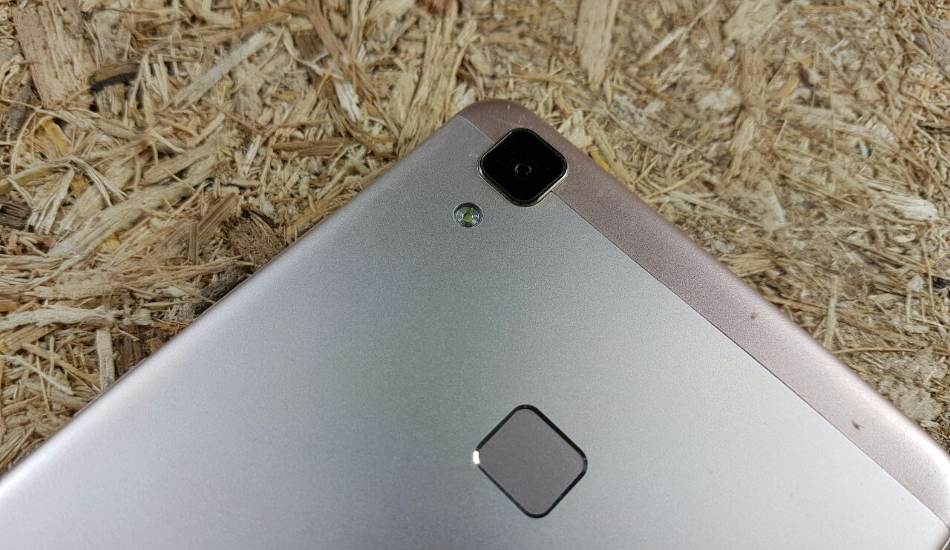 There is no app drawer either and everything is laid out on the home page itself.

The V3 Max has a 13-megapixel rear auto-focus camera with LED flash and an 8-megapixel front camera for selfies. We will talk about the cameras in detail in our review but you can check few pictures we have clicked using the device here.

It is too early, comment about the performance of the device but going by the hardware specs we are hopeful it will be a glitch free performance. Stay tuned for our detailed review.