Here's our review of the Vivo V23 5G, which we think has one of the most impressive designs out there in its segment. 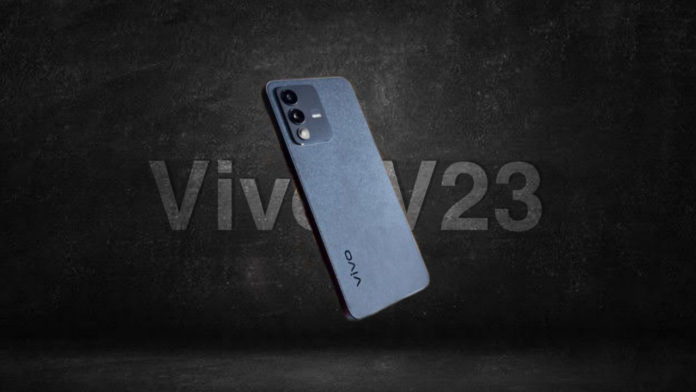 With Vivo gaining momentum in India with the help of its sub-brand iQOO and with its own devices, the brand has been on a launch streak since the beginning of the year. One of its recent launches is the Vivo V23 5G that is priced starting at Rs 29,990 and goes up till Rs 34,990 for the top variant. The segment Vivo chose is filled up with alternatives such as the recently launched iQOO 9 SE which comes at Rs 33,990, the OnePlus Nord 2 which also starts at Rs 29,999 and some others. So let’s take a look at what Vivo has to offer with the V23 5G and how well it stands up against the competition.

The design element is one of the strongest pillars on which Vivo V23 stands. The device has a metal back with an aluminium frame with flat sides which feels as premium as a flagship would. The volume and power buttons on the right give good feedback and the overall grip when holding the phone is very good.

The stardust black variant we got has a glittery shine when put under sunlight which looks amazing while the gold variant has been claimed to change colours in lighting. There’s a single speaker at the bottom which sounds average at full volume and is a bit disappointing. Another disappointing hardware element is the rattling vibration motor which is exactly opposite to how good looking the design is. It vibrates loudly and is similar to those on budget phones.

At the back there’s a triple camera system sitting inside a square array and a flash at the side. The camera array protrudes a little and doesn’t sit flat on a table but that isn’t an issue either. In comparison with its competitors such as the Nord 2 and the iQOO 9 SE and others, we feel this is a design which most of the smartphones in this range don’t have and at the same time, is also the most impressive one. There’s a curved back panel on the iQOO 9 SE that we have seen on a bunch of other smartphones. The Nord 2 also has a similar design.

The Vivo V23 5G has a 6.44-inch AMOLED FHD+ display with a 90Hz refresh rate that supports a 2400 x 1080 pixels resolution. Vivo has gone with the notch design that looks a little too old at this point, but it’s better than having two punch hole cutouts as the device has a dual selfie camera setup.

As far as the display is concerned, it gets very bright when outdoors, however, it is a bit reflective as well. The colour reproduction was nice and everything looked sharp enough. Compared to the Nord 2, which we have tested in person, the display looks too reflective which can be distracting at times. There were no issues with colours and refresh rates.

The Vivo V23 5G has a Dimensity 920 SoC under the hood and the variant we got had 12GB of RAM with 4GB virtual RAM along with 256GB of storage. In daily usage, the performance was more than decent with every app opening instantly and being kept in memory by the OS for as long as possible. We didn’t face any kind of lags when switching between apps.

As for gaming though, I was a bit disappointed when playing Call Of Duty Mobile as Battle Royale matches were often lagging and I could notice a bunch of frame drops. Games such as RL Sideswipe worked well but I felt that the touch responsiveness could have been better. For heavy gaming, we would pick the Nord 2 or the iQOO 9 SE as they have much more capable processors that handle heavy games with ease.

The V23 5G from Vivo runs on FunTouch OS 12 based on Android 12 out of the box which is great. We got the February security patch a few days ago which is also a good move. However, FunTouch OS hasn’t adapted one of the key features of Android 12, and that is Wallpaper based theming. Moreover, the animations such as ones which appear when closing an app or opening it have changed from what I saw with the Vivo X70 Pro.

These animations now look similar to those animations which we saw years back with older Android versions. Software is always a personal preference and is subjective on the basis of liking. FunTouch OS, contrary to its name, isn’t very fun to use and gets boring after a while despite being smooth and decent looking. iQOO will give you an identical experience as the Vivo V23, but if you want an OS with smooth animations, OnePlus, Oppo or Samsung is the way to go.

The Vivo V23 5G is backed by a 4200mAh battery that supports 44W fast charging. With a medium level of gaming along with constant 90Hz refresh rate, browsing, watching videos, browsing and chatting, the Vivo V23 5G lasted me more than a day with 6 hours and 40 minutes of screen-on time. With heavy gaming, you will end up killing the phone before the day ends.

However, despite that, battery life on the V23 5G is super and is better than the Nord 2. We haven’t tested the iQOO 9 SE yet, so we cannot comment on its battery performance. From 7% to 100%, the Vivo V23 took exactly 60 minutes which is again very decent.

The 64-megapixel shooter clicks really good photos under direct sunlight as well as under artificial light. The shots clicked outdoors are full of details and natural looking colours with decent dynamic range and sharpness. The details stay intact even if you pixel peep. However, the shots weren’t consistent and the exposure kept on changing in every photo I clicked outdoors. Photos under artificial lighting were also well detailed with vibrant colours and brightness.

The photos with wide-angle lens had very different colours than the ones clicked with the primary sensor. The exposure was again inconsistent and the samples weren’t very sharp. However, they looked decent at a first glance, one can notice that the HDR is a bit overdone in wide angle shots which also brings a white outline around subjects.

The same happened when I was capturing selfies where I had a bright background behind me. The result was me looking like a cutout placed in that photo. The skin tone was captured accurately with the primary camera but with the wide-angle, the skin tone changed to a warmer one. However, edge detection was on the better side in portraits and the wide-angle does help you cover a good amount of range where you want to click a group selfie.

Portraits from the back camera were excellent as well, be it in terms of sharpness, colours or edge detection. The V23 from Vivo gets the portraits perfect without any issues. You get natural colours without any sort of noise in the picture. As for shots taken under low-lighting, the detailing and sharpness do take a hit while edge detection stays on point with decent looking colours.

Shots under the night environment were average with little to no details. However when I turned on the night mode, the photos were brightened up a little but the detailing remained the same. The colours were kept natural here as well and we would say that the camera is usable in night mode, but isn’t the best.

In short, Vivo gets the cameras in the right way and the way it should be implemented in a smartphone at this price. Yes there are minor issues with image processing but that can be easily solved via a software update. 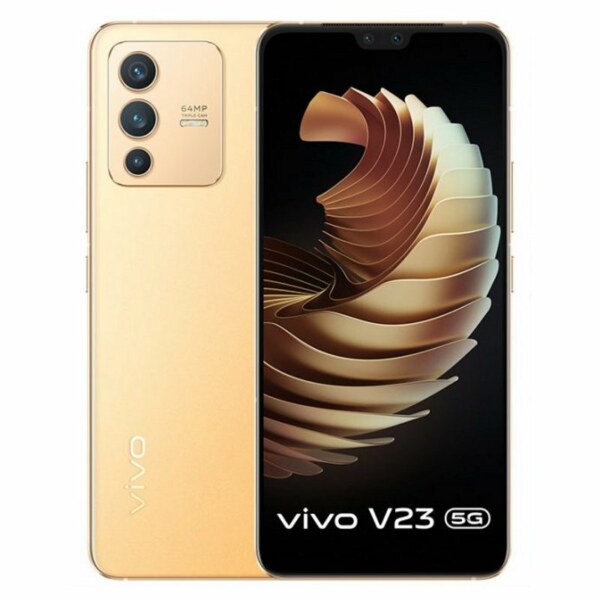 Share
Facebook
Twitter
WhatsApp
ReddIt
Previous article
Nokia C01 Plus 32GB storage model launched in India, price hiked for older model
Next article
What Nothing Needs to Do to Succeed in the Phone Market

Load more
The Vivo V23 is overall a great package at what price its being offered. There are smartphones that have better gaming performance in the same price segment, and even better haptics and sound. But if you want great cameras, decent overall performance along with top notch build quality and design, Vivo V23 is the way to go.Vivo V23 Review: Great looks for the price