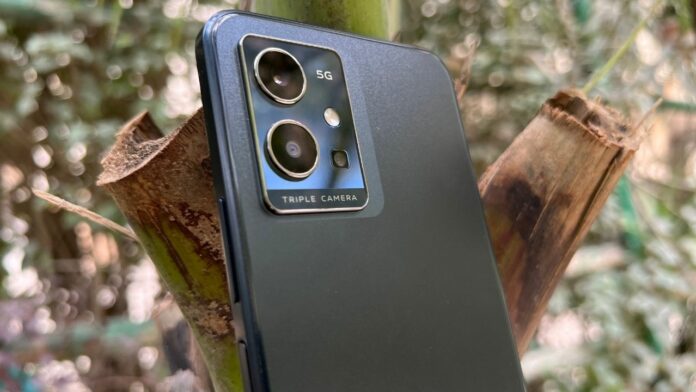 There is no questioning the fact that the mid-segment of the Indian smartphone market is quite jam-packed. Phone after phone keeps getting launched in the segment, so much so that it has almost become impossible for most smartphones to stand out in this dense crowd. A new phone series is being introduced under the sub Rs 20,000 category to make matters even more crowded. Vivo has launched the Vivo T1 5G smartphone for Rs 15,990 for the 4 GB variant, the first phone to come with its T series branding. But will it be able to survive the tough competition?

The first thing we want to get out of the way when it comes to the looks of the Vivo T1 5G is that it is a good-looking smartphone. The phone will make a solid impression on you right out of the box, especially if you are into the whole ‘colour changing back’ concept. We received the Rainbow Fantasy colour variant and it looks exactly what it sounds like. Even though the back is predominantly blue, the colours on the back change as the angle of light falling on it changes. So you get a mix of blue, orange, pink hues on the back as you move the phone a little.

The Vivo T1 has a typical, ‘I am plastic but want to pass off as a glass back’ look, which we have nothing against. It looks good and that is all that matters to us. Plus the plastic back makes it less fragile. The back is reflective without being shiny smooth. There is a massive rectangular camera unit on the top left corner, home to three camera sensors, a flash along with “5G” and “Triple Camera” branding. There is Vivo branding on the bottom left side of the smartphone.

The front of the phone is dominated by a tall LCD display with thin but not quite as thin bezels that we are used to seeing on smartphones nowadays. The bezel on the chin is a bit on the thicker side as well. In addition, the phone has a drop notch which is quite 2019 in our opinion and gives its front a slightly dated look.

What brings the phone to the 2022 design party are its flat sides. The Vivo T1 dons flat sides, something which is beginning to pick up pace in the smartphone design world. The right side is home to the volume rocker and the power/lock button that doubles up as a physical fingerprint scanner, while the left side remains bare. A similar language has been followed for the base and top of the phone as well, where the base of the Vivo T1 holds the 3.5 mm audio jack, the USB Type C port and the speaker grille while the top is plain.

A bit of a mixed bag in design terms

The Vivo T1 is a mix bag when it comes to design. The phone follows a slightly dated design language for the front with the drop notch design and quite noticeable bezels and the back that comes with a colour gradient finish. That said, the flat sides, the physical fingerprint scanner and a different looking camera unit help it stand out.

Thanks to its plastic build, the phone does not feel too heavy as it weighs187 grams. Instead, it feels quite handy because it is 8.25 mm thin, but is quite large otherwise, measuring 164.00 x 75. 84 x 8.25 mm and is not quite one-hand friendly when it comes to usage. But the flat sides do give it a good grip – it does not really slip out of one’s hand that easily.

We like the look of the Vivo T1 and as we said in the very beginning, the phone has got good looks but to some these good looks might look a little more 2019 than 2022. So it all depends on which side you look at first.

Just like the looks, the specs of the Vivo T1 are a bit of a mixed bag as well. To begin with the positives, the Vivo T1 5G is powered by one of the latest Qualcomm offerings– the Snapdragon 695 5G processor. It is a new mid-segment processor by Qualcomm. Our unit is paired with 8 GB RAM and 128 GB storage and the combination of these should be enough to get you through your daily requirements with ease. There are two more variants– 6GB/ 128 GB and 4 GB/128 GB. You can also expand storage to up to 1 TB by using a microSD card. The phone comes with a hybrid SIM slot.

There is a 6.58 inch full HD+ LCD display on the front that comes with a 120 Hz refresh rate.
On the back, the Vivo T1 comes with a triple camera set up on the back with a 50-megapixel sensor spearheading the trio. There is a 16-megapixel front-facing camera for selfies and video calls. The phone runs on Android 12, topped with Vivo’s FunTouchOS 12.0, making it one of the first devices in the segment to come with Android 12 out of the box. A 5,000 mAH battery runs the show.

…and some not so impressive ones

While these numbers may seem impressive, there are some aspects of the Vivo T1’s spec sheet that might not sound impressive at all. To begin, the phone comes with an LCD display which is a little disappointing considering most phones in this price bracket opt for AMOLED displays now. The triple camera setup on the phone may be bringing a 50-megapixel main sensor, but the other two sensors are merely 2 megapixels each. There is a 2-megapixel macro and a 2-megapixel bokeh sensor, both of which make us wonder why Vivo even bothered putting them on the phone. They feel more like show ponies than anything else.

Similarly, the phone has a large 5,000 mAH battery but it comes with just an 18 W charger in the box which is quite unimpressive by today’s standards, where fast charging is getting lightning fast (35 W, 65 W and so on). And while the phone has a 3.5 mm audio jack, there are no stereo speakers, which are now being increasingly seen in this segment.

Will face a tough battle in shark-infested mid-segment waters

With its starting price of Rs 15,999 for the 4 GB/ 128 GB version, the Vivo T1 5G may be setting itself up for a tough battle. Yes, the phone comes with a new processor– the Qualcomm Snapdragon 695 (the performance of which is yet to be tested, though) and Android 12 out of the box, but other than that, it does not have any major strong specs card up its sleeve. In fact, most of its specs can be mentioned with a “but.”

It comes with a tall 6.58-inch full HD+ display with a 120 Hz refresh rate, but it is an LCD display, not an AMOLED one. It has a triple camera arrangement, but the supporting cameras are merely 2 megapixels each. Then comes the 5,000 mAh battery, which is large, but does not bring as fast charging support as others bring in this category.

The likes of the Redmi Note 11 series, the Realme 8 series, the Poco X3 and X3 Pro and the Motorola Moto G71 all come with similar or even better specs in some departments and are in the same price zone. Will the Vivo T1 5G be able to survive in this sea of competitive sharks? Only time can tell, but it seems like it’s going to have to fight hard to stay alive 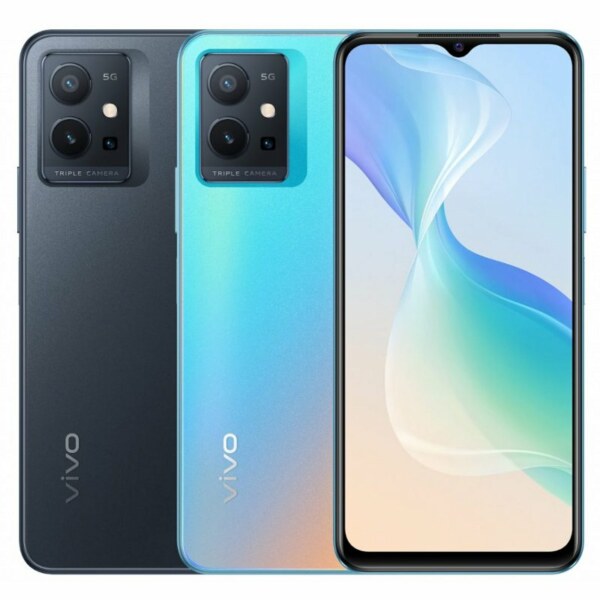