The second attempt from Beetel in the tablet wars has some punch but is a little too heavy.

Beetel entered the tablet market with Beetel Magiq in August this year. Although the cost, which is the deciding factor for many tablet buyers, proved to be right, the inferior display and touch technology were not appreciated.

Learning from its mistakes, Beetel has announced another tablet for the Indian audience in the form of Beetel Magiq Glide. Almost identical to the older sibling from Beetel, this device, however, features a better display and a capacitive touchscreen as well. 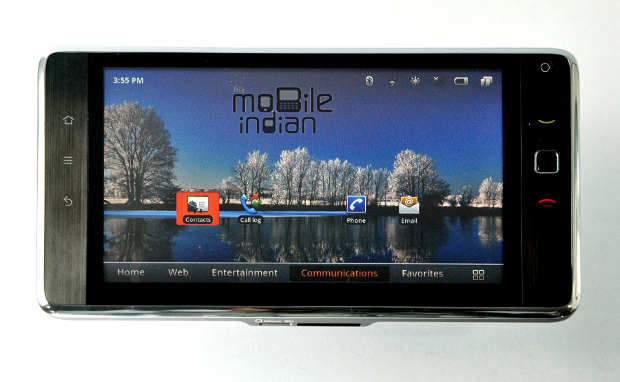 So let’s take a look at how this device performs.

Beetel Magiq Glide has a nice look. The tablet comes in shades of bronze and chrome, which give it a nice color scheme and a much needed break from the monotonous blacks. This in itself makes it attractive. The tablet has a slightly wider screen than the standard, which makes this tablet look larger. The back stand is a nice inclusion and proves to be a life saver during multimedia playback and video chats. 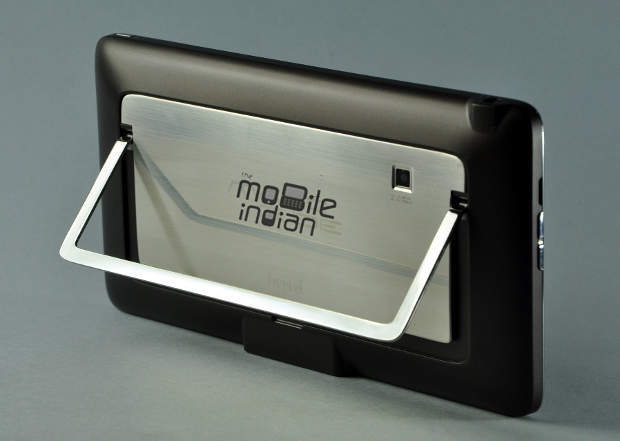 The design, as we mentioned, is inspired by Beetel Magiq. Glide is bigger than the usual 7 inch tablets and its screen ratio is different than that of a 16:9 display featured on most devices.

The edges of the tablet have been rounded to make it comfortable to carry while the chrome accents surely add a touch of class. 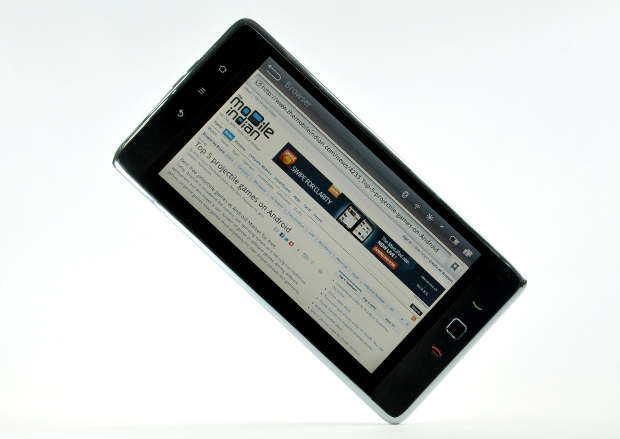 The bezel around the tablet is wide and houses the call connect and disconnect keys on the right. On the left it houses the Android function keys. One disappointing aspect of the design is the inclusion of non touch-sensitive buttons that are, in addition, cleverly at the same level as the bezel, making it difficult for a new user to understand that these buttons need to be pressed hard. They appear to be ornamental, but aren’t. They actually work.

Although the company has improved the display quite a bit, the low resolution screen still fails to compete with other products in the market. Brightness levels are good but it lacks variance and vibrancy. Also, gamma levels of the display are not tuned properly, leaving visuals over-illuminated at the wrong parts, which distorts them. The screen’s resolution is the same as that of Beetel Magiq at 800 x 480 pixels, which is good only for basic tasks. The display is powered by a graphics engine and the screen is responsive enough for playing videos without lag, but isn’t good enough for gaming.

The touch technology used in the tablet is a capacitive one. But a huge disappointment lurks underneath it and that is that the device lacks multi-touch, so you cannot pinch to zoom. Also, it feels like the older tablet has been given just a face lift or a display change as even with a capacitive touchscreen there continues to be a trackpad, similar to the Beetel Magiq. The trackpad would be useless with a capacitive touchscreen, but is actually quite useful when the screen fails to respond.

The device features a hard plastic body, which is sturdy enough to handle most day to day jerks and bruises, but the big 7 inch display might be a little too fragile to survive a fall. Overall, the device has good build quality like the other devices from Beetel. Also, the battery cover is made of metal, which adds a few extra grams to this tablet but also adds to the overall sturdiness of the device. 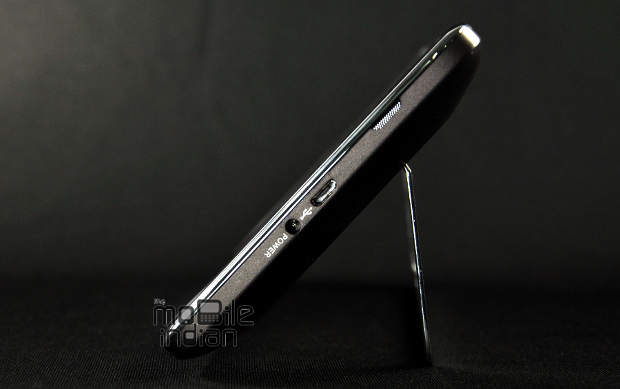 Beetel Magiq Glide features a 768 MHz processor with integrated display processor which is a whole 200 MHz slower than its predecessor. The 600 MHz processor is the bare minimum you need to run a device, so the slow processor definitely affects the performance of the tablet.

The processor is coupled with 512 MB of RAM, which is okay and allows the device to have some space for applications. On the performance front Beetel Magiq Glide is nothing more than a low cost tablet so do not expect it to do wonders as there is only so much a tablet of this price can do. 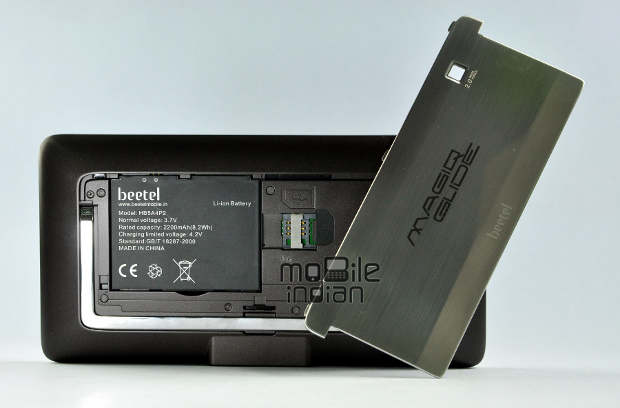 For internet connectivity the device uses WiFi and cellular data, or a SIM card. WiFi is good and speedy while cellular data is really a big plus in case there is no WiFi, but be wary about battery consumption.

Beetel Magiq Glide plays multimedia well and due to Froyo 2.2 most of its applications can be installed on an SD card through some specialised applications. This retains system memory and keeps the device speedy. There is a long list of audio and video codecs supported by this tablet natively, plus users can easily download applications from Android Market. The device comes with an 8 GB SDHC storage card, but can take up to 16 GB. 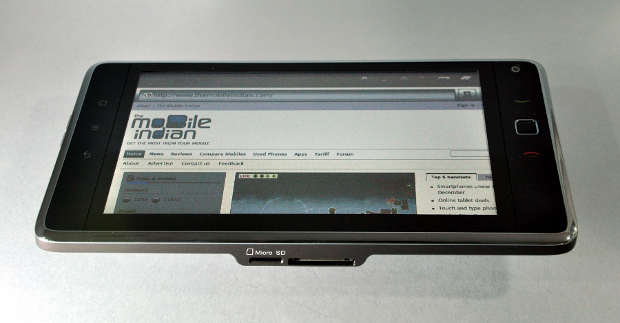 There are two cameras of two megapixel units each, one at the back and one in the front of the device. They do a very ordinary job of capturing visuals, with acceptable image quality in well-lit conditions. Low light conditions work against these cameras. The front facing camera can be used for video calling and for capturing still images in VGA resolution, but it can capture 2 megapixel images as well with a change in settings. There are built in speakers which do a good job and there is also a mic for calls so users can talk or make calls using the tablet alone, without the need of a handsfree kit.

One of the biggest disadvantages of Beetel Magiq Glide is its battery, which is miserable. The device has a 2200 mAh battery that fails to provide power for even a reasonable period of time. The battery pack could have been bigger considering that Fly Vision tablet, a competitor of Magiq Glide, which is cheaper than the Glide, features a 4000 mAh battery. The Glide’s battery powers the device for a maximum of 3 hours of normal use, which is not at all good for a tablet. The device also takes a really long time &#151 of around 4 hours &#151 to charge fully. You can use the PC USB connection to charge the device but it still takes about as much time. 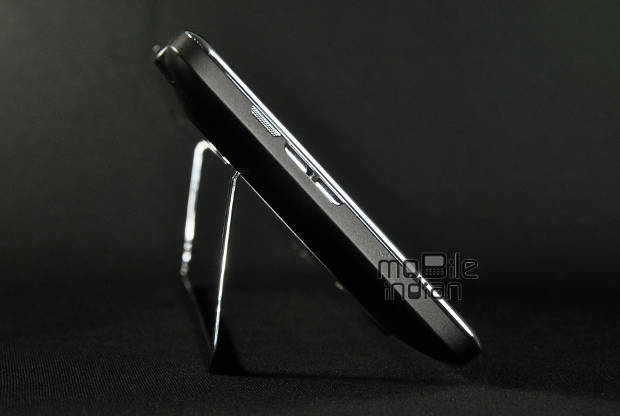 Although Beetel might have changed the display of the device along with the touch technology the tablet still is a bit of a letdown due to its poor battery life and lack of multi-touch capability. Also, the tablet is super heavy at 500 grams, making it much heavier than Samsung’s 10 inch devices and about as heavy as the Acer Iconia, which too is a 10 inch tablet with a much bigger battery pack. There is no justification for the added weight as the battery pack is small and the body is made of hard plastic. Anyway, the tablet is priced at around Rs 12,000 but is available for around Rs 10,000 making it a good choice for those who have a tighter pocket, but before buying it be ready to lug the charger around with you at all times.